In mouse studies, the specialized grafts integrated with host networks and behaved much like neurons in a healthy, undamaged spinal cord 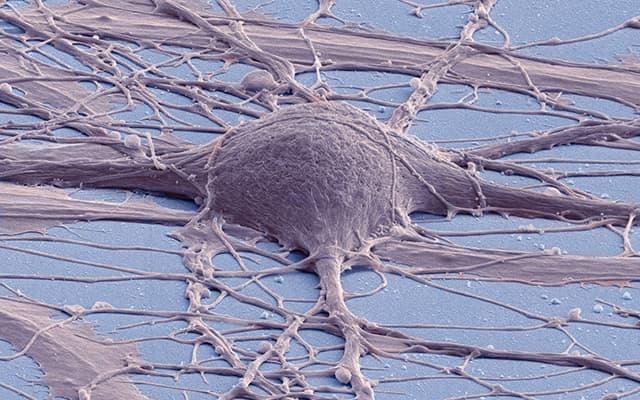 Using stem cells to restore lost functions due to spinal cord injury (SCI) has long been an ambition of scientists and doctors. Nearly 18,000 people in the United States suffer SCIs each year, with another 294,000 persons living with an SCI, usually involving some degree of permanent paralysis or diminished physical function, such as bladder control or difficulty breathing.

Until this study, said the study’s first author Steven Ceto, a postdoctoral fellow in the lab of Mark H. Tuszynski, MD, PhD, professor of neurosciences and director of the Translational Neuroscience Institute at UC San Diego School of Medicine, neural stem cell grafts being developed in the lab were sort of a black box.

Although previous research, including published work by Tuszynski and colleagues, had shown improved functioning in SCI animal models after neural stem cell grafts, scientists did not know exactly what was happening.

“We knew that damaged host axons grew extensively into (injury sites), and that graft neurons in turn extended large numbers of axons into the spinal cord, but we had no idea what kind of activity was actually occurring inside the graft itself,” said Ceto. “We didn’t know if host and graft axons were actually making functional connections, or if they just looked like they could be.”

Ceto, Tuszynski and colleagues took advantage of recent technological advances that allow researchers to both stimulate and record the activity of genetically and anatomically defined neuron populations with light rather than electricity. This ensured they knew exactly which host and graft neurons were in play, without having to worry about electric currents spreading through tissue and giving potentially misleading results.

They discovered that even in the absence of a specific stimulus, graft neurons fired spontaneously in distinct clusters of neurons with highly correlated activity, much like in the neural networks of the normal spinal cord. When researchers stimulated regenerating axons coming from the animals’ brain, they found that some of the same spontaneously active clusters of graft neurons responded robustly, indicating that these networks receive functional synaptic connections from inputs that typically drive movement. Sensory stimuli, such as a light touch and pinch, also activated graft neurons.

“We showed that we could turn on spinal cord neurons below the injury site by stimulating graft axons extending into these areas,” said Ceto. “Putting all these results together, it turns out that neural stem cell grafts have a remarkable ability to self-assemble into spinal cord-like neural networks that functionally integrate with the host nervous system. After years of speculation and inference, we showed directly that each of the building blocks of a neuronal relay across spinal cord injury are in fact functional.”

Tuszynski said his team is now working on several avenues to enhance the functional connectivity of stem cell grafts, such as organizing the topology of grafts to mimic that of the normal spinal cord with scaffolds and using electrical stimulation to strengthen the synapses between host and graft neurons.

“While the perfect combination of stem cells, stimulation, rehabilitation and other interventions may be years off, patients are living with spinal cord injury right now,” Tuszynski said. “Therefore, we are currently working with regulatory authorities to move our stem cell graft approach into clinical trials as soon as possible. If everything goes well, we could have a therapy within the decade.”