Illumination drives bats out of caves

No matter the color of the light 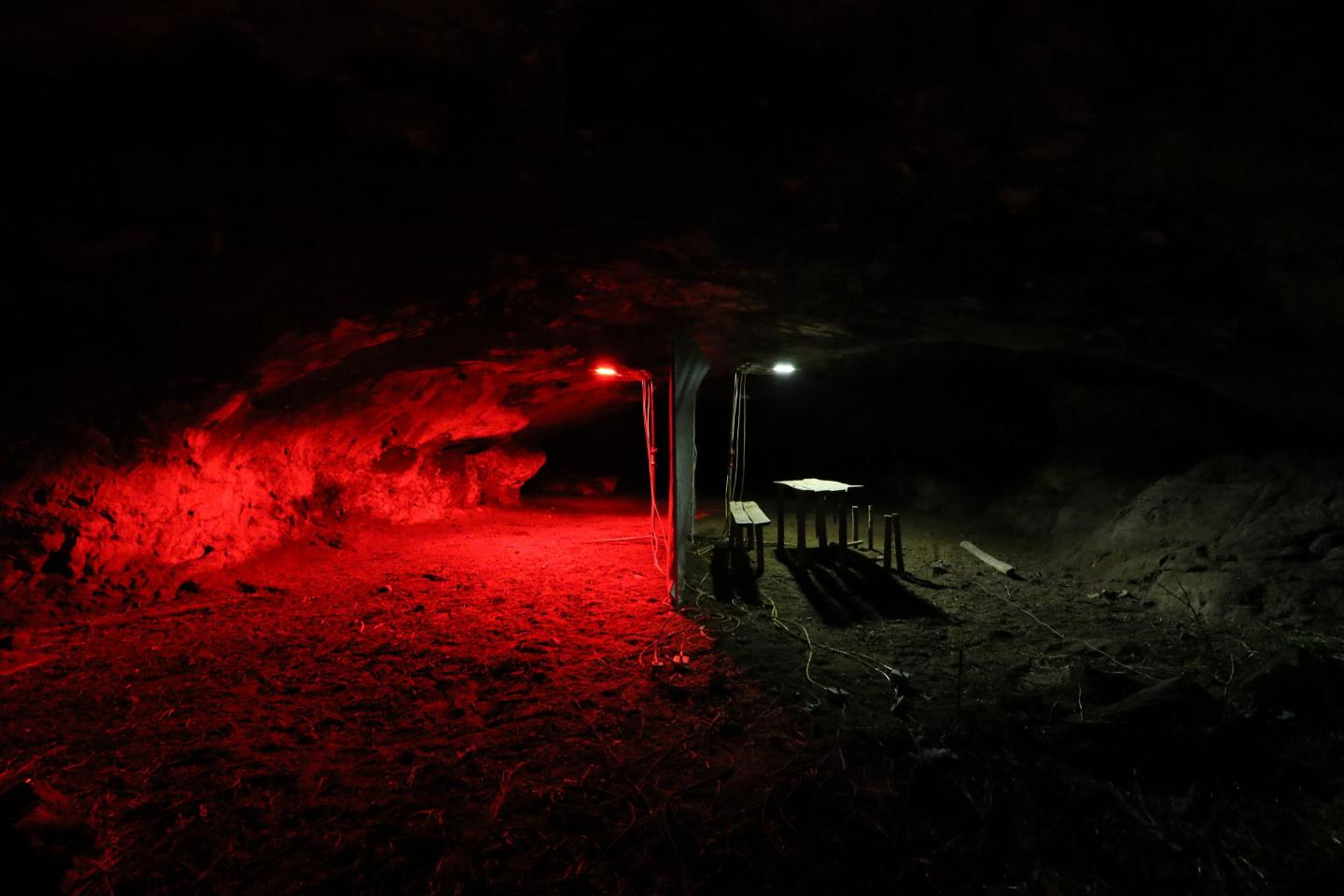 Artificial light influences the behaviour of many nocturnal animals such as bats, which are very sensitive to all types of lighting. Particularly critical is the illumination of natural caves in which bats roost. Cave illumination is widespread in tourist areas worldwide and disturbs the animals in their resting places. Researchers of the Leibniz Institute for Zoo and Wildlife Research (Leibniz-IZW) and the Max Planck Institute for Ornithology (MPIO) have now investigated how the illumination of bat caves affects the animals’ behaviour and whether the colour of light makes a difference on their flight and emergence activity. Although red light irritates the small mammals somewhat less than white light, from the researchers’ point of view neither the entrance nor the interior of bat caves should be illuminated if bats are present. The results are published in the journal Global Ecology and Conservation.

With two experiments the scientists tested how bats respond to the lighting of cave entrances and cave interiors and whether they show a preference for certain colours. The first experiment took place in a natural cave at the Siemers Bat Research Station in Tabachka in northern Bulgaria. Four bat species live here, including the common bent-wing bat Miniopterus schreibersii and Myotis capaccinii, the long-fingered bat. The six meter long and four meter wide entrance of the Zorovitsa Cave, which serves more than 1,000 animals as a daytime roost, was divided: Alternately one half was left unlit, while the other was briefly lit with white, amber or red LEDs. “With ultrasonic detectors, we measured which part of the cave entrance the bats used based on their acoustic activity,” explains Voigt. The result: the animals avoid all light colours and prefer the dark entrance.

In order to find out how bats react to these different light colours inside the cave, the research team conducted an experiment in a flight room. The team captured 16 specimens of M. schreibersii and 21 M. capaccinii, which were released after the short experiments. In the simulated quarter – consisting of a windowless room divided almost entirely by a wall in the middle – they let the animals fly for 14 minutes each. The “participants” could decide for themselves whether they preferred to stay in the illuminated or dark part and were observed with infrared cameras and ultrasonic detectors. The results show again that bats react very sensitively to any light. Only if the dark was not a choice they showed a slight preference for red light over amber and white.

“It does not come as surprise that light drives bats out of their roosts. But now we also know that this happens almost independently of the light colour,” explains Voigt. “We therefore recommend that lighting is not used at all inside or at the entrance to caves that are inhabited by bats.” For bats, light means a high risk of being attacked by an owl or other birds of prey, but also by cats. That is why bats in and around quarters avoid bright illumination, regardless of colour.

In many European countries, street lighting is currently being switched to energy-saving LEDs. LEDs can easily be used in almost any light colour. The inexpensive and durable light-emitting diodes are used in many places for purely aesthetic purposes, for example to illuminate historical buildings – often in addition to conventional spotlights. In tourist areas in particular, caves where bats sometimes spend the day are colourfully illuminated day and night as a tourist attraction. Some LED manufacturers state that their products are particularly bat-friendly thanks to amber and red light instead of white light. Since the animals’ eyes are particularly sensitive to short-wave UV light, they should be less able to perceive these colours, which are at the long-wave end of the light spectrum. The investigation of Voigt and his colleagues now shows that this theory is not entirely wrong, but in reality makes amber or red light not necessarily more acceptable for bats than any other colour.

Researchers to tackle the mysteries of the AI ‘black boxâ problem