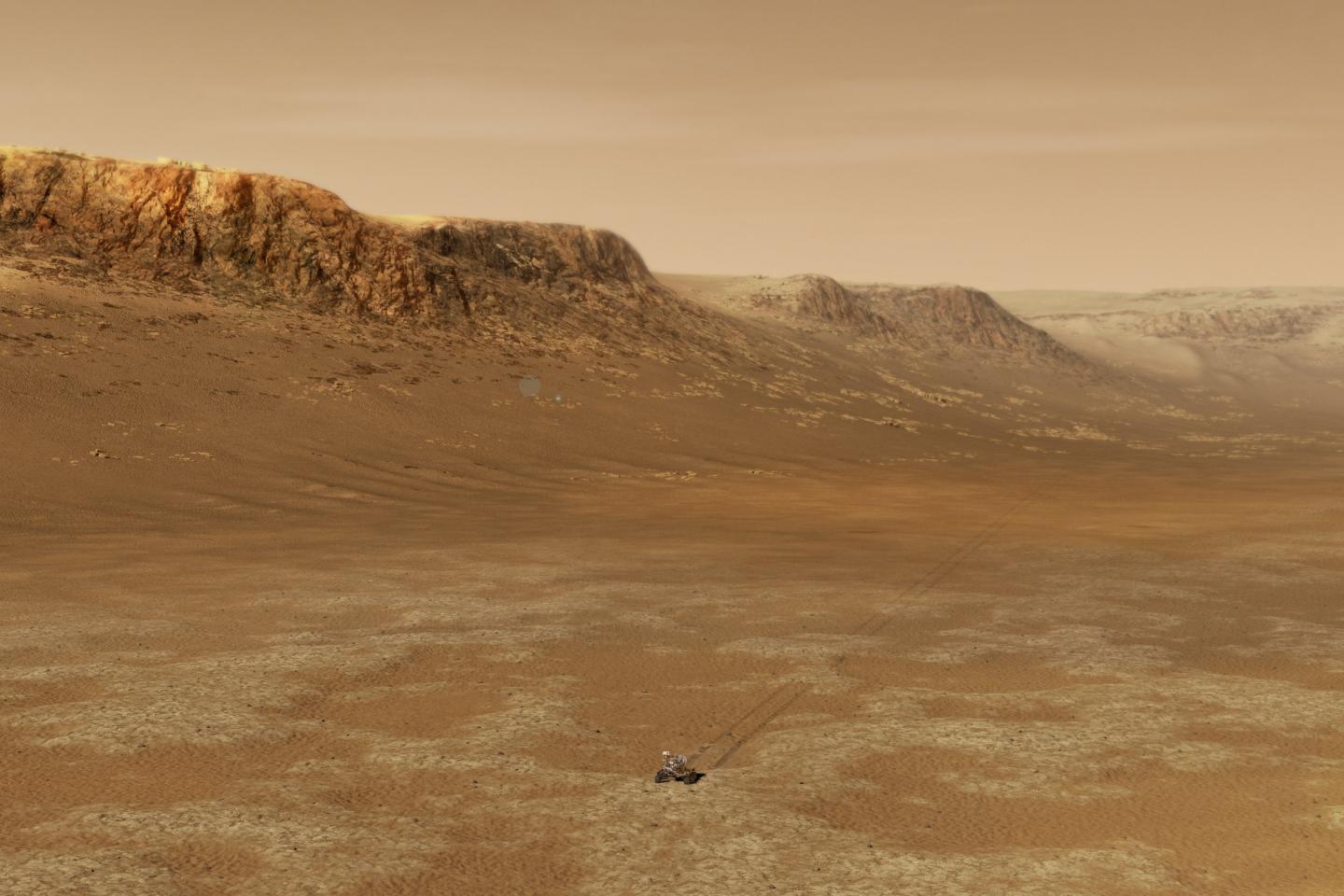 One of the great mysteries of modern space science is neatly summed up by the view from NASA’s Perseverance, which just landed on Mars: Today it’s a desert planet, and yet the rover is sitting right next to an ancient river delta.

The apparent contradiction has puzzled scientists for decades, especially because at the same time that Mars had flowing rivers, it was getting less than a third as much sunshine as we enjoy today on Earth.

But a new study led by University of Chicago planetary scientist Edwin Kite, an assistant professor of geophysical sciences and an expert on climates of other worlds, uses a computer model to put forth a promising explanation: Mars could have had a thin layer of icy, high-altitude clouds that caused a greenhouse effect.

“There’s been an embarrassing disconnect between our evidence, and our ability to explain it in terms of physics and chemistry,” said Kite. “This hypothesis goes a long way toward closing that gap.”

Of the multiple explanations scientists had previously put forward, none have ever quite worked. For example, some suggested that a collision from a huge asteroid could have released enough kinetic energy to warm the planet. But other calculations showed this effect would only last for a year or two–and the tracks of ancient rivers and lakes show that the warming likely persisted for at least hundreds of years.

Kite and his colleagues wanted to revisit an alternate explanation: High-altitude clouds, like cirrus on Earth. Even a small amount of clouds in the atmosphere can significantly raise a planet’s temperature, a greenhouse effect similar to carbon dioxide in the atmosphere.

The idea had first been proposed in 2013, but it had largely been set aside because, Kite said, “It was argued that it would only work if the clouds had implausible properties.” For example, the models suggested that water would have to linger for a long time in the atmosphere–much longer than it typically does on Earth–so the whole prospect seemed unlikely.

Using a 3D model of the entire planet’s atmosphere, Kite and his team went to work. The missing piece, they found, was the amount of ice on the ground. If there was ice covering large portions of Mars, that would create surface humidity that favors low-altitude clouds, which aren’t thought to warm planets very much (or can even cool them, because clouds reflect sunlight away from the planet.)

But if there are only patches of ice, such as at the poles and at the tops of mountains, the air on the ground becomes much drier. Those conditions favor a high layer of clouds–clouds that tend to warm planets more easily.

The model results showed that scientists may have to discard some crucial assumptions based on our own particular planet.

“In the model, these clouds behave in a very un-Earth-like way,” said Kite. “Building models on Earth-based intuition just won’t work, because this is not at all similar to Earth’s water cycle, which moves water quickly between the atmosphere and the surface.”

Here on Earth, where water covers almost three-quarters of the surface, water moves quickly and unevenly between ocean and atmosphere and land–moving in swirls and eddies that mean some places are mostly dry (the Sahara) and others are drenched (the Amazon). In contrast, even at the peak of its habitability, Mars had much less water on its surface. When water vapor winds up in the atmosphere, in Kite’s model, it lingers.

“Our model suggests that once water moved into the early Martian atmosphere, it would stay there for quite a long time–closer to a year–and that creates the conditions for long-lived high-altitude clouds,” said Kite.

NASA’s newly landed Perseverance rover should be able to test this idea in multiple ways, too, such as by analyzing pebbles to reconstruct past atmospheric pressure on Mars.

Understanding the full story of how Mars gained and lost its warmth and atmosphere can help inform the search for other habitable worlds, the scientists said.

“Mars is important because it’s the only planet we know of that had the ability to support life–and then lost it,” Kite said. “Earth’s long-term climate stability is remarkable. We want to understand all the ways in which a planet’s long-term climate stability can break down–and all of the ways (not just Earth’s way) that it can be maintained. This quest defines the new field of comparative planetary habitability.”