ICARUS has been switched on: Testing has started 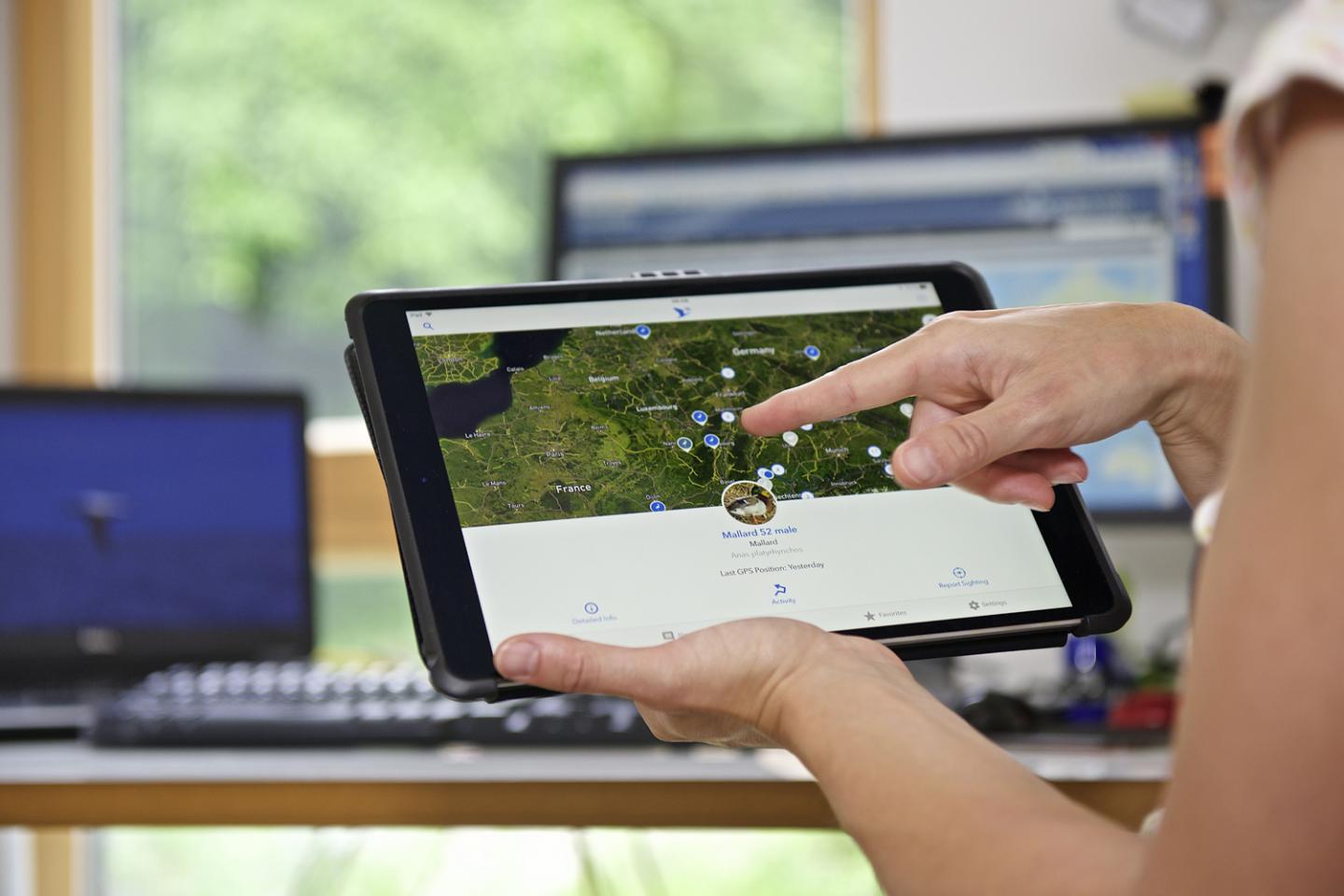 To analyze global animal movements from space and to understand how large numbers of animals and their movements interact with ecosystems: the ICARUS antenna system on the International Space Station (ISS) will allow researchers from around the world to investigate animal migrations via transmitters. ICARUS commenced operations on Wednesday, 10 July 2019. This marks the beginning of an approximately four-month-long test phase, during which all systems are checked and technical issues are resolved. For instance, when the systems were first started, it became apparent that the cooling fans are currently drawing too much current. Once the test phase has been completed, ICARUS is expected to be ready for use by international researchers in the fall/winter of 2019. ICARUS is a joint project between the Max Planck Institute of Animal Behavior in Konstanz and the University of Konstanz in cooperation with the Russian space agency Roscosmos and the German Aerospace Center (DLR). The animal movement data collected by ICARUS are freely available in the existing Movebank database. The Ministry of Science, Research and the Arts (MWK) of Baden-Württemberg recently approved the “Movebank 2.0” project, which will further develop the database for the processing of more complex and larger quantities of data.

“ICARUS will help us answer important questions about the animals on our planet: Which migratory routes do they follow? Under what conditions do they live? And how can we best protect them?”, explains project leader Professor Martin Wikelski, director of the Max Planck Institute of Animal Behavior and honorary professor at the University of Konstanz. Signals released by miniature transmitters attached to animals are received by ICARUS on the ISS. As a result of its positioning in space, the ICARUS antenna is able to collect animal movement data from around the world. Not only will researchers be able to use this data to identify migration routes across countries and continents, but this information will also enhance their understanding of the animals’ previously hidden interactions with the ecological environment: by collecting and consolidating the movement patterns of thousands of animals, ICARUS creates a map of the interactions between the animals and their habitats on our planet. ICARUS is a key project in the University of Konstanz’s research area of Collective Behaviour. Its data will be utilized by, among others, the University of Konstanz’s Cluster of Excellence “Centre for the Advanced Study of Collective Behaviour”, which has been funded through the German Excellence Strategy since January 2019. “ICARUS opens up major opportunities for global tracking of animal collectives, and will make important advancements to our understanding of collective sensing and intelligence”, comments Professor Iain Couzin, co-speaker of the cluster.

Both the ICARUS on-board computer and antenna were previously transported to the ISS in 2017/2018. During a spacewalk on 15 August 2018 lasting almost seven hours, the antenna was attached to the space station’s exterior. Now that the ICARUS systems were activated as planned on 10 July 2019, engineers and research teams will begin to test all system components during a four-month test phase. They will carry out thorough assessments of the transmission of data between animal transmitters, the ICARUS antenna, and the ground station. To make the worldwide observation of thousands of animals possible, large amounts of data must be relayed smoothly and safely from the transmitters into space and back to Earth. Initially, the researchers will use a simulator to test the transmission capability and quality of a large number of transmitters before real transmitters relay their data from test areas in both Germany and Russia into space. When all of the tests are completed and the test results have been evaluated, ICARUS is expected to officially commence routine operations at the end of 2019. The ICARUS research projects will be coordinated by the Max Planck Institute of Animal Behavior and the University of Konstanz in Germany together with the Institute of Geography of the Russian Academy of Sciences (IG-RAS) in Moscow, Russia.

The movement data received by ICARUS are first transmitted to a ground station and then relayed into the freely accessible Movebank database. The data are also made available to the public via the free “Animal Tracker” smartphone app. The ICARUS transmitters can relay more than just movement data: information on the health of the animals (e.g. heart rate measurements) and their environmental conditions (e.g. weather data) are collected as well. In the future, Movebank will face increased demands in regard to the storage and processing of this diverse data. For this reason, the MWK-funded “Movebank 2.0” project was recently initiated to further develop the database. To optimize the processing of large amounts of data, the database is being expanded to include improved metadata schemes as well as data analysis and visualization tools. “Movebank 2.0” is a joint project between the research team of Falk Schreiber, Professor of Life Science Informatics at the University of Konstanz, and the Open Science team of the Communication, Information and Media Centre (KIM) at the University of Konstanz. In addition to being utilized in university teaching, “Movebank 2.0” will also provide members of the public the opportunity to contribute to the further development of its database within the context of a citizen science project.

Caption: The ICARUS antenna system on the International Space Station (ISS) will allow researchers from around the world to investigate the movement of animals anywhere around the world. The movement data received by ICARUS are made available to the public via the “Animal Tracker” app, pictured here.

Getting to zero malaria cases in zanzibar

Evaluating risk of death, complications in patients with heart failure after ambulatory, noncardiac