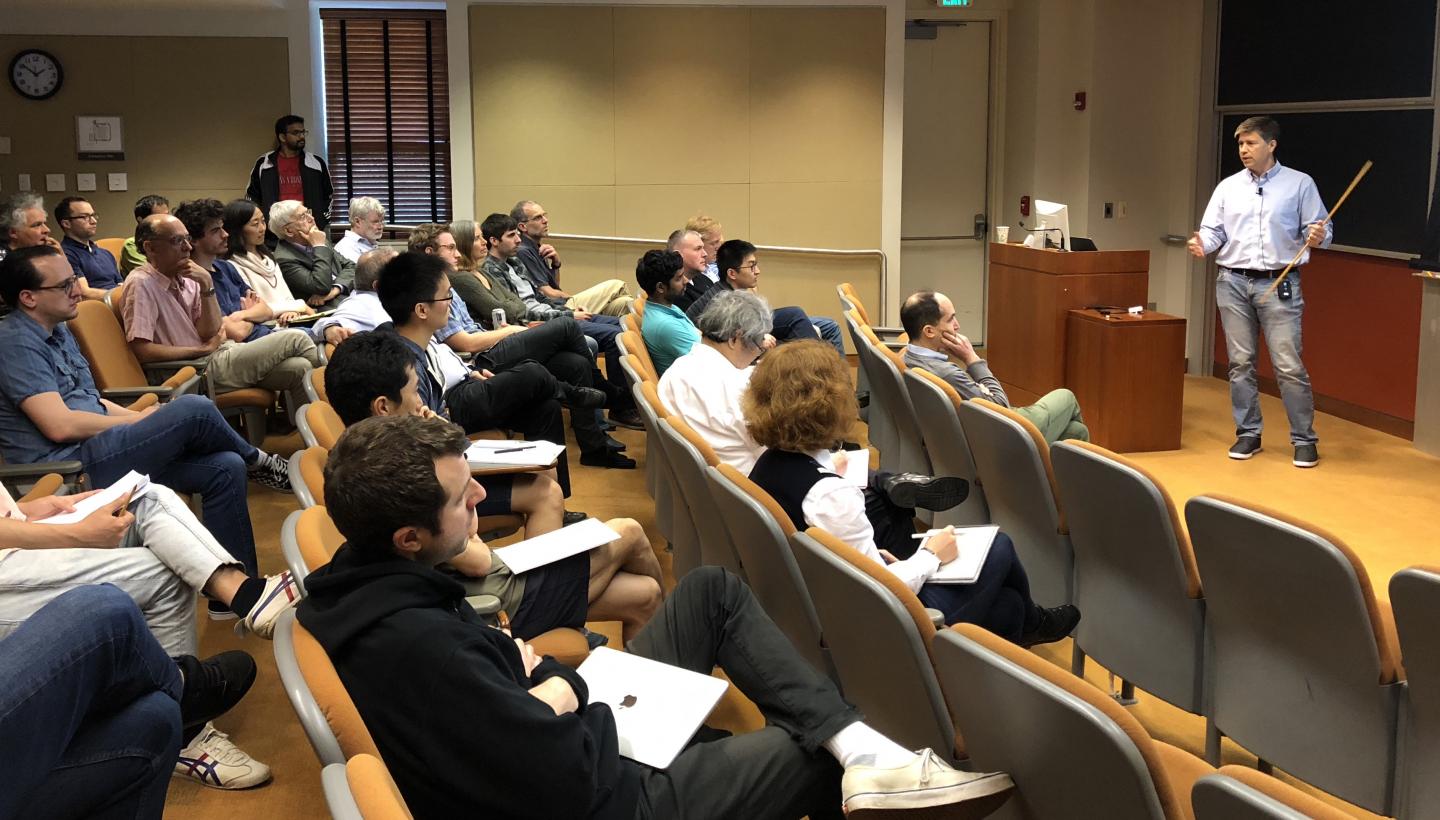 Scholars at the Institute for Advanced Study (IAS) recently submitted a paper announcing the discovery of six new binary black hole mergers that exceed the detection thresholds defined by the LIGO-Virgo Collaboration (LVC), the group responsible for the first direct observation of gravitational waves on February 11, 2016.

Taking data made public by the LVC, the IAS team applied a unique set of signal processing techniques to detect these cataclysmic events, nearly doubling the total number of binary black hole mergers found during LVC’s second observing run (O2) from 7 to 13. A previous paper by the team, released in March 2019, found one new merger in addition to the three identified in the original LVC observing run (O1).

By increasing the number of observations, researchers will be better able to understand the formation, specific properties, evolution, and ultimate demise of these systems through the ripples they send across the fabric of spacetime. The team’s results also reveal diversity among these systems, from the rate of spin to the direction of spin relative to the orbit.

These discoveries mark the first time that a group outside of the LVC has been able to analyze gravitational wave data to detect binary black hole mergers not previously identified by the LVC. Tejaswi Venumadhav, an author of the paper and Member in the IAS School of Natural Sciences, stated, “We want to be able to use these methods to squeeze the most out of existing data.”

LVC recently announced its third observing run (O3), which began on April 1, 2019. In addition to hardware upgrades implemented between observing runs that allow scientists to peer deeper into the universe, the methods pioneered by IAS researchers now provide another vital tool to maximize the return on data analysis, while increasing the total observable volume within the universe by a factor of two.

“I think one important consequence of this analysis is that it illustrates the importance of making this type of observational data public. Doing so acknowledges that the broader scientific community can bring significant innovations to the table and that the internal analysis of the data does not mark the end of discovery,” stated Barak Zackay, Peter Svennilson Member in the School of Natural Sciences.

The IAS team consists of Matias Zaldarriaga, Professor in the School of Natural Sciences; Members in the School Tejaswi Venumadhav, Barak Zackay, and Liang Dai; and Javier Roulet of Princeton University’s Department of Physics.

A link to the paper regarding the team’s analysis of data from O2 is available here:
https://arxiv.org/pdf/1904.07214.pdf

The Institute for Advanced Study is one of the world’s foremost centers for theoretical research and intellectual inquiry. Located in Princeton, N.J., the IAS is dedicated to independent study across the sciences and humanities. Founded in 1930 with the motto “Truth and Beauty,” the Institute is devoted to advancing the frontiers of knowledge without concern for immediate application. From founding IAS Professor Albert Einstein to the foremost thinkers of today, the IAS enables bold, nonconformist, field-leading research that provides long-term utility and new technologies, leading to innovation and enrichment of society in unexpected ways.

Each year, the Institute welcomes more than 200 of the world’s most promising researchers and scholars who are selected and mentored by a permanent Faculty, each of whom are preeminent leaders in their fields. Comprised of four Schools–Historical Studies, Mathematics, Natural Sciences, and Social Science–IAS has produced an astounding record of introducing new understanding and is responsible for undeniable progress across disciplines and generations, from the development of one of the first stored-program computers to the establishment of art history as a discipline in the United States. Among its present and past Faculty and Members are 33 Nobel Laureates, 42 of the 60 Fields Medalists, and 18 of the 20 Abel Prize Laureates, as well as many MacArthur Fellows and Wolf Prize winners.

New in the Hastings Center Report: Federal right-to-try, the gamification of science, & more