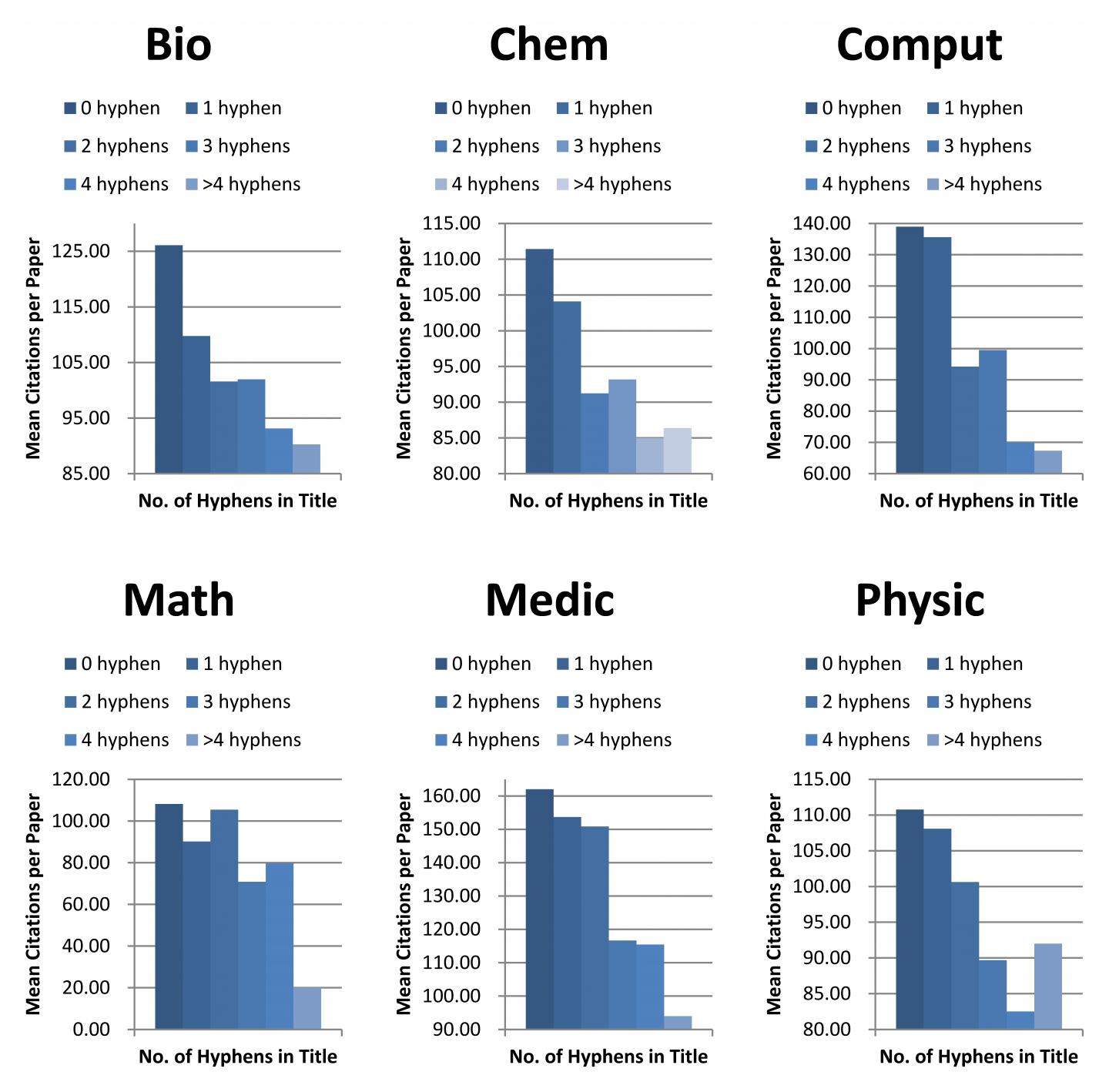 According to the latest research results, the presence of simple hyphens in the titles of academic papers adversely affects the citation statistics, regardless of the quality of the articles. The phenomenon applies to all major subject areas. Thus, citation counts and journal impact factors, commonly used for professorial evaluations in universities worldwide, are unreliable.

This breakthrough finding poses a fundamental challenge to the rule of the game in determining the contributions of papers, journals, and professors. It is unveiled in a paper titled “Metamorphic Robustness Testing: Exposing Hidden Defects in Citation Statistics and Journal Impact Factors” by Zhi Quan Zhou, T.H. Tse, and Matt Witheridge, recently published in IEEE Transactions on Software Engineering, the top journal in the field.

Scopus and Web of Science are the two leading citation indexing systems. Scopus provides the citation statistics to support the Times Higher Education World University Rankings and the QS World University Rankings. Web of Science provides the journal impact factor that supports the ranking of major journals. Because of the importance of these two indexing systems, it is essential to assure their quality. In particular, robustness testing refers to the verification of the systems’ ability to deal with erroneous inputs or unexpected situations. For example, can the indexing system handle a citation properly if there is a minor typo when quoting the paper title?

Professor Tse and team members proposed an innovative method named “metamorphic robustness testing” to verify Scopus and Web of Science. The in-depth study uncovered robustness defects in both systems that might produce erroneous citation counts for papers with hyphens in the titles, so that the journal impact factors subsequently computed are problematic.

Back in 2015, Letchford and colleagues conducted a large-scale study on Scopus, and found that papers with shorter titles tended to be cited more than those with longer titles. Their results were widely reported in international media including Science and Nature.

Citation practices vary across subject areas. Publications in certain fields may have systematically higher citation counts than in other fields. For example, one may argue that papers in chemistry (where paper titles often carry hyphens as part of the chemical nomenclature) only receive relatively limited numbers of citations, giving rise to a spurious negative correlation between hyphens and citations. Hence, the team carried out focused studies on journals in specific subject areas. The results indicated that hyphens adversely affect the citation counts of papers even if the study is only limited to some particular discipline.

To build on the findings at the article and discipline levels, the team investigated the impact of hyphens in paper titles at the journal level. Journal impact factor (JIF) is a common metric for determining the citation frequency of an academic journal. It is frequently used to represent the relative importance of a journal within its field. A software engineering field-wide study reveals that the higher JIF-ranked journals are publishing a lower percentage of papers with hyphenated titles.

The team further conducted an analysis of the validity of the research to avoid falling into the trap of equating correlation with causation.

“Our results question the common belief by the academia, governments, and funding bodies that citation counts are a reliable measure of the contributions and significance of papers. In fact, they can be distorted simply by the presence of hyphens in article titles, which has no bearing on the quality of research. Similarly, our results also challenge the validity of journal impact factors,” said Professor Tse.

“These surprising results are of interest not only to professors seeking tenure or promotion, but also to the senior management such as presidents, deans, and heads. They are applicable to all faculties in any university,” he added.