An international team led by Uppsala University researchers has uncovered that eukaryotes (organisms with a cellular nucleus) have made hundreds of big leaps from sea to soil and freshwater habitats, and vice versa, during their evolution. The results, published in Nature Ecology and Evolution, also provide insights into what the habitats of our ancient microbial ancestors looked like. 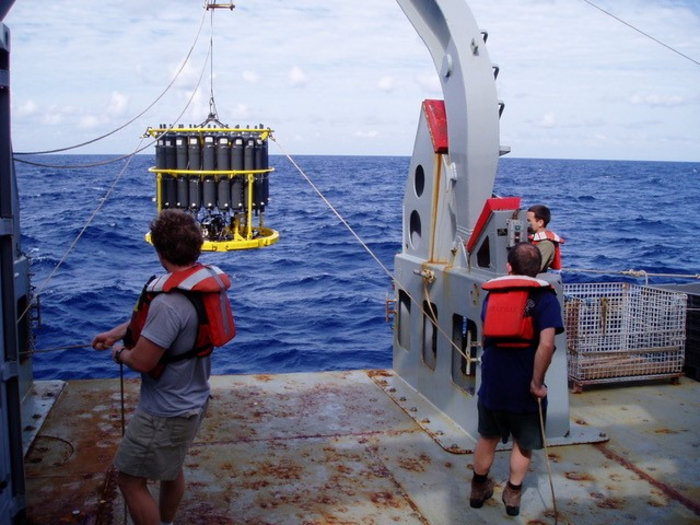 An international team led by Uppsala University researchers has uncovered that eukaryotes (organisms with a cellular nucleus) have made hundreds of big leaps from sea to soil and freshwater habitats, and vice versa, during their evolution. The results, published in Nature Ecology and Evolution, also provide insights into what the habitats of our ancient microbial ancestors looked like.

Major habitat transitions, such as moving to land from a life in the sea, are key evolutionary events that can spark explosions of diversity. However, it is unclear how frequent these habitat transitions have been across the eukaryotic tree of life, which comprises animals, plants, as well as a dazzling array of microbial diversity that can hardly be seen with the naked eye.

Now, scientists have investigated how habitat preference (marine or non-marine) has evolved across eukaryotes on a broad scale over the last 2 billion years or so. In particular, they sought to uncover the frequency and role of habitat transitions in the oft-overlooked microbial eukaryotes, which are incredibly diverse and contain groups such as ciliates, green algae, diatoms, fungi, amoebas etc. The scientists applied new technologies to sequence the DNA of microbes living in samples collected from boreal lakes, forest soils, the Indian Ocean, the Mariana Trench, and many other environments to study habitat transitions. By building large trees of the organisms found in these environments using their DNA sequences, scientists could look at patterns in the evolution of habitat preference.

“We found that organisms in the eukaryote tree of life are generally grouped by whether they live in the oceans, or in non-marine habitats like freshwater and soils,” says Mahwash Jamy, lead author of this study. “This finding confirms that adapting to a different salinity—or crossing the salt barrier—is difficult, even for microbes. However, we found that microbial eukaryotes have still managed to successfully establish themselves in new habitats several hundred times during their evolution, and we’re likely to discover more of these transition events as we sequence microbes from more locations. It’s likely that these difficult-to-achieve transitions have allowed colonising organisms to occupy vacant ecological niches, leading to the vast diversity of eukaryotes we see today.”

Interestingly, the researchers found that not all microbes are equally adept at colonising new habitats. “We were very surprised to find many instances where, for example, the DNA sequence of a fungus living 7,000 meters below the sea, is almost identical to the DNA sequence of a soil fungus. Such findings build on previous studies and suggest that fungi seem to be superheroes when it comes to adapting to completely different habitats and salinities, followed by diatoms and golden algae as distant seconds. These results raise even more questions about what makes fungi so special,” says Mahwash Jamy.

The evolutionary trees constructed from DNA sequences also allowed the researchers to peer deep into the past and infer what the habitats of our ancient microbial ancestors could have looked like. “It’s likely that two of the largest groups of eukaryotes, called SAR and Obozoa, each of which are much larger than the plant and animal kingdoms, arose in completely different habitats,” explains Fabien Burki, lead senior author of this study. “The SAR lineage, which includes groups like diatoms, ciliates, dinoflagellates, radiolarians etc., first arose in the Precambrian oceans. On the other hand, the ancestral Obazoan, which has now diversified into fungi, animals, choanoflagellates, and amoebozoans, likely inhabited non-marine habitats”.

“Our study shows that the salinity shift between marine and non-marine habitats has played an important role in shaping eukaryotic evolution. There is a lot more exciting research to be done now, and the next step will be to turn to genomics to find out what genetic mechanisms are underlying these seminal evolutionary events,” says Mahwash Jamy.