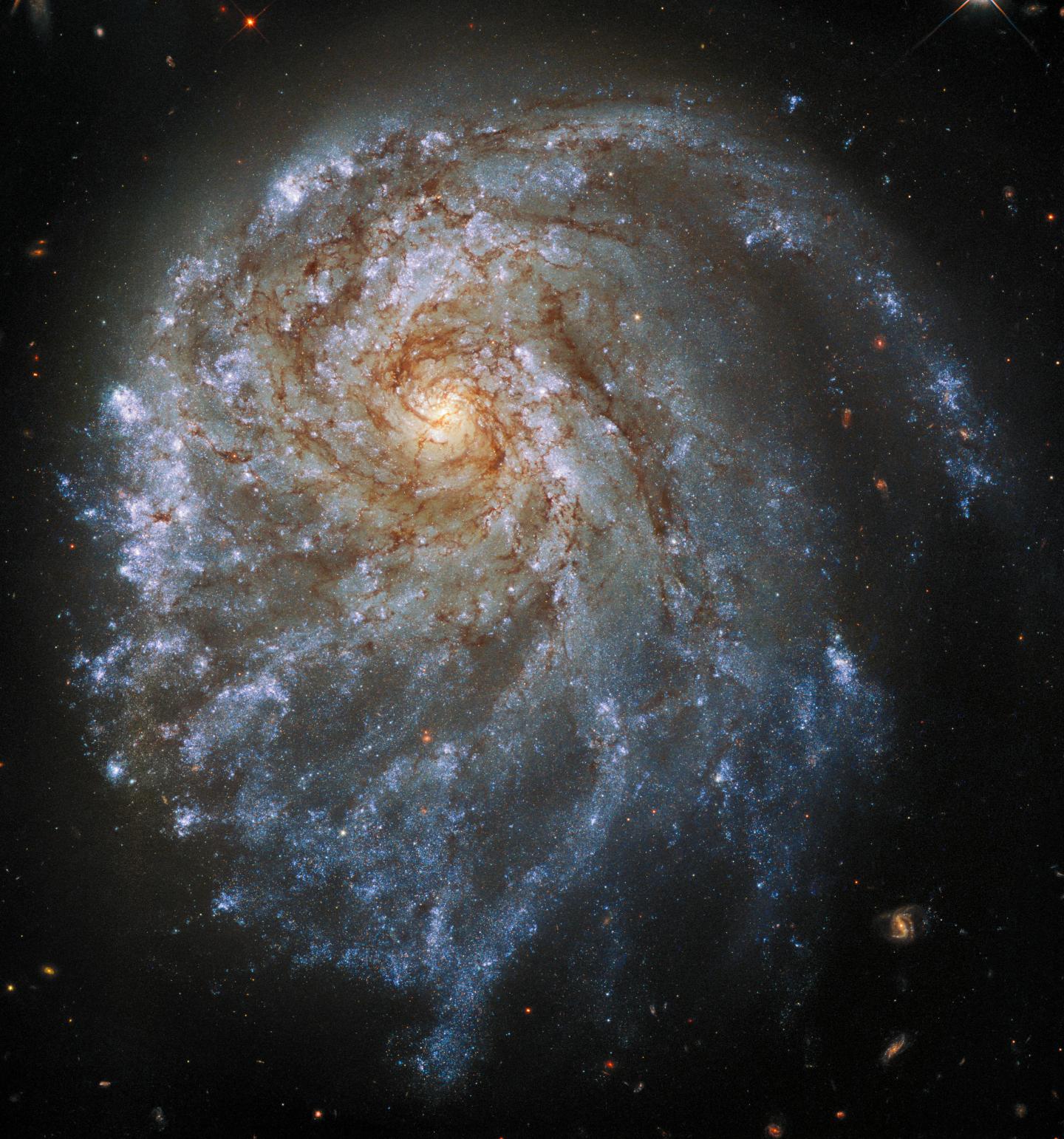 This striking image showcases the unusually contorted appearance of NGC 2276, an appearance caused by two different astrophysical interactions — one with the superheated gas pervading galaxy clusters, and one with a nearby galactic neighbour.

On the other side of the galaxy from this burst of new stars, the gravitational attraction of a smaller companion is pulling the outer edges of NGC 2276 out of shape. This interaction with the small lens-shaped galaxy NGC 2300 has distorted the outermost spiral arms of NGC 2276, giving the false impression that the larger galaxy is orientated face-on to Earth [1]. NGC 2276 and its disruptive companion NGC 2300 can both be seen in the accompanying image, which shows a wider view of the interacting galaxies.

NGC 2276 is by no means the only galaxy with a strange appearance. The Atlas of Peculiar Galaxies — a catalogue of unusual galaxies published in 1966 — contains a menagerie of weird and wonderful galaxies, including spectacular galaxy mergers, ring-shaped galaxies, and other galactic oddities. As befits an unusually contorted galaxy, NGC 2276 has the distinction of being listed in the Atlas of Peculiar Galaxies twice — once for its lopsided spiral arms and once for its interaction with its smaller neighbour NGC 2300.