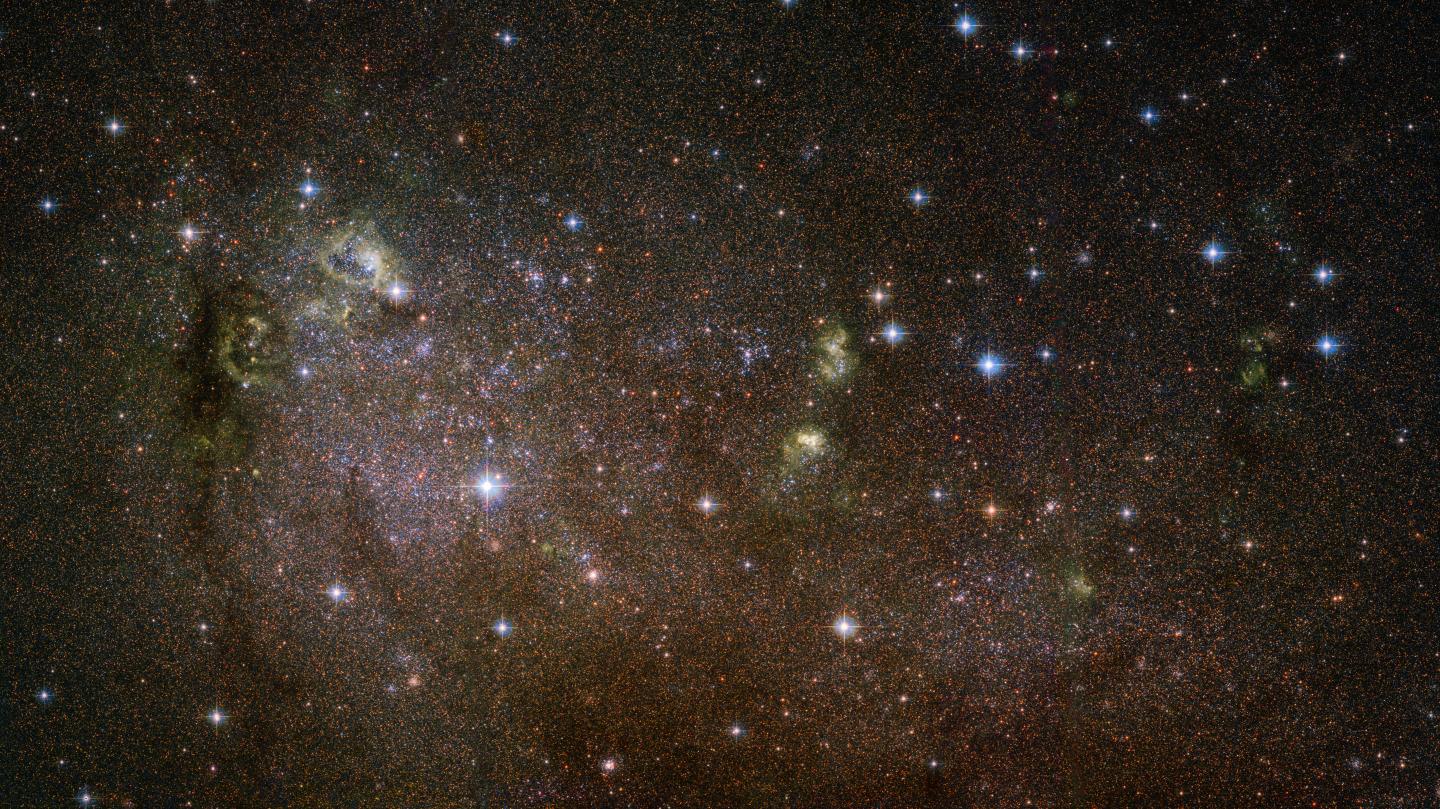 This image shows an irregular galaxy named IC 10, a member of the Local Group — a collection of over 50 galaxies in our cosmic neighborhood that includes the Milky Way.

IC 10 is a remarkable object. It is the closest-known starburst galaxy, meaning that it is undergoing a furious bout of star formation fueled by ample supplies of cool hydrogen gas. This gas condenses into vast molecular clouds, which then form into dense knots where pressures and temperatures reach a point sufficient to ignite nuclear fusion, thus giving rise to new generations of stars.

As an irregular galaxy, IC 10 lacks the majestic shape of spiral galaxies such as the Milky Way, or the rounded, ethereal appearance of elliptical galaxies. It is a faint object, despite its relative proximity to us of 2.2 million light-years. In fact, IC 10 only became known to humankind in 1887, when American astronomer Lewis Swift spotted it during an observing campaign. The small galaxy remains difficult to study even today, because it is located along a line-of-sight which is chock-full of cosmic dust and stars.

A version of this image was entered into the Hubble’s Hidden Treasures image processing competition by contestant Nikolaus Sulzenauer, and went on to win 10th prize.