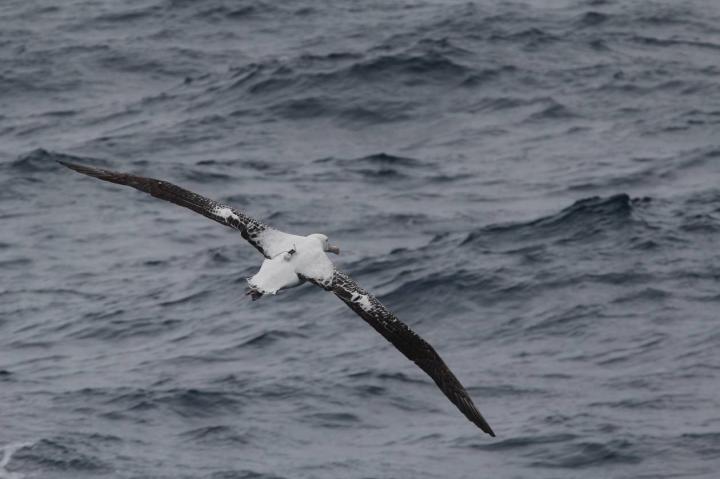 Albatrosses do not only inspire poets and ancient mariners! Scientists at the Centre d’études biologiques de Chizé (CNRS/La Rochelle Université)* made use of these majestic creatures with their huge wingspans to detect fishing boats that do not have an automatic identification system (AIS) in the southern Indian Ocean.

These birds’ characteristics are very interesting for the scientists’ mission; they fly great distances and are particularly attracted by fishing boats. That makes them perfect candidates for the Ocean Sentinel programme, established by researchers in collaboration with teams at the French natural reserve and New Zealand’s Sextant Technology.

With almost 170 albatrosses equipped with loggers for six months, the Ocean Sentinel project monitored more than 47 million km2 of the Southern Ocean, providing the first estimation of the proportion of non-declared fishing vessels operating in this region. The researchers found that more than one third of the boats encountered in international waters could not be identified.

The Ocean Sentinel loggers use an Argos system, a GPS and a unique miniature radar detector. Because even if illegal vessels are not using their AIS, they do need a radar to navigate. When an albatross approaches a boat, its logger detects the radar signal emitted and indicates its position directly to the scientists. If it does not correspond to the position of a vessel identified by AIS, in national waters the boat may be involved in illegal activity.

Developed as part of an European programme, the ERC Proof of Concept, with the support of the Institut polaire français Paul-Emile Victor, Ocean Sentinel encourages the development of innovations that make independent data collection for conservation possible thanks to animals. Already in the test phase in New Zealand and Hawaii, the technology developed could also be adapted for other marine species like sharks and sea turtles.

*- Researchers at the University of Liverpool also participated in this research.