How were the carbon contents in terrestrial and lunar mantles established? 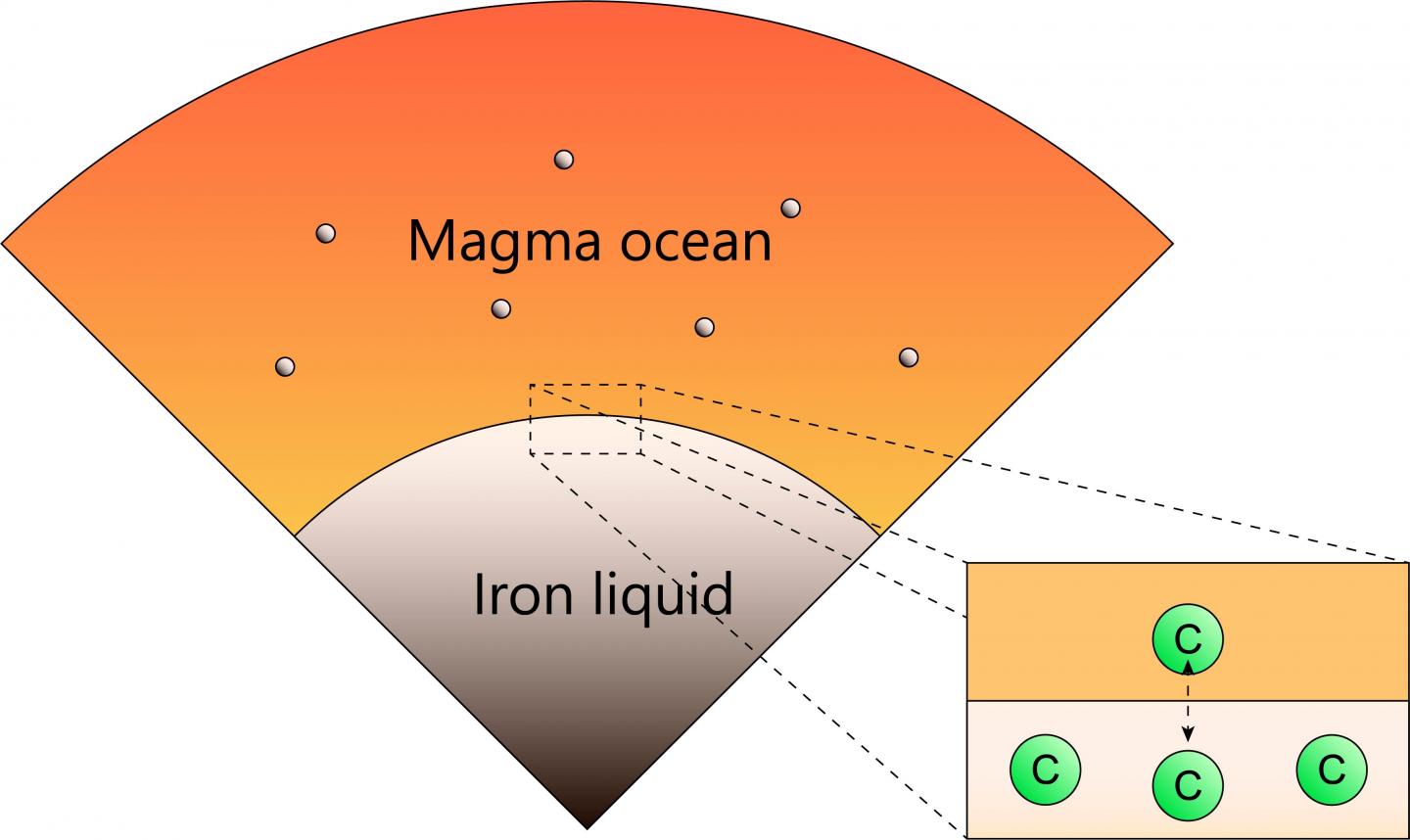 According to the theory of planet formation, rocky bodies such as the Earth were formed by repeating collisions from dusty materials. In this process, a number of Mercury- or Mars-sized planetary embryos, were formed, and eventually these bodies merged together and formed terrestrial planets in our solar system. During the formation of the planetary embryos, the interior of these bodies was likely to be molten due to the heat by radiative-decay elements and a collisional energy of the planetary embryos. At this stage, iron and silicate separate, and form the metallic core and silicate mantle. Elemental partitioning occurs between the metallic core and mantle, and siderophile (iron loving) elements are removed from the mantle.

In previous experiments, the sample was saturated with carbon because of the use of a graphite capsule. However, given the carbon contents in chondrites which are considered as the main building block of the earth, it is unlikely that the bulk Earth is saturated with carbon. Moreover, element partitioning between two phases varies with the concentration of the element of interest even if the pressure and temperature conditions are identical. Thus, care must be taken when previous experimental results under carbon-saturated conditions apply to terrestrial planets. Nevertheless, the effect of the carbon concentration on its metal-silicate partitioning behavior was not investigated. Researchers of Ehime University, Kyoto University, and the Japan Agency for Marine-Earth Science and Technology (JAMSTEC) conducted new high-pressure experiments on carbon partitioning between metal and silicate using chondritic starting materials and an SiO2 glass capsule instead of a graphite capsule.

As a result, they found that the carbon partitioned into molten silicate in the sample using an SiO2 capsule was nearly saturated with carbon. This suggests that if planetary embryos contained the similar amount of carbon as chondrite, their mantles may also have been nearly saturated with carbon. In addition, if the mixing between metallic core and mantle was not efficient during the merging impact of planetary embryos, the mantle of proto-planets would be expected to retain nearly saturated amounts of carbon. Indeed, the solubility of carbon in magma equilibrating with metallic iron is very consistent with that in the Earth’s mantle, suggesting that the carbon content in the Earth’s mantle may be a natural consequence of the core-mantle partitioning of carbon during the formation of the Earth.