How to predict a typhoon 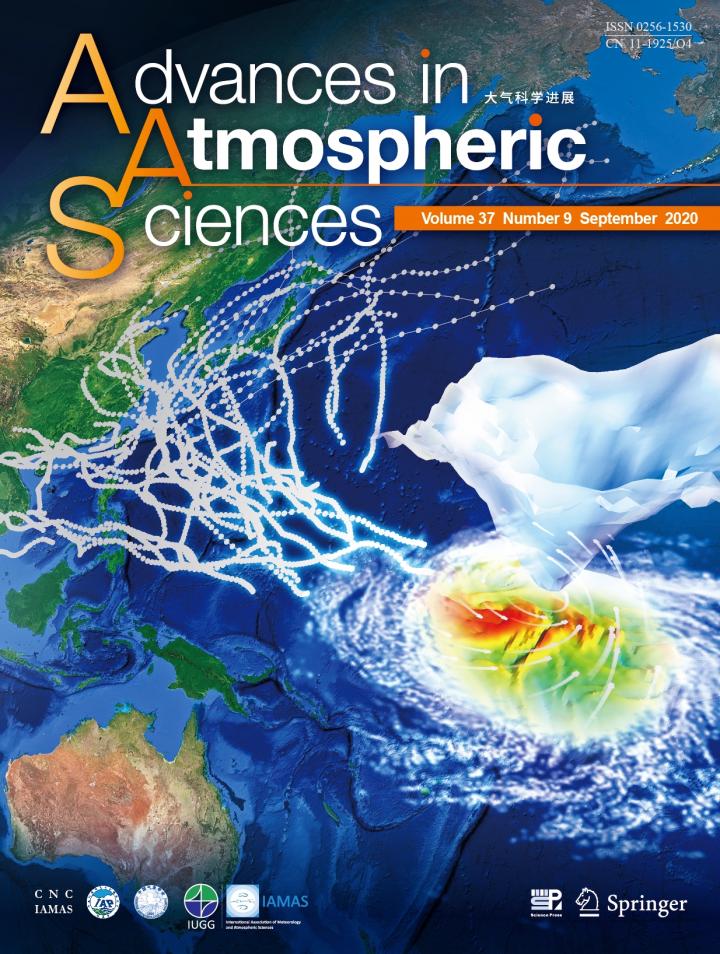 Tropical cyclones, also known as typhoons, wreak havoc in Asia and the Pacific. The storms can be deadly — in 2013, Typhoon Haiyan, the strongest ever recorded, was responsible for 6,340 deaths — and cost billions in damages. Current forecast models can only predict these storms 10 days in advance, at most, and they cannot precisely predict how intense the storms will become.

To rectify this, an international team of researchers has developed a model that analyzes nearly a quarter of Earth’s surface and atmosphere in order to better predict the conditions that birth typhoons, as well as the conditions that lead to more severe storms. They published their results on July 27 in Advances in Atmospheric Sciences.

“The target problem of this study is how to foretell the genesis of typhoons,” said paper author Mingkui Li, associate professor in the Key Laboratory of Physical Oceanography in the Ocean University of China and the Pilot National Laboratory for Marine Science and Technology (QNLM). “We specifically address three aspects: the onset time, central pressure and maximum wind speed.”

With those three variabilities in mind, the researchers coupled prediction models of the atmosphere and the Earth’s surface covering Asia and the Pacific Ocean. They examined three coupled models, each accounting for a different area depth. The researchers also accounted for the influence of one variable on another, such as wind speed on sea surface temperature, a phenomenon known as coupled data assimilation. This influence is well understood and accounted for in climate predictions and in weather forecasts, but it has not been fully applied in understanding how long-term climate affects day-to-day weather and vice versa, according to Li.

“A fine-resolution ocean-atmosphere coupled model that is initialized by downscaled coupled data assimilation is a key for forecasting the typhoon genesis,” said Shaoqing Zhang, paper author and professor in the Key Laboratory of Physical Oceanography, QNLM and the International Laboratory for High-Resolution Earth System Model and Prediction (iHESP). “We aimed to provide insights on the time scale that can be used to forecast typhoons in advance, as well as how the resolution of coupled models can affect the prediction of formation, intensity, and track.”

From their study, the researchers determined that a high-resolution coupled model with the ability to better understand the relationship between warm sea surface temperatures and weak wind shears — conditions that favor tropical cyclone formation — could improve typhoon predictability.

“Although completely addressing these problems, which are important in understanding issues of regional climate and extended-range forecasts, requires plenty of further study, our paper attempts to open the door for it,” Zhang said, noting that the team will further improve the physics of the coupled models. “Our goal is to develop a 10 to 30-day extended range prediction system that will ultimately lead to seamless weather-climate predictions.”

This work was supported by the National Key Research & Development Program of China, the National Natural Science Foundation of China and Shandong Province’s “Taishan” Scientist Project. This research is also part of a collaborative project between the Ocean University of China, Texas A&M University and the National Center for Atmospheric Research.

Other contributors include Lixin Wu, Xiaopei Lin, Xiaolin Yu, Xiaohui Ma, Weiwei Ma, Haoran Zhao, Kai Mao and Xue Wang, all of whom are affiliated with the Key Laboratory of Physical Oceanography in the Ocean University of China. Qu, Lin, Yu, and X. Ma are also affiliated with QNLM, along with Huiqin Hu, Dongning Jia and Yuhu Chen. Ping Chang and Gohkan Danabasoglu, both with iHESP, also contributed. Chang is also with the Department of Oceanography at Texas A&M University, and Danabasoglu is also with the National Center for Atmospheric Research in Colorado. Other contributors include Xin Liu and Guangliang Liu, both with the National Supercomputing Jinan Center; and Youwei Ma, with the College of Oceanic and Atmospheric Sciences, Ocean University of China.