How to make the TB vaccine more effective

SAN ANTONIO (March 11, 2022) – Briefly blocking a key molecule when administering the only approved vaccine for tuberculosis vastly improves long-term protection against the devastating disease in mice, researchers from Texas Biomedical Research Institute report this week in the Journal of Immunology. The finding, if it continues to hold true in nonhuman primates and clinical trials, has the potential to save millions of lives. 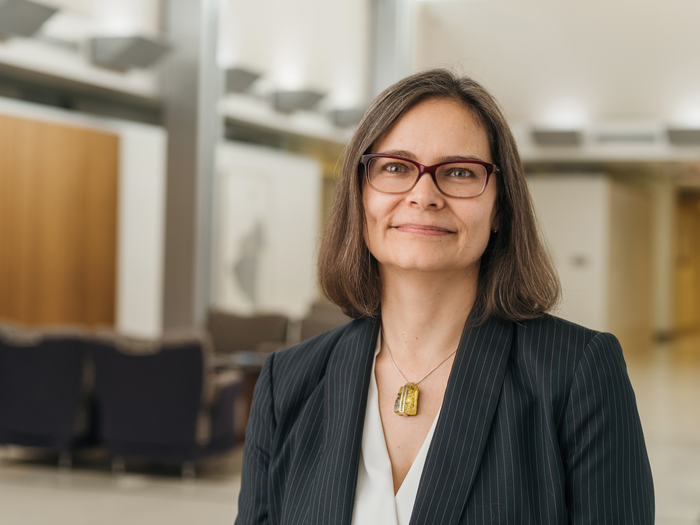 SAN ANTONIO (March 11, 2022) – Briefly blocking a key molecule when administering the only approved vaccine for tuberculosis vastly improves long-term protection against the devastating disease in mice, researchers from Texas Biomedical Research Institute report this week in the Journal of Immunology. The finding, if it continues to hold true in nonhuman primates and clinical trials, has the potential to save millions of lives.

Tuberculosis (TB) infects more than 10 million people a year, killing more than 1 million a year. The Bacillus Calmette-Guérin (BCG) vaccine is widely used to inoculate children against TB, but its effectiveness wanes over time. Researchers around the world are hunting for more effective vaccines and treatments.

“We are very excited that we can reverse BCG’s waning effectiveness by combining it with a host-directed therapy into one dose, which makes it very practical for the clinic,” says Joanne Turner, PhD, Texas Biomed’s Executive Vice President, Research, and senior paper author.

Turner emphasized the finding builds on more than 20 years of research. Throughout her career, she has been investigating the role of a molecule, interleukin-10 (IL-10) on TB. IL-10 typically helps dampen excessive inflammation during infection, but through numerous studies, Turner and her colleagues have found IL-10 does more harm than good in TB, definitively showing it drives TB infection.

In previous studies, Turner and her colleagues blocked IL-10 at different times during infection – late into infection, the first three weeks during infection – and have knocked out IL-10 completely. All signs pointed to improved TB control and longer survival. In the current study, the team looked at what happens if they temporarily block IL-10 before infection occurs, at the same time as giving the BCG vaccine.

The researchers combined the BCG vaccine with an antibody that blocks IL-10 activity for about one week. Since the antibody targets the host, not the pathogen, that makes it a “host-directed therapy.” They gave the mixture to mice in one shot, waited six weeks to ensure the IL-10 blocker was no longer present and the BCG protection had been generated, and then exposed the mice to TB. Those mice controlled TB infection for nearly a year, which is significant for mice with normal lifespans of about two years. In contrast, mice given only the BCG vaccine lost control of TB infection within two months and had significant inflammation and damage in the lungs. Notably, the mice given the vaccine/IL-10 blocker had higher levels of various long-term memory immune cells, which are critical for ongoing TB control.

“This shows that the early development of an immune response is key for controlling TB infection in the long run, and that IL-10 inhibits the development of that long-term immunity,” Turner says. “But by briefly blocking IL-10 at the same time as giving the vaccine, it allows the vaccine and immune system to do their jobs, creating those long-lasting memory immune cells.”

Collaborators at Texas Biomed plan to investigate if the combination is safe and effective in nonhuman primates. If those results are also promising then the combination could move into human clinical trials. The team is optimistic, especially since the BCG vaccine is already in widespread use and the IL-10 blocker is being tested against other diseases.

Experimentally, IL-10 had been somewhat dismissed as playing a significant role in TB, even though it was detected in humans with TB. But that conclusion was made in the most common strain of research mouse, which is fairly resistant to TB and don’t produce much IL-10.

Turner began investigating a different mouse strain, called CBA/J, which is much more susceptible to TB. Working with these mice, she and colleagues began to piece together IL-10’s role and what happens when it is blocked. To definitively show a molecule’s function, researchers often knock out the gene that codes for the molecule. Turner bred the CBA/J IL-10 knock-out mice, which required several years of effort, and since 2011 the mice have been instrumental in proving IL-10 drives TB. These mice can even form human-like granulomas, which are cellular aggregates that form around the bacteria to prevent it from spreading.

“We only saw that because we were working in a different mouse strain than the standard laboratory mouse strain,” Turner says. “It is gratifying that those knock-out mice we developed are available for other researchers to work with. Diversity in animal models is important to understand the commonalities across species that help us better understand human diseases.”

Texas Biomed is one of the world’s leading independent biomedical research institutions dedicated to eradicating infection and advancing health worldwide through innovative biomedical research. Texas Biomed partners with researchers and institutions around the world to develop vaccines and therapeutics against viral pathogens causing AIDS, hepatitis, hemorrhagic fever, tuberculosis and parasitic diseases responsible for malaria and schistosomiasis disease. The Institute has programs in host-pathogen interaction, disease intervention and prevention, and population health to understand the links between infectious diseases and other diseases such as aging, cardiovascular disease, diabetes and obesity. For more information on Texas Biomed, go to www.TxBiomed.org.

The Journal of Immunology