How to bend waves to arrive at the right place

Waves do not always spread uniformly into all directions, but can form a remarkable ‘branched flow’. At TU Wien (Vienna) a method has now been developed to control this phenomenon. 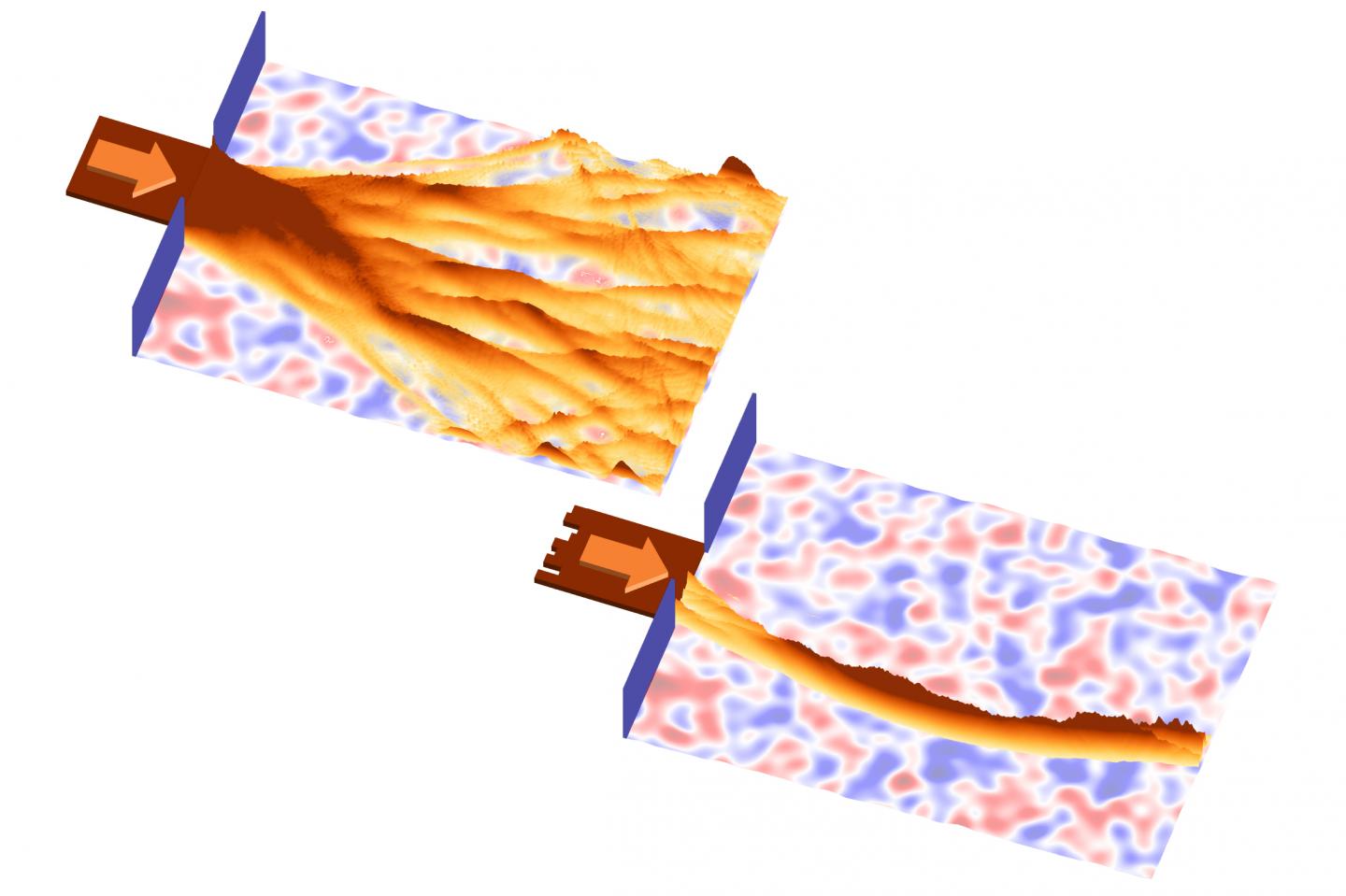 In free space, the light wave of a laser beam propagates on a perfectly straight line. Under certain circumstances, however, the behavior of a wave can be much more complicated. In the presence of a disordered, irregular environment a very strange phenomenon occurs: An incoming wave splits into several paths, it branches in a complicated way, reaching some places with high intensity, while avoiding others almost completely.

This kind of “branched flow” has first been observed in 2001. Scientists at TU Wien (Vienna) have now developed a method to exploit this effect. The core idea of this new approach is to send a wave signal exclusively along one single pre-selected branch, such that the wave is hardly noticeable anywhere else. The results have now been published in the journal PNAS.

From Quantum Particles to Tsunamis

“Originally, this effect was discovered when studying electrons moving as quantum waves through tiny microstructures,” says Prof. Stefan Rotter from the Institute of Theoretical Physics at TU Wien. “Such structures, however, are never perfect and they always come with certain imperfections; and surprisingly, these imperfections cause the electron wave to split up into branches – an effect which is called branched flow.”

Soon it turned out that this wave phenomenon does not only occur in quantum physics. In principle it can occur with all types of waves and on completely different length scales. If, for example, laser beams are sent into the surface of a soap bubble, they split into several partial beams, just like tsunami waves in the ocean: the latter do not spread regularly across the ocean, but instead they travel in a complicated, branched pattern that depends on the random shape of the corrugated ocean sea bed. As a result, it can happen that a distant island is hit very hard by a tsunami, while the neighboring island is only reached by much weaker wave fronts.

“We wanted to know whether these waves can be manipulated in such a way that they only travel along one single selected branch, instead of propagating along a whole branched network of paths in completely different directions”, says Andre Brandstötter (TU Wien), first author of the publication. “And as it turns out, it is indeed possible to target individual branches in a controlled way.”

The new procedure takes only two steps: First, the wave is allowed to branch out on all possible paths as usual. At one of the locations that are reached with high intensity, the wave is measured in detail. The method developed at the TU Wien can then be used to calculate how the wave has to be shaped at the origin, so that in the second step it can be sent along one selected path, while avoiding all other paths.

“We used numerical simulations to show how to find a wave that behaves exactly the way we want it to. This approach can be applied using a variety of different methods,” says Stefan Rotter. “You can implement it with light waves that are adjusted with special mirror systems or with sound waves that you generate with a system of coupled loudspeakers. Sonar waves in the ocean would also be a possible field of application. In any case, the necessary technologies are already available.”

With this new method, all these different types of waves could be sent out along a single trajectory pre-selected from a complex network of paths. “This trajectory doesn’t even have to be straight,” explains Andre Brandstötter. “Many of the possible paths are curved – the irregularities of the surroundings act like a set of lenses by which the wave is focused and deflected again and again.”

Even pulsed signals can be sent along these special paths, such that information can be transmitted in a targeted manner. This guarantees that a wave signal arrives exactly where it is supposed to be received; at other locations it can hardly be detected, which makes eavesdropping much more difficult.