How the transition to agriculture affects populations in the present day

The transition of human societies from hunter-gatherers to farmers and pastoralists is a more nuanced process than generally thought, according to a new study of peoples living in the highlands of southwest Ethiopia. The work was published March 9 in Current Biology. 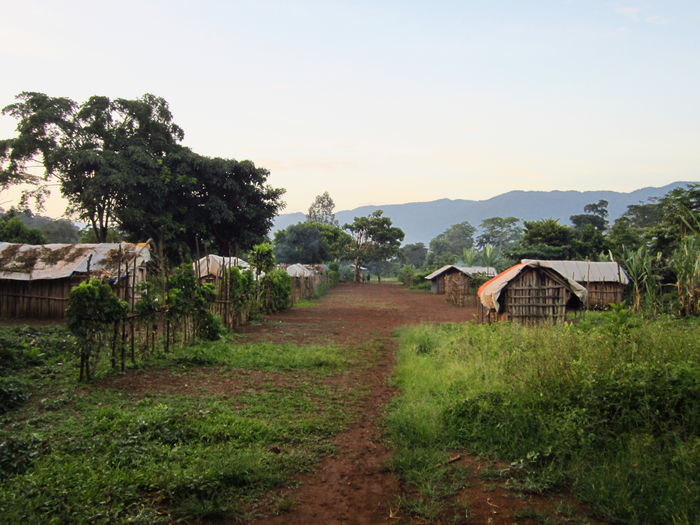 The transition of human societies from hunter-gatherers to farmers and pastoralists is a more nuanced process than generally thought, according to a new study of peoples living in the highlands of southwest Ethiopia. The work was published March 9 in Current Biology.

Much of the study of how people transitioned away from a lifestyle based mostly on food collected from the wild to one based on cultivated crops has focused on Europe, where the shift to agriculture, or “Neolithic transition,” concluded thousands of years ago. Based largely on genetic studies, the prevailing view is that the transition occurred mainly by population replacement rather than cultural change, said first author Shyamalika Gopalan, a graduate student at the time of the work advised by Brenna Henn, associate professor of anthropology at the University of California, Davis.

“The prevailing view has been that in Europe it was a wave of people that came through and replaced everyone,” Gopalan said.

The transition to agriculture is still underway in the highlands of southwest Ethiopia. Farmers and pastoralists started moving into the area 1,500 to 2,000 years ago, encroaching on the resident hunter-gatherers, and the groups have since been living alongside each other. That presents an opportunity to study this transition and the degree to which it represents replacement versus cultural change in the present day and a different global context.

The team, led by Henn and Barry Hewlett at Washington State University, Vancouver, collected DNA samples from five groups of people in the southwest highlands: the hunter-gatherer Chabu; the Majang, who practice small-scale cultivation of crops; and the Shekkacho, Bench and Sheko, who practice more intensive farming. The goals were to assess both the genetic ancestry of the different groups and demographic trends in the recent past.

“Based on genetics we can estimate the effective population size over the past 60 generations, or about 2,000 years,” Gopalan said.

The Chabu are the last hunter-gatherers in the area. They were considered a subgroup of the Majang, but the research team found they have a distinct genetic profile, said Justin Myrick, field manager for the Henn laboratory and a staff researcher at the UC Davis Genome Center.

The new analysis shows that the Chabu are related to a hunter-gatherer ancestor who lived in the area about 4,500 years ago. Contrary to expectations based on the European Neolithic transition, the other agricultural groups in the study also have a majority genetic affinity with these hunter-gatherer ancestors, though they differ in their other ancestries. The Majang have genetic input from Nilo-Saharan speaking agriculturalists. The Bench and Sheko, in contrast, have contributions from East African Afro-Asiatic agricultural ancestors — from whom the Shekkacho are mainly descended.

The population size estimates show that the Chabu have been declining over the past 2,000 years. That is often, but not always, the case for hunter-gatherer groups during an agricultural transition, Gopalan said, although at least from what we can see in Africa, demographic responses are heterogenous.

Hunter-gatherers may find new roles living alongside agriculturalists as specialists, providing services such as blacksmithing.

“What’s really interesting here is that we have groups in this study from the same area who have transitioned to agriculture at different times, with the Chabu in transition right now,” Myrick said. “What we see is a lot of variation in response to agriculture. The Chabu and Majang’s population sizes have been declining, though the Bench and Sheko have not despite all of them having majority indigenous hunter-gatherer ancestry.”

“The European Neolithic agriculturalist replacement model isn’t bearing out in East Africa – there’s more admixture going on and culture change,” Myrick said. “The process is very complicated, and there may be many factors contributing.”