How the South African COVID-19 variant was found 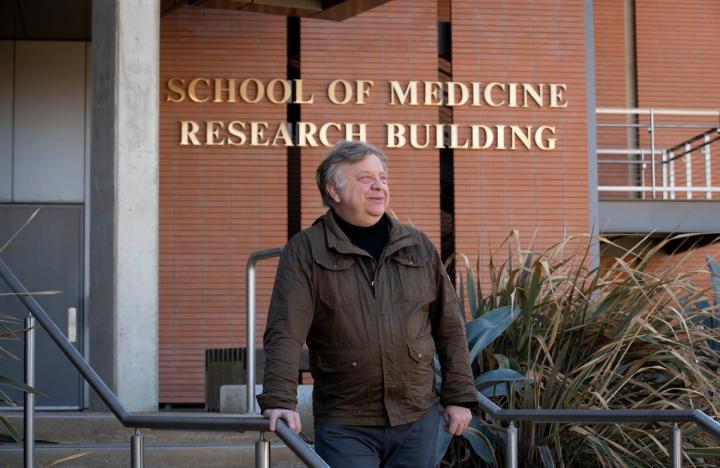 RIVERSIDE, Calif. — Variants of the coronavirus are appearing in different parts of the world, many of them spreading with alarming speed. One contagious variant is the South African, or SA, variant, identified by an international team of researchers, including biomedical scientists from the University of California, Riverside.

“The new COVID-19 variants are the next new frontier,” said Adam Godzik, a professor of biomedical sciences in the UC Riverside School of Medicine and a member of the research team that made the discovery. “Of these, the SA and Brazil strains are most worrying. They have mutations that make them resistant to antibodies we generate with existing vaccines. It is commonly believed we are in a tight race: Unless we vaccinate people quickly and squash the pandemic, new variants would dominate to the point that all our COVID-19 vaccines would be ineffective.”

“Each SARS-CoV-2 variant has specific mutations defining it,” Alisoltani-Dehkordi said. “Professor Godzik and I used computer modeling to suggest possible structural and functional consequences of spike protein mutations in the SA lineage. Our analysis, confirmed also by several other research groups, shows that some of the mutations potentially result in a higher transmissibility of the virus and a weaker immune response.”

The SA variant has been detected in at least 40 countries, including the United States.

“This variant is probably spreading in areas where it has not been sequenced and is, therefore, not identifiable,” Godzik said. “In the U.S., sequencing is still a slow process. In many parts of the country, including Riverside, we have no information whatsoever about variants.”

Initial research on the SA variant suggested it could be resistant to antibodies, which could reduce the efficacy of vaccines.

“That’s when it received a high level of interest,” Godzik said. “Subsequent research confirmed it is resistant to vaccines and is spreading. South Africa is doing a good job, however, at controlling the variant through quarantining and other measures.”

All the newly emerged SARS-CoV-2 variants of concern in the United Kingdom, South Africa, Brazil, and California show common mutational signatures. But each of these variants also has a unique set of mutations. For example, the SA and Brazil variants have two unique mutations on spike proteins K417N and E484K, respectively.

“Our preliminary findings indicate that some of the spike mutations may be associated with increased transmissibility of the SA variant,” Alisoltani-Dehkordi said. “The full significance of spike and other genome mutations in this new lineage, however, is yet to be determined. It needs to be stressed that we do not have enough evidence confirming the higher disease progression, severity, or mortality rate associated with the SA lineage compared to other lineages. But the high transmissibility and unusual divergence of the SA lineage and other recently emerged lineages compared to the wild type creates a high demand for the systematic surveillance of SARS-CoV-2 strains and early detection of variants before they turn into outbreaks.”

Godzik explained there is no single COVID-19 virus. Instead, a population of viruses exists that constantly evolve. Variants, which also evolve, acquire mutations and could undergo viral escape at any time.

“It is hard to say there is only one SA variant,” he said. “One way to understand this is to imagine that this variant is the major branch of a tree, which has many smaller branches. Some of these smaller ones may grow faster than others and assume more importance. This dynamic process is hard to predict.”

Godzik predicts COVID-19 will be a constant presence in our lives, much like the flu.

“It takes six months to develop a flu vaccine,” he said. “Models predict the evolution of the flu virus and vaccines are produced before the variants show up. If the predictions are good, the vaccines work. If they miss, a heavy flu season follows. This is how COVID-19 will likely behave. A lot of effort will be invested in predicting what will happen the following year, vaccines would then be updated, and people will need to get a booster shot.”

The research paper is titled “Emergence of a SARS-CoV-2 variant of concern with mutations in spike glycoprotein.”

The University of California, Riverside (http://www.ucr.edu) is a doctoral research university, a living laboratory for groundbreaking exploration of issues critical to Inland Southern California, the state and communities around the world. Reflecting California’s diverse culture, UCR’s enrollment is more than 25,000 students. The campus opened a medical school in 2013 and has reached the heart of the Coachella Valley by way of the UCR Palm Desert Center. The campus has an annual statewide economic impact of almost $2 billion. To learn more, email [email protected]