How the pufferfish got its wacky spines 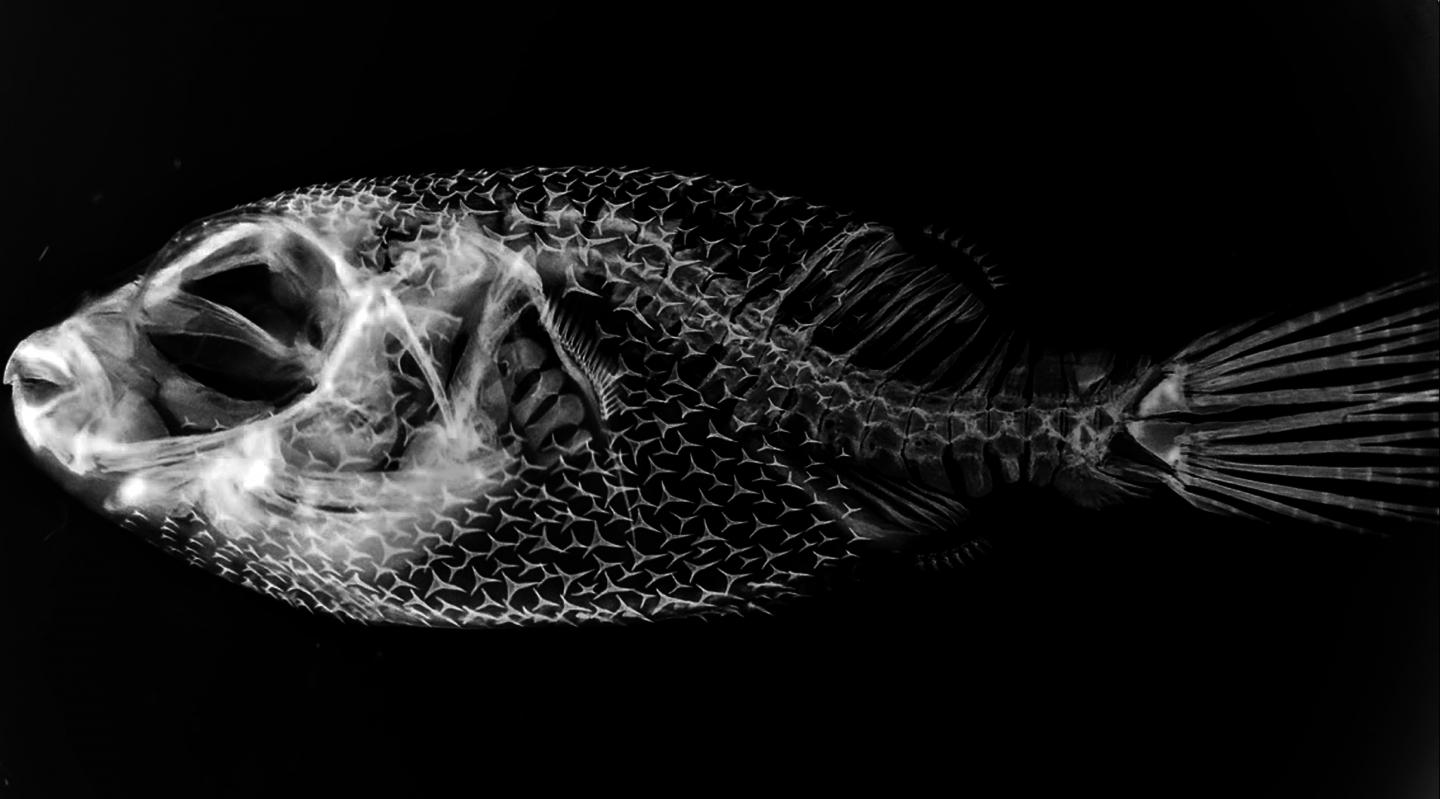 Pufferfish are known for their strange and extreme skin ornaments, but how they came to possess the spiky skin structures known as spines has largely remained a mystery. Now, researchers have identified the genes responsible for the evolution and development of pufferfish spines in a study publishing July 25 in the journal iScience. Turns out, the process is pretty similar to how other vertebrates get their hair or feathers–and might have allowed the pufferfish to fill unique ecological niches.

“Pufferfish are some of the strangest fish in the ocean, particularly because they have a reduced skeleton, beak-like dentition and they form spines instead of scales–not everywhere, but just in certain patches around the body,” says corresponding author Gareth Fraser (@garethjfraser), an Assistant Professor at the University of Florida.

“It just blows me away that regardless of how evolutionarily-different skin structures in animals are, they still use the same collection of genes during development,” Fraser says.

The researchers then decided to look at what would happen if they manipulated those genes. Using CRISPR-Cas9 and other genetic techniques, the researchers blocked particular genes that are classic markers of skin appendage development. Doing so allowed them to reduce the number of spines on pufferfish, as well as loosen the restriction on where the spines appear on the pufferfish.

Normally, the spines are localized to specific areas on the pufferfish. Fraser says that this localization of the spines is to enhance protection.

“When pufferfish inflate by ingesting water or in some cases air, their skin becomes stretched, especially around the abdomen and is more susceptible to damage, such as being torn,” he says. “Spines reinforce the puffed-up abdomen. In extreme cases, some pufferfish have lost all other spines on their body and retain only the abdominal spines.”

The reason for the diversity in spine coverage is likely ecological, Fraser says.

“What really drives these changes, in terms of loss or gain of spines, is multifactorial, but the shifts in spine coverage and morphology may allow pufferfish to take advantage of new ecological niches that are available to them,” he says. “As the climate changes and environments become different, pufferfish may use these evolving traits to tolerate and adapt to change.”

Through their sequencing efforts, Fraser and his colleagues hope to ultimately identify the differences in the genome that allow for the diversity in spine coverage, morphology and the transition from scales to spines.

“We can manipulate different things associated with pufferfish diversity, which gives us clues about the function of genes that are necessary for normal development and helps us understand the evolution and patterns of pufferfish spines,” Fraser says. “Pufferfish are wildly-derived fish that are incredibly different from other groups, and ultimately, we want to see if there’s something specific to the genome of the pufferfish that can provide clues to suggest mechanisms that allow them to create these weird structures.”

This work was supported by grants from the Leverhulme Trust Research Project, the Natural Environment Research Council, the Royal Society, the Great Britain Sasakawa Foundation, the Daiwa Anglo-Japanese Foundation, and the Jikei University Graduate Research Fund.

Little helpers for the rainforest

Scienmag May 23, 2019
Hormone governed by biological clock is linked to weight gain and metabolic issues in male monkeys fed a high sugar…

Biodiversity and carbon: perfect together

Sometimes, a non-invasive procedure will suffice