How the brain processes emotions 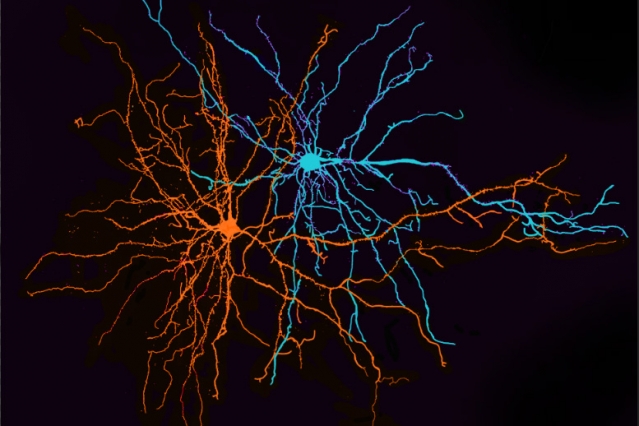 Some mental illnesses may stem, in part, from the brain’s inability to correctly assign emotional associations to events. For example, people who are depressed often do not feel happy even when experiencing something that they normally enjoy.

A new study from MIT reveals how two populations of neurons in the brain contribute to this process. The researchers found that these neurons, located in an almond-sized region known as the amygdala, form parallel channels that carry information about pleasant or unpleasant events.

Learning more about how this information is routed and misrouted could shed light on mental illnesses including depression, addiction, anxiety, and posttraumatic stress disorder, says Kay Tye, the Whitehead Career Development Assistant Professor of Brain and Cognitive Sciences and a member of MIT’s Picower Institute for Learning and Memory.

“I think this project really cuts across specific categorizations of diseases and could be applicable to almost any mental illness,” says Tye, the senior author of the study, which appears in the March 31 online issue of Neuron.

In a previous study, Tye’s lab identified two populations of neurons involved in processing positive and negative emotions. One of these populations relays information to the nucleus accumbens, which plays a role in learning to seek rewarding experiences, while the other sends input to the centromedial amygdala.

In the new study, the researchers wanted to find out what those neurons actually do as an animal reacts to a frightening or pleasurable stimulus. To do that, they first tagged each population with a light-sensitive protein called channelrhodopsin. In three groups of mice, they labeled cells projecting to the nucleus accumbens, the centromedial amygdala, and a third population that connects to the ventral hippocampus. Tye’s lab has previously shown that the connection to the ventral hippocampus is involved in anxiety.

Tagging the neurons is necessary because the populations that project to different targets are otherwise indistinguishable. “As far as we can tell they’re heavily intermingled,” Tye says. “Unlike some other regions of the brain, there is no topographical separation based on where they go.”

After labeling each cell population, the researchers trained the mice to discriminate between two different sounds, one associated with a reward (sugar water) and the other associated with a bitter taste (quinine). They then recorded electrical activity from each group of neurons as the mice encountered the two stimuli. This technique allows scientists to compare the brain’s anatomy (which neurons are connected to each other) and its physiology (how those neurons respond to environmental input).

“The neurons within each projection are very heterogeneous. They don’t all do the same thing,” Tye says.

“This is consistent with the previous paper, but we added the actual neural dynamics of the firing and the heterogeneity that was masked by the previous approach of optogenetic manipulation,” Tye says. “The missing piece of that story was what are these neurons actually doing, in real time, when the animal is being presented with stimuli.”

The findings suggest that to fully understand how the brain processes emotions, neuroscientists will have to delve deeper into more specific populations, Tye says.

“Five or 10 years ago, everything was all about specific brain regions. And then in the past four or five years there’s been more focus on specific projections. And now, this study presents a window into the next era, when even specific projections are not specific enough. There’s still heterogeneity even when you subdivide at this level,” she says. “We’ve still got a long way to go in terms of appreciating the full complexities of the brain.”

“Neuroscience is quickly moving beyond the classical idea of ‘one brain region equals one function,’” says Joshua Johansen, a team leader at the RIKEN Brain Science Institute in Japan, who was not involved in the research. “This paper represents an important step in this process by showing that within the amygdala, the way distinct populations of cells process information is a critical determinant of how emotional responses arise.”

Another question still remaining is why these different populations are intermingled in the amygdala. One hypothesis is that the cells responding to different inputs need to be able to quickly interact with each other, coordinating responses to an urgent signal, such as an alert that danger is present. “We are exploring the interactions between these different projections, and we think that could be a key to how we so quickly select an appropriate action when we’re presented with a stimulus,” Tye says.

In the long term, the researchers hope their work will lead to new therapies for mental illnesses. “The first step is to define the circuits and then try to go in animal models of these pathologies and see how these circuits are functioning differently. Then we can try to develop strategies to restore them and try to translate that to human patients,” says Beyeler, who is soon starting her own lab at the University of Lausanne to further pursue this line of research.