How the body builds a healthy relationship with ‘good’ gut bacteria 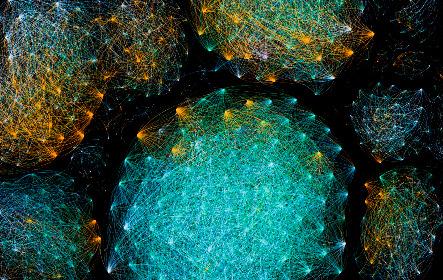 Our body’s relationship with bacteria is complex. While infectious bacteria can cause illness, our gut is also teaming with “good” bacteria that aids nutrition and helps keep us healthy. But even the “good” can have bad effects if these bacteria end up in tissues and organs where they’re not supposed to be.

Now, research published in Nature reveals insights into how the body maintains this balance. Investigations with mice demonstrate that early life is a critical time when the immune system learns to recognize gut bacteria and sets up surveillance that keeps them in check. Defects in these mechanisms could help explain why the immune system sometimes attacks good bacteria in the wrong place, causing the chronic inflammation that’s responsible for inflammatory bowel disease, the study’s authors say.

“From the time we are born, our immune system is set up so that it can learn as much as it can to distinguish the good from the bad,” says Matthew Bettini, Ph.D., associate professor of pathology at U of U Health and co-corresponding author with Sloan Kettering Institute immunologist Gretchen Diehl, Ph.D. “Our studies make clear that there is a window in which gut microbiota have access to the immune education process. This opens up possibilities for designing therapeutics that can influence the trajectory of the immune system during this early time point.”

In seeking to understand how the body maintains a healthy relationship with bacteria, Bettini, Diehl, and colleagues discovered ways in which the resident gut microbiota shape the developing immune system. They found that specialized immune cells capture pieces of bacteria and carry them over long distances, from the gut to the thymus. Located in the chest, above the heart, the thymus is a gland responsible for “educating” immune T cells. Delivery of the cargo prompts the thymus to produce T cells that are targeted to the microbiota. Then, the T cells exit the thymus to surveil lymph nodes, the gut, and other sites in order to keep the bacteria under control.

The scientists identified these steps by seeding the intestines of mice with a certain type of bacteria. In response, the thymus produced T cells that specifically recognized those bacteria. However, the scientist didn’t know how this occurred.

Finding DNA from the bacteria in the thymus and lymph nodes was the first clue that microbiota migrated to those sites. To trace their journey, the researchers used specially engineered mice whose cells fluoresced red after being exposed to a laser. In the two days following photoactivation, red gut cells eventually made their way to the thymus, lymph nodes, and spleen.

These processes were robust within the first weeks of life but waned significantly by the time the mice reached adulthood.

“Our study challenges previous assumptions that potential pathogens have no influence on immune cells that are developing in the thymus,” Bettini explains. “Instead, we see that there is a window of opportunity for the thymus to learn from these bacteria. Even though these events that shape which T cells are present happen early in life, they can have a greater impact later in life.”

This notion was made apparent by the finding that T cells programmed to target beneficial bacteria could double as defense against closely related “bad” bacteria. Mice populated with E.coli at a young age were more than six times as likely to survive a lethal dose of Salmonella later in life. The results suggest that building immunity to microbiota also builds protection against harmful bacteria the body has yet to encounter.

Delving into these early communications between the body and microbiota demonstrates just how important it is to prime the immune system right from the start, Bettini says. “This early education of immune T cells is absolutely necessary to quickly develop a broad repertoire of cells to protect us.”

“We believe that our findings may be extended to areas of research where certain bacteria have been found to be either protective or pathogenic for other conditions, such as Type 1 and Type 2 diabetes,” Bettini says. “Now we’re wondering, will this window of bacterial exposure and T cell development also be important in initiating these diseases?”

In addition to U of U Health and Sloan Kettering Institute, co-authors of the study were affiliated with the Baylor College of Medicine and Washington University School of Medicine.

The research published as “Thymic development of gut-microbiota specific T-cells” in Nature was supported by the National Institutes of Health, the Kleberg Foundation, Kenneth Rainin Foundation, and a Leukemia and Lymphoma Society Scholar Award.

About University of Utah Health

University of Utah Health provides leading-edge and compassionate care for a referral area that encompasses Idaho, Wyoming, Montana, and much of Nevada. A hub for health sciences research and education in the region, U of U Health touts a $408 million research enterprise and trains the majority of Utah’s physicians and health care providers at its Colleges of Health, Nursing, and Pharmacy and Schools of Dentistry and Medicine. With more than 20,000 employees, the system includes 12 community clinics and five hospitals. U of U Health is recognized nationally as a transformative health care system and regionally a provider of world-class care