How playing the drums changes the brain

Many years of playing the instrument leave clear traces 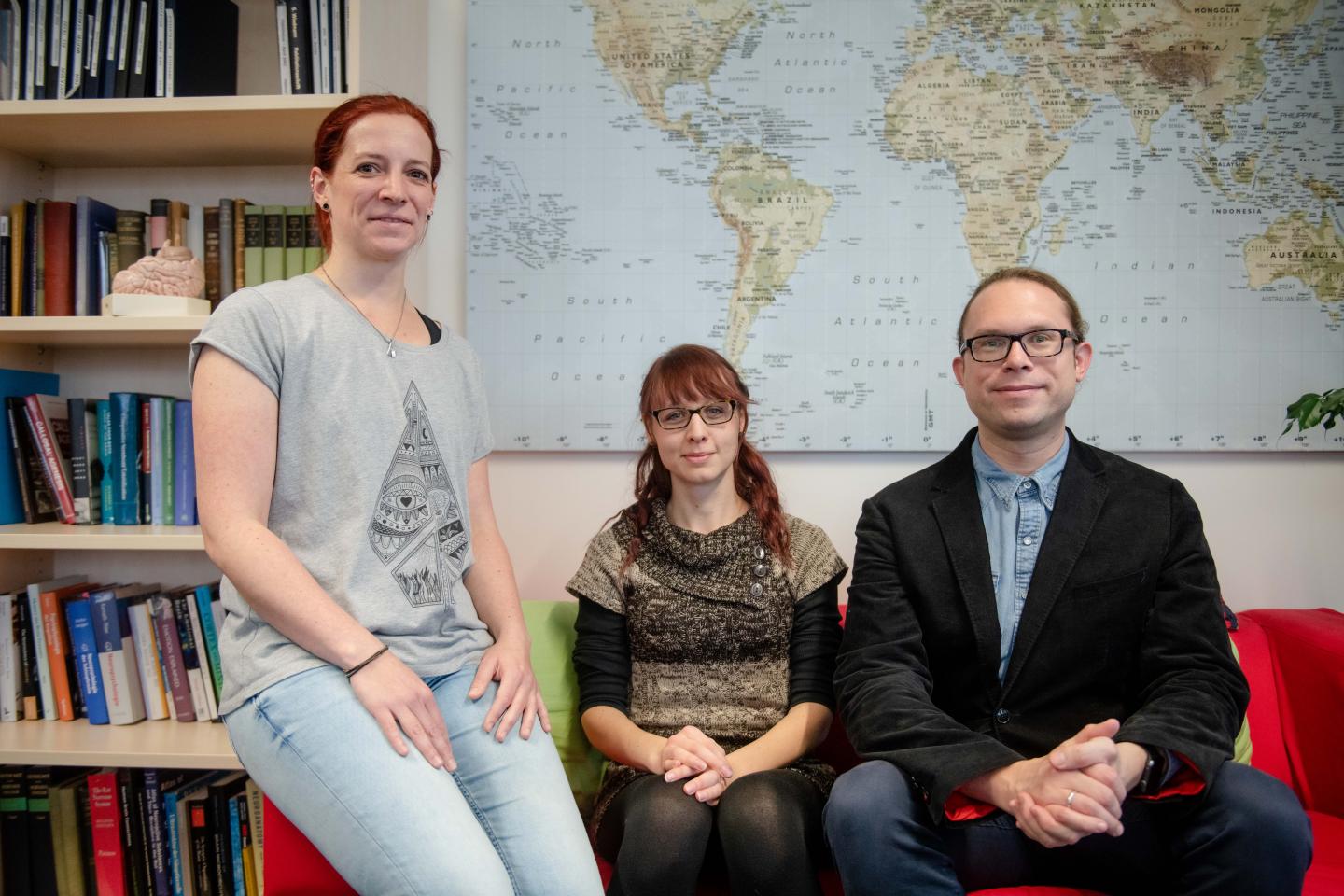 People who play drums regularly for years differ from unmusical people in their brain structure and function. The results of a study by researchers from Bochum suggest that they have fewer, but thicker fibres in the main connecting tract between the two halves of the brain. In addition, their motor brain areas are organised more efficiently. This is the conclusion drawn by a research team headed by Dr. Lara Schlaffke from the Bergmannsheil university clinic in Bochum and Associate Professor Dr. Sebastian Ocklenburg from the biopsychology research unit at Ruhr-Universität Bochum following a study with magnetic resonance imaging (MRI). The results have been published in the journal Brain and Behavior, online on 4 December 2019.

“It has long been understood that playing a musical instrument can change the brain via neuroplastic processes,” says Sarah Friedrich, who wrote her bachelor’s thesis on this project. “But no one had previously looked specifically into drummers,” she adds.

The researchers from Bochum were interested in this group because their motor coordination far surpasses that of untrained people. “Most people can only perform fine motor tasks with one hand and have problems playing different rhythms with both hands at the same time,” explains Lara Schlaffke. “Drummers can do things that are impossible for untrained people.”

The team intended to gain new insights into the organisation of complex motor processes in the brain by identifying the changes in the brain caused by this training. The researchers tested 20 professional drummers who have played their instrument for an average of 17 years and currently practice for more than ten hours per week. They examined them using various MRI imaging techniques that provide insights into the structure and function of the brain. They then compared the data with measurements of 24 unmusical control subjects. In the first step, both groups had to play drums to test their abilities and were then examined in the MRI scanner.

Drummers presented clear differences in the front part of the corpus callosum, a brain structure that connects the two hemispheres and whose front part is responsible for motor planning. The data indicated that the drummers had fewer but thicker fibres in this important connecting tract between the brain hemispheres. This allows musicians to exchange information between the hemispheres more quickly than the controls. The structure of the corpus callosum also predicted the performance in the drum test: the higher the measure of the thickness of the fibres in the corpus callosum, the better the drumming performance.

Moreover, the brain of drummers was less active in motor tasks than that of control subjects. This phenomenon is referred to as sparse sampling: a more efficient brain organisation in the areas leads to less activation in professionals.

“We would like to thank our highly motivated participants who took part in the study,” says Lara Schlaffke. “It was great fun working with you.”

The research team has already launched a follow-up project to find out how long-term experience in playing drums affects the brain. To this end, the neuroscientists are currently looking for drummers and non-musicians between the ages of 45 and 70. Volunteers can contact Lara Schlaffke by email ([email protected]).

Using light to speed up computation