How plants produce defensive toxins without harming themselves

Defense and autotoxicity: Researchers elucidate the biosynthesis and mode of action of diterpene glycosides in wild tobacco 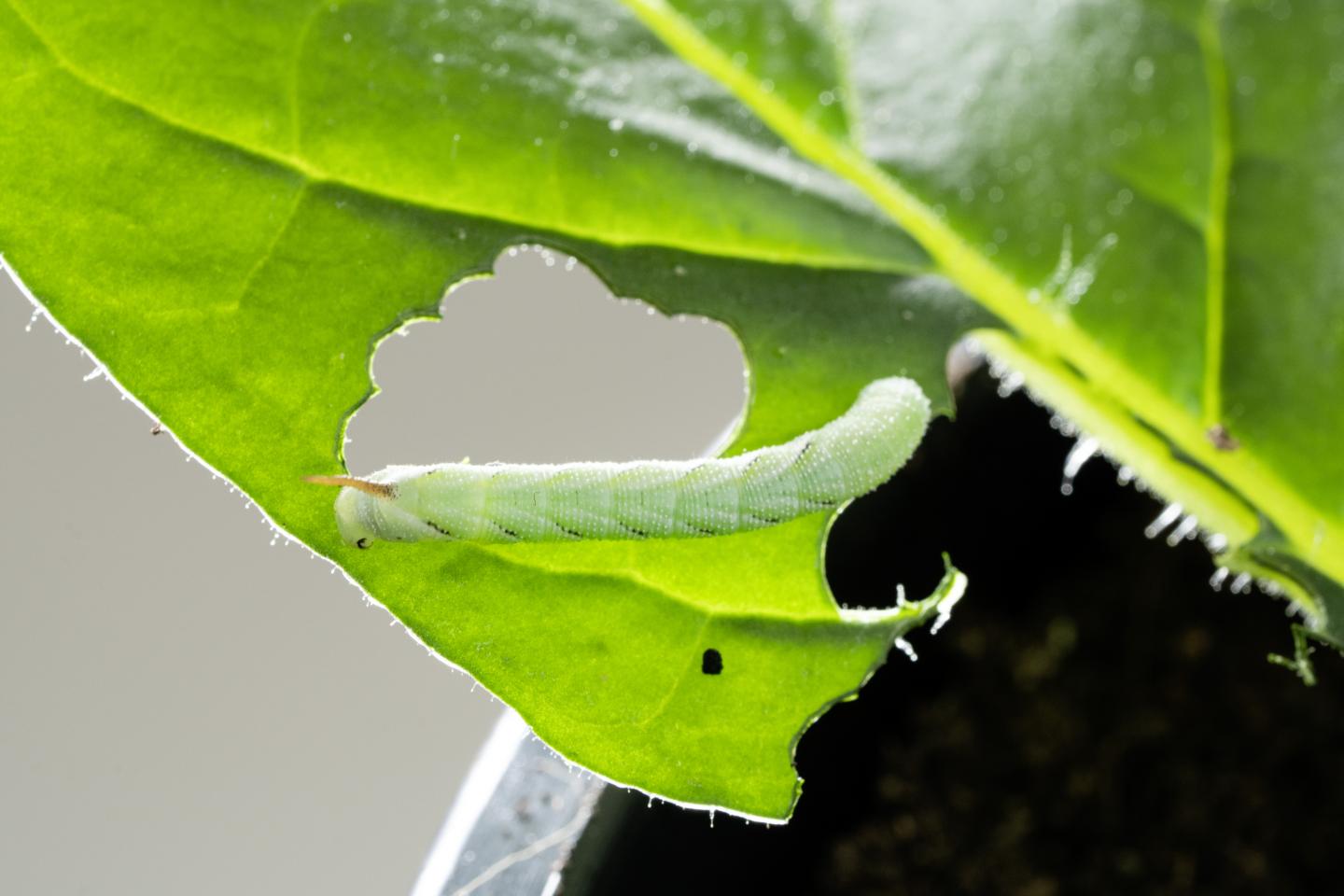 Plants produce toxic substances to defend themselves against herbivores. In a new study, scientists from the Max Planck Institute for Chemical Ecology in Jena and the University of Münster, Germany, were able to describe in detail the biosynthesis and exact mode of action of an important group of defensive substances, the diterpene glycosides, in wild tobacco plants. Diterpene glycosides allow plants to fend off herbivores. The study shows that these plant chemicals attack certain parts of the cell membrane. To protect themselves from their own toxins and to prevent their cell membranes from being damaged, tobacco plants store these substances in a non-toxic form, which is synthesized in a very particular way. Autotoxicity and the protection against it seem to play a greater role in the evolution of plant defenses than previously thought (Science, doi: 10.1126/science.abe4713, January 2021).

Many plants produce chemical defenses to protect themselves against being eaten. Still little is known about what makes these substances toxic to their consumers. Researchers at the Max Planck Institute for Chemical Ecology and the University of Münster have now investigated how plants produce toxins and store them in their tissues without harming themselves. In particular, they wanted to know whether the mechanisms of autotoxicity and its prevention share similar mechanisms as the toxic characteristics that provide defense against herbivores.

For their experiments, they chose diterpene glycosides from Nicotiana attenuata plants, a wild tobacco species. “These substances occur at very high concentrations in the leaves of tobacco plants. But we had no idea why they were such effective defenses or why they could be so toxic to produce. So the situation was completely different from the other very abundant toxin that this plant produces, namely, nicotine. Nicotine is a specific neurotoxin. Since plants lack nerves and muscles, they offer no target for the toxin. So producing and storing nicotine does not harm plants,” says Ian Baldwin from the Department of Molecular Ecology at the Jena Max Planck Institute, where the study was carried out.

To their surprise, the researchers found that tobacco plants which had been transformed so they could no longer produced two proteins involved in the biosynthesis of the diterpene glycosides and thus also not form the defensive substances otherwise stored in the leaves in large amounts, showed conspicuous symptoms of self-poisoning: they were sick, unable to grow normally, and could no longer reproduce. Further experiments revealed that certain components of the cell membrane, so-called sphingolipids, had been attacked.

Sphingolipids are substances found in all animals and plants, including the enemies of wild tobacco, the larvae of the tobacco hawkmoth Manduca sexta. The researchers therefore asked whether the sphingolipid metabolism could be the target of the diterpene glycosides. In fact, Manduca sexta caterpillars, which had fed on plants without diterpene glycosides, grew significantly better than larvae, which had fed on controls that contained the defensive chemicals. Analyses of the frass of Manduca sexta larvae, which had ingested diterpene glycosides with their food, provided further insights, as the degradation of the plant toxins during larval digestion is more or less in reverse order to the synthesis of the substances in the plant. Plants prevent self-harm by storing the defensive substances in a non-toxic form. However, when insects feed on the plant, a part of the non-toxic molecule is cleaved off and the chemical becomes activated or “armed”. “Interestingly, in both cases, in plants with incomplete diterpene glycoside biosynthesis and in feeding caterpillars, the target of the toxins is the sphingolipid metabolism,” says first author Jiancai Li.

“Frassomics” – a new powerful tool to study interactions between organisms

The analysis of larval frass proved to be the key to success in this study. The scientists call this new approach “frassomics”: a combination of frass (larval droppings) and metabolomics – the analysis of all metabolites in an organism. “From this work, we realized that frassomics can be a very powerful research tool. The analysis of larval frass can provide metabolic clues about how what one organism produces is metabolized by consumer organisms,” says Ian Baldwin.

The scientists plan to gain more insights into the “digestive duets” that occur between plants and insects, in order to better understand ecological interactions between plants, insects and microorganisms.