URBANA, Ill. – Intimate partner violence (IPV) can have significant implications for the wellbeing of mothers and children during separation and divorce. Yet IPV is often not included in custody cases or factored into court decisions, a new University of Illinois study shows. 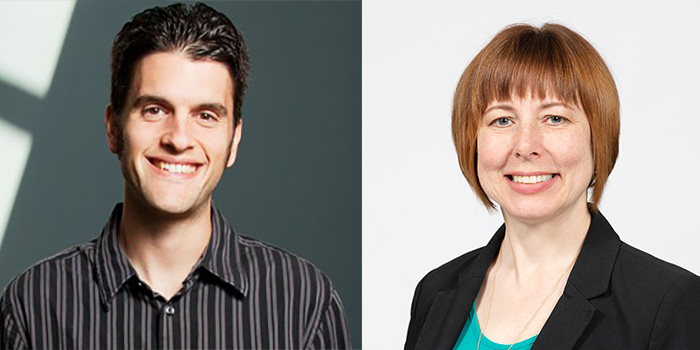 URBANA, Ill. – Intimate partner violence (IPV) can have significant implications for the wellbeing of mothers and children during separation and divorce. Yet IPV is often not included in custody cases or factored into court decisions, a new University of Illinois study shows.

“We collected data from mothers who were going through the divorce process and followed them for a year. We also looked at public records of what happened in the divorce cases. We wanted to see whether the women’s reports about their experiences of violence related to their final custody determination in court,” says Jennifer Hardesty, professor in the Department of Human Development and Family Studies (HDFS) at U of I, and co-author on the paper.

The researchers distinguish between situational couple violence (SCV), which arises in the context of conflict, and coercive controlling violence (CCV), which is part of a larger pattern of dominance and control. Women who experience CCV often live in a chronic state of fear, and are more likely to experience post-separation violence.

The study included a sample of 190 mothers with a least one minor child, who filed for divorce between 2009 and 2013 in a large Central Illinois county. The women provided information about their divorce process and co-parenting relationships. The sample included women who had experienced SCV, CCV, as well as no violence.

The researchers found self-reported IPV was only documented specifically in the court records in a handful of cases.

“We also looked at other ways it might have shown up more indirectly, such as in the grounds for divorce, which could include physical cruelty, mental cruelty, or irreconcilable differences. While physical cruelty was rarely used, mental cruelty was significantly more likely among the women experiencing IPV, and specifically those who reported coercive controlling violence,” says Brian Ogolsky, HDFS associate professor and the paper’s lead author.

However, Illinois and many other states now use no-fault grounds for divorce, which removes one indirect way that IPV may show up in divorce cases, he adds.

“In addition to the association between documentation, self-reporting, and custody outcomes, we also looked at other legal factors such as civil protective order or a criminal record related to domestic violence, and whether the case was contested or there was any third-party intervention. Again, we found violence mostly showed up indirectly,” Ogolsky says.

Other studies have found that including IPV sometimes results in worse custody outcomes for women, so attorneys may choose not to recommend reporting it. Ogolsky and Hardesty did not find that effect, though cases took longer when IPV was reported, and when women sought sole custody.

“We found time spent in court for custody cases was about 18 months longer for women who tried to get sole custody of their kids. And if it’s a matter of safety, it is 18 months longer in a potentially unsafe environment. Not only is it extremely costly to work through the court system, but it’s also dangerous because they may still be dealing with the abuser on a regular basis,” Ogolsky states.

The researchers caution that sole custody is not always the right solution. However, it is especially important for women experiencing CCV that the violence be documented. They may be afraid of challenging their abuser in a custody case, but they and their children can be at higher risk for continued violence.

“I think it’s important to recognize the amount of violence that goes undetected in the divorce process. That doesn’t mean all violence in a relationship is necessarily relevant to the custody decisions, depending on the context and nature of what’s happened and the degree of danger or risk,” Hardesty notes.

“But when we rely on mothers to self-report IPV to their attorney, we put the onus on them. We found they aren’t necessarily going to disclose it. And some of the women in our sample were clearly at high risk. That indicates a need for universal screening and assessment for IPV in divorce cases.”

One recommendation arising from the research is systematic training for legal professionals, which will be the focus of an upcoming project. Hardesty and Ogolsky recently received a $1.2 million grant from the Department of Justice to study the effectiveness of training attorneys to identify and address intimate partner violence in divorce and custody cases.

The paper, “Parsing through public records: When and how is self‑reported violence documented and when does it influence custody outcomes?” is published in the Journal of Family Violence [https://doi.org/10.1007/s10896-022-00401-w]. Authors include Brian Ogolsky, Jennifer Hardesty, Jaclyn Theisen, So Young Park, Christopher Maniotes, Angela Whittaker, Jia Chong, and Tanitoluwa Akinbode.

Parsing through public records: When and how is self‑reported violence documented and when does it influence custody outcomes?