How IL-6 allows the immune response to develop for a key cell, the T follicular helper

These preclinical findings may have therapeutic potential for autoimmune diseases like lupus. 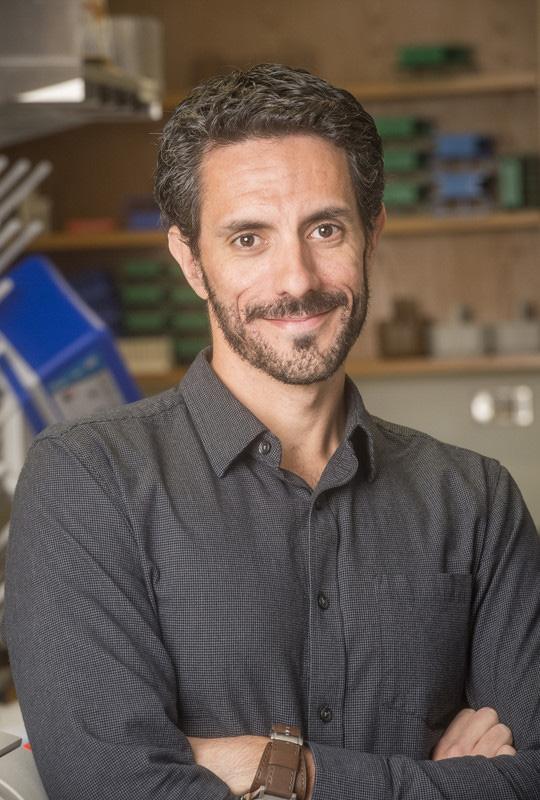 BIRMINGHAM, Ala. – The body’s immune response fights against infectious disease, and it safeguards against future infections through vaccination. However, if the immune response dysfunctions and attacks the body itself, it can cause autoimmune disease. Thus, a healthy immune response balances an instant readiness to combat infecting viruses or bacteria, while maintaining benign surveillance of the body’s own tissues.

A key player in the immune response is T follicular helper cells. These Tfh cells are essential in vaccination responses, but they can be harmful actors in an autoimmune disease like lupus.

Now, a preclinical study published in Science Immunology shows how the interplay of two interleukin signaling proteins, IL-6 and IL-2, affects the development of Tfh cells. This interplay may either maintain or disrupt the balancing act of the immune system. Thus, the research may help guide future disease treatment.

“We believe these findings have important therapeutic implications,” said André Ballesteros-Tato, Ph.D., associate professor in the University of Alabama at Birmingham Department of Medicine’s Division of Clinical Immunology and Rheumatology and leader of the research.

“For example, it is well-known that abnormal expansion of Tfh cells correlates with disease severity in systemic lupus erythematosus patients. Unfortunately, there are currently no therapies to selectively deplete Tfh cells in vivo. Based on our data, it is tempting to speculate that blockade of IL-6 with IL-6-neutralizing antibodies — in combination with recombinant IL-2 administration — will synergize to efficiently prevent Tfh cell responses in autoimmune patients, thereby avoiding the production of self-reactive antibodies.”

Both IL-6-neutralizing antibodies and recombinant IL-2 are Food and Drug Administration-approved drugs.

“The findings in this study are quite exciting,” said S. Louis Bridges, Jr., M.D., Ph.D., director of the UAB Division of Clinical Immunology and Rheumatology. “Both IL-6 and IL-2 are key molecules in immune responses and autoimmune diseases. This research helps to elucidate the complex interactions of these cytokines and how they influence Tfh cells. The novel findings in this paper may ultimately lead to better ways to treat diseases such as lupus.”

Development of Tfh cells takes place this way — Tfh cells react with antigens presented outside of B cell follicles in the lymph nodes or spleen. The activated Tfh cells then move into the follicles, where the Tfh cells interact with B cells to produce a germinal center — a factory that multiplies and transforms B cells into high-specificity, antibody-producing cells.

The study began from an apparent paradox for the UAB researchers and colleagues in Virginia and Maryland. As Tfh cells become germinal center-Tfh cells, they need sustained T-cell receptor stimulation to maintain the germinal center-Tfh state. Yet that same stimulation is known to induce expression of the interleukin-2 receptor and production of the interleukin IL-2, which together should create a feedback loop of IL-2 signaling that is known to inhibit Tfh cells. Therefore, Ballesteros-Tato and colleagues sought to understand how Tfh cells evade this potent inhibition.

They and others previously have shown that treatment with recombinant IL-2 prevents Tfh cell responses in mice. In the Science Immunology paper, using a model of influenza infection in mice, they found that IL-6 protects Tfh cells from the deleterious effect of IL-2 by interrupting the feedback loop. This effect allows Tfh cells to receive T-cell receptor stimulation without responding to IL-2. Part of the proof of this interplay was showing that blockade of IL-6 signaling rendered Tfh cells more susceptible to IL-2-mediated depletion, at lower levels of IL-2.

The researchers found that IL-6 protection was not needed in the first week of the immune response, apparently because other immune cells that consume IL-2 are present, lowering IL-2 levels. The IL-6 protection became essential after the Tfh cells entered B cell follicles to start germinal center development. There, the IL-2 produced by Tfh cells, Ballesteros-Tato says, is not consumed, which likely lets IL-2 levels rise past a threshold that requires IL-6 protection.

The research revealed underlying mechanistic details. The researchers found that IL-6 inhibited upregulation of the IL-2 beta receptor subunit, also called CD122, by preventing association of the STAT5 transcription factor with the Il2rb gene for that receptor subunit. This allowed the germinal center-Tfh cells that received sustained T-cell receptor signaling and were producing IL-2 to circumvent the T-cell receptor/IL-2-inhibitory feedback loop because the receptor cannot function.

Altogether, these results have identified a regulatory mechanism that controls the generation of germinal center-Tfh cells. Instead of one interleukin or another controlling the response of Tfh cells in an on-off fashion, IL-6 signaling fine-tunes the threshold of IL-2 responsiveness; thus, the relative levels of the two interleukins determine the fate of the Tfh cells.

First author, along with corresponding author Ballesteros-Tato, of the Science Immunology report, “Inhibition of IL-2 responsiveness by IL-6 is required for the generation of GC-Tfh cells,” is Amber Papillion, postdoctoral fellow in UAB Department of Medicine, Division of Clinical Immunology and Rheumatology. “Papillion is a great example of an outstanding young scientist whose cutting-edge research will help us better understand autoimmune diseases,” Bridges said.

Support came from the University of Alabama at Birmingham; National Institutes of Health grants AI110480, AI116584, AI061061, AI127800 and AI134972; and Intramural Research Program funds from the National Institute of Arthritis and Musculoskeletal and Skin Diseases. Papillion was supported by NIH Training Program in Rheumatic and Musculoskeletal Diseases Research, T32 AR069516.

Scienmag May 9, 2019
Study could help improve air quality in Salt Lake City and other cities across the US WestCredit: S. Brown, Utah…