How do waves form in the sea? 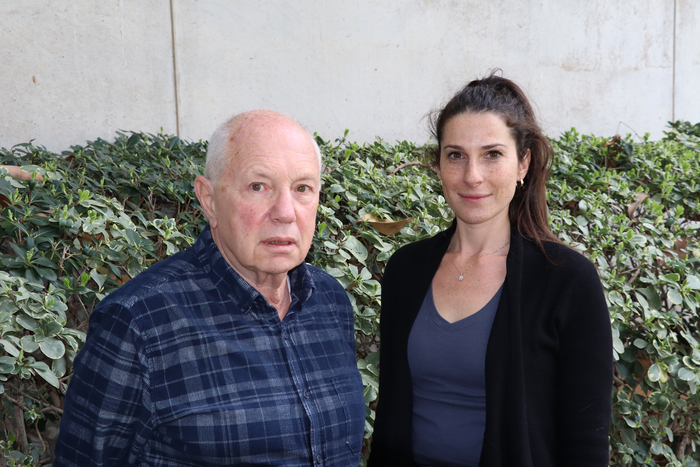 One of the most common and well-known natural phenomena is the formation of sea waves by winds and gusts of air. But it turns out that although the phenomenon has always been known, and despite the fact that modern science has been trying for about 150 years to understand, the mechanism leading to the phenomenon in depth, to this day, the precise mathematical model that describes the process in its entirety has not yet been fully understood and verified experimentally.

Llink to the Video:

Researchers from Tel Aviv University have developed an innovative and first-of-a-kind theoretical model that sheds light on the mystery. The model is designed to explain the process of wave formation, and has been tested in a series of complex experiments that have been performed over an extended period of time. The researchers are Prof. Lev Shemer and Dr. Meital Geva of the Water Wave Laboratory at the School of Mechanical Engineering, Iby and Aladar Fleischman Faculty of Engineering. The study was published in the prestigious journal Physical Review Letters.

Dr. Geva explains: “The development of wind waves on the surface of the water is a complex phenomenon. One of the reasons for the lack of a comprehensive theory of the process is due to the absence of detailed experimental results – wave and wind field measurements conducted at sea are very limited, mainly due to the inability to control environmental conditions and the difficulty in conducting experiments at open sea, or even near the sea shore. The Wave Laboratory at the School of Mechanical Engineering at Tel Aviv University has a unique and autonomous experimental facility for examining the interaction between water and wind that enables the collection of comprehensive information on the behavior of water waves in space and time, under different wind regimes.”

Mechanical waves, including water waves, can be described by a collection of frequencies, just as a melody can be broken down into musical notes and harmonies .The most common models today take into account the growth of a single, most unstable harmonic, and assume that its spatial distribution is uniform. The new model proposed by the researchers, takes into account all the unstable harmonics and the limitations that apply to them – including the breaking limit of very steep harmonics, gradual decay due to sheltering  of low-amplitude harmonics by higher waves and a spatial development time limit. In doing so, the new theory makes it possible to describe the physical situation with high reliability, compared to the previous models.

The researchers add that the theoretical difficulty that existed in developing an entire model stems from the fact that water surface consists of intricate dynamic shapes and patterns that react with each other. The three dimensional wave field is characterized by a high degree of randomness and varies in time and in space.  The problem also involves a variety of mechanical forces due to gravity, viscosity and surface tension, and the transition of energy and momentum between air and water must be taken into account – a fluid mechanics issue that is not at all trivial. The embedded problem in previous theories, that have been used by researchers in this field for about 65 years, stems from the many assumptions on which they were based and the inability to validate them quantitatively, which greatly limited their physical prediction ability.

Dr. Geva elaborates on the new model and its applications: “In this study, we use, for the first time, precise equations and accepted methods from the field of statistical mechanics in order to analyze the random and non-linear processes that occur during the formation of waves. In fact, the proposed model is the only one that allows a description of the time and space of the wave field from a state of smooth water surface to a final state set in time and, most importantly – it is the first model that is fully verified by experiments and that describes the process not only qualitatively, but also quantitatively.

The formation of wind waves is the result of an interaction between the ocean and the atmosphere, and therefore the process has a decisive effect on the passage of mass, momentum, and energy at the interface with the water surface. Based on this, we believe that the proposed description is an important step in improving models for forecasting short-term weather, and for forecasting climate change over longer time periods of time. In addition, understanding this interaction will allow an assessment of environmental conditions affecting marine life, and the ability to predict the movement of pollutants on the surface of the water. Using the conclusions from the study, one can take one step further in these areas, which are of increasing importance in the climate crisis age in which we now live. Beyond that, it’s always great to solve mysteries in science, and we’re happy with the results.”

It is worthy of note that the Water Wave Laboratory, headed by Prof. Lev Shemer, has also served for years to validate models from other fields of knowledge in engineering and physics, including a number of recently published discoveries such as darkness focusing similar to light rays focusing, and a new type of waveguide, both the fruits of collaboration with Prof. Ady Arie of the School of Electrical Engineering.

Excitation of Initial Waves by Wind: A Theoretical Model and Its Experimental Verification