How do patients with cystic fibrosis respond to COVID-19? 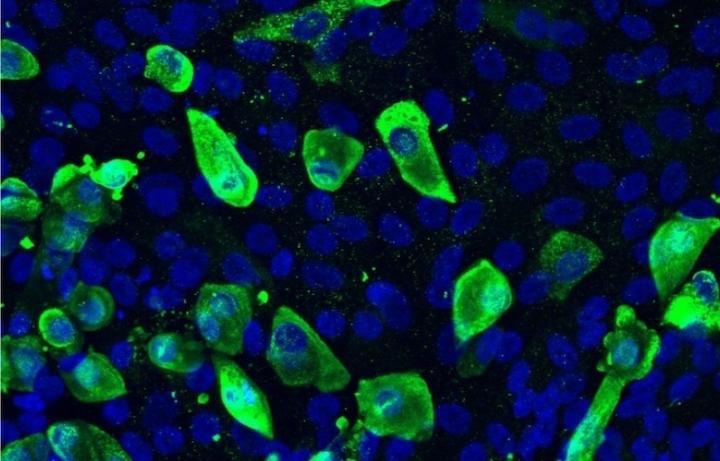 So far, based on clinical data, patients with cystic fibrosis (CF) don’t appear to be especially susceptible to COVID-19, and when they do get infected, they don’t seem to get sicker. But Ruobing (Ruby) Wang, MD, a physician-scientist in the Division of Pulmonary Medicine at Boston Children’s Hospital, cares for patients with CF and thinks there is more to the story.

“We know that when patients with CF got H1N1, some got very sick,” she says. “The CF community as a whole has been so effective at social distancing that there is a lack of information on how they respond to SARS-CoV-2.”

Based on the experience with H1N1 and other infections, Wang suspects that patients with CF may have different susceptibility, a dysregulated immune response to COVID-19, or both. Under a grant from the Cystic Fibrosis Foundation, she is putting the question directly to the test.

Using patients’ blood cells, stem cell technology, and gene-editing technology, Wang and her colleagues at Boston University have engineered an airway lining that reproduces CF in a dish, and are testing what happens when they expose it to SARS-CoV-2. For comparison, they are also testing the virus in a companion model, in which the CF defect has been genetically corrected through CRISPR-Cas9 gene editing.

“We did this to create a clean experiment,” explains Wang. “We corrected the CF mutation, but otherwise, the cells come from the same patient with the same genetic background, to ensure that any observed difference in response to the virus is due to the CF defect.”

For the new model, Wang generated the airways using stem cells derived from some of her own patients with CF. In experiments, the model reproduced the defect in ion transport that is the hallmark of CF. But when her team corrected the CFTR gene in the stem cells — with the help of Thorsten Schlaeger, PhD, and George Daley, MD, PhD, in Boston Children’s Stem Cell Program — the airway cells made from the corrected cells were free of the defect.

“This provided us with a perfectly matched set of control samples to investigate the role of CFTR in health and disease, including in response to COVID-19 infection,” says Wang.

As the next step, Wang’s team, together with Hawkins and Kotton, has begun exposing its CF airway model to live SARS-CoV-2. For safety purposes, this work is being conducted at the National Emerging Infectious Disease Laboratories (NEIDL) at the BU School of Medicine, with Elke Mulberger, PhD, Mohsan Saeed, PhD, and other researchers at NEIDL’s Biosafety Level 3 facility.

“To our knowledge, this is the first time an airway derived from iPS cells is being used to model the effects of SARS-CoV-2,” notes Wang.

Thus far, the researchers have shown that the cells in the model CF airway can be infected by SARS-CoV-2 and can be potentially used to assess antiviral drug responses. They believe this airway-in-a-dish could be a stand-in for modeling the effects of SARS-CoV-2 in patients with CF and testing a patient’s personalized response to antiviral treatments. In future research, Wang hopes to compare responses to the virus — and drugs used to treat it — in model CF airways versus genetically corrected, “non-CF” airways.

“Information from these studies may generate useful insights to guide therapy for CF patients during the COVID-19 pandemic,” Wang says.

Down the road, the platform could also be used to test the airway effects of other viruses, toxins, or diseases. “I’d love to see how an asthmatic airway responds to the coronavirus too,” she says.

Boston Children’s Hospital is ranked the #1 children’s hospital in the nation by U.S. News & World Report and is the primary pediatric teaching affiliate of Harvard Medical School. Home to the world’s largest research enterprise based at a pediatric medical center, its discoveries have benefited both children and adults since 1869. Today, 3,000 researchers and scientific staff, including 8 members of the National Academy of Sciences, 21 members of the National Academy of Medicine and 12 Howard Hughes Medical Investigators comprise Boston Children’s research community. Founded as a 20-bed hospital for children, Boston Children’s is now a 415-bed comprehensive center for pediatric and adolescent health care. For more, visit our Discoveries blog and follow us on social media @BostonChildrens, @BCH_Innovation, Facebook and YouTube.