RIVERSIDE, Calif. — What you eat influences your taste for what you might want to eat next. So claims a University of California, Riverside, study performed on fruit flies. 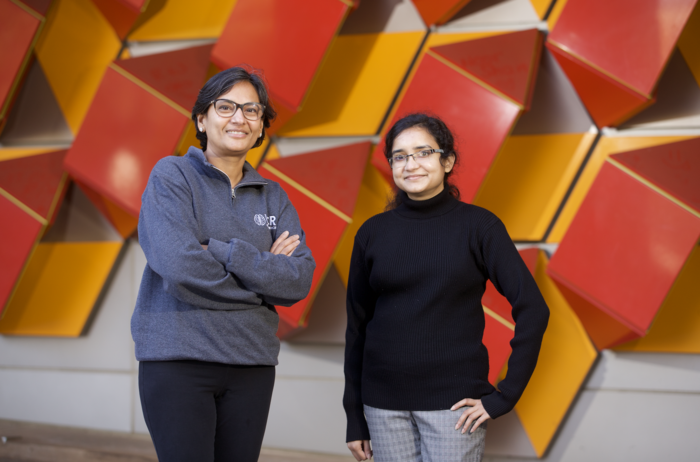 RIVERSIDE, Calif. — What you eat influences your taste for what you might want to eat next. So claims a University of California, Riverside, study performed on fruit flies.

The study, published in the Journal of Neuroscience, offers a better understanding of neurophysiological plasticity of the taste system in flies.

To maintain ideal health, animals require a balanced diet with optimum amounts of different nutrients. Macronutrients like carbohydrates and proteins are essential; indeed, an unbalanced intake of these nutrients can be detrimental to health. Flies require macronutrients such as sugars and amino acids for survival. They use the gustatory system, the sensory system responsible for the perception of taste, to sense these nutrients and begin feeding.

In their experiments in the lab, the researchers Anindya Ganguly and Manali Dey, led by Anupama Dahanukar, fed adult flies different diets: a balanced diet, a sugar-reduced and protein-enriched diet, and a sugar-enriched and protein-depleted diet. They ensured that all three diets were similar in total calorie content and tested the flies daily for a week to examine modifications in their food choice and taste sensitivity.

The researchers report that diet affects dopamine and insulin signaling in the brain, which, in turn, affects the flies’ peripheral sensory response, which is comprised of neurons directly involved in detecting external stimuli. This response then influences what the flies eat next.

“We found diet changed the flies’ taste preference,” said Dahanukar, an associate professor of molecular, cell and systems biology. “For a diet with excess protein at the expense of carbohydrates, the flies’ taste sensitivity changed so that they mounted a compensatory behavioral response in the short term to eat more carbohydrates and less protein in order to regain a balanced diet.”

What this may mean for other animals, including humans, is that conserved signaling pathways could play a role in mounting similar diet-induced changes in taste. Individuals on a high sugar diet could see a dampening of sugar taste, making sugars less palatable at least for the short term. Similarly, a low protein diet would enhance umami taste, increasing the value of protein-rich foods to be consumed next.

“Changes in gene expression appear to be involved,” said Ganguly, a former graduate student at UC Riverside and now a postdoctoral researcher at UC Santa Barbara. “We see these changes in flies based on dietary exposure for just a day or two.”

Interestingly, when the flies that were fed unbalanced diets were returned to a balanced diet, their taste sensitivity returned to baseline levels, suggesting that changes in taste preference are reversible.

“Our work shows that imbalances in diet affect your taste preferences in a way that help you in the short term at least,” said Dey, a graduate student in Dahanukar’s lab. “They help you change your taste so that you prefer foods that benefit you, foods that would help you achieve metabolic homeostasis again.”

Dahanukar cautioned, however, that long term effects on consumption may be more complex. For example, research by other scientists has shown that while flies raised on a high sugar diet saw their sugar response decrease in the short term, flies maintained on that diet consumed more of that food in the long term.

Dahanukar, Ganguly, and Dey were joined in the study by Christi Scott and Vi-Khoi Duong. Scott is a former graduate student and postdoctoral researcher at UCR. She helped analyze transcriptome data. Duong is a former undergraduate student who did his honors thesis in Dahanukar’s lab. He is now in dental school.