How cells solve their identity crisis

Salk scientists uncover how cells remember their identity, avoiding errors that could cause cancer 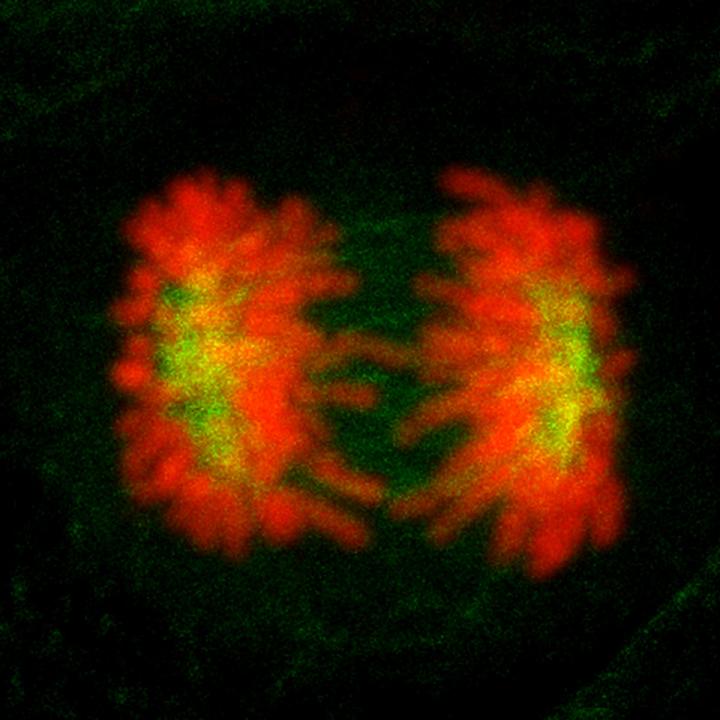 LA JOLLA–(June 4, 2020) Cancer is often the result of DNA mutations or problems with how cells divide, which can lead to cells “forgetting” what type of cell they are or how to function properly. Now, Professor Martin Hetzer and a team of scientists have provided clarity into how new cells remember their identity after cell division. These memory mechanisms, published in Genes & Development on June 4, 2020, could explicate problems that occur when cell identity is not maintained, such as cancer.

“We gained new insights into the memory mechanisms that allow the right genes to turn on at the right time, so that a new cell can become the same type of cell as the parent cell,” says Hetzer, the paper’s senior author and holder of the Jesse and Caryl Philips Foundation Chair and Salk’s Chief Science Officer. “Our findings lay the foundation for understanding this brief and dynamic cell life stage that is critical for cellular identity.”

Cell division is one of the most critical periods of tissue development and homeostasis. During this process, called mitosis, cells have to copy all their DNA correctly and then split evenly in two. To reduce distractions, gene activity turns off during mitosis, right before the cells divide, stopping the production of proteins. After the cell divides into two cells, gene expression turns back on, in a coordinated fashion, to restart protein production. This process of starting up the production of specific proteins informs the cell of what it should become. Yet, scientists did not know how exactly this process worked.

“We wanted to understand the molecular mechanisms of cell identity and transcriptional memory,” says the paper’s first author, Hyeseon Kang, a UC San Diego graduate student in Hetzer’s lab. “How does the mother cell pass on identity to the daughter cells through cell division?”

Under normal conditions, cultured cells in the laboratory are at multiple stages of the cell cycle. This makes it difficult to pinpoint the time period right after mitosis when the cells are remembering what type of cell to become. Hetzer’s team synchronized retinal cells and bone cancer cells using a chemical inhibitor, which aligned them to the same stage of the cell life cycle. The scientists were then able to examine the short window when genes are active after mitosis. This technique provides a complete picture of the reactivation of the cell’s entire genome after mitosis, for the first time.

The team found that many genes are activated immediately after cell division. The genes act in a cascade, like a row of falling dominos, to send critical signals to activate additional genes. This process of activation allows the cell to “wake up” from its cellular amnesia and become its destined identity.

“This research focuses on a fundamental question: How does a cell remember who it is and what it’s supposed to be doing?” says Jesse Dixon, an author of the paper and a fellow in the Helmsley-Salk Fellows Program. “We have mapped out when and where a lot of these memory features are established. Next, we can start to manipulate specific features to gain a better mechanistic understanding of cell identity.”

The work was funded by the National Institutes of Health Transformative Research Award (R01 NS096786, R01 GM126829); the Keck Foundation; and the NOMIS Foundation.