A team of researchers with specialties related to birds are flying high these days after receiving some news that ultimately could lead to certain social changes for humans and biological ones for their feathery friends. 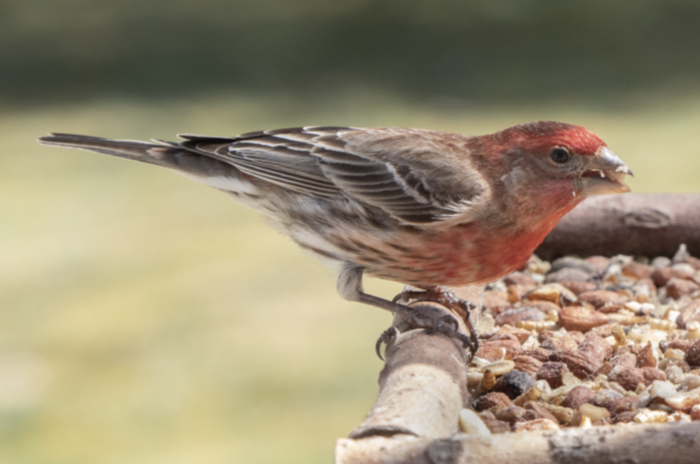 A team of researchers with specialties related to birds are flying high these days after receiving some news that ultimately could lead to certain social changes for humans and biological ones for their feathery friends.

Dayer, an associate professor in the Department of Fish and Wildlife Conservation, and Hawley, professor of biological sciences, started working on bird feeding five years ago when they received a joint seed grant from the Global Change Center of the Fralin Life Sciences Institute and the Institute for Society, Culture and the Environment. They later applied for the larger and more competitive NSF grant and were recently notified of funding.

Their collaborative project involves researchers from the Cornell Lab of Ornithology, which manages Project FeederWatch — a November-April participatory science project in which birders observe birds that visit backyards, nature centers, community areas, and other locales in North America. By counting birds on select days and submitting their data online, members of the general public are able to participate in and advance scientific research. Researchers from The Ohio State University and the University of Georgia also are involved.

“After more than 35 years of learning about the birds that thousands of people are seeing in backyards across the country, we are excited to understand what seeing those birds means to these dedicated participatory scientists,” said David Bonter, the Arthur A. Allen Director of Citizen Science at the Cornell Lab of Ornithology. “Remarkably, linking natural science with social science is unique in the world of participatory science.”

The project is multifaceted. The team wants to learn how birds react to what people do in their backyards, how people react to what they see at feeders, and how birds impact people’s well-being. A group of more than 10,000 people from across the nation will be submitting information through Project FeederWatch, and the grant allows for the funding of positions to collect, sort, and analyze that data.

“With this study, we will be able to explore how to maximize benefits to wildlife and humans in a dynamic system,” Dayer said. “Importantly, we aim to shed light on questions wildlife agencies are asking about how to address avian disease outbreaks. If they tell people to take down their bird feeders, how will that impact populations of birds and how will it impact human well-being if people are no longer seeing birds at their feeders?”

The project, which starts in January, also will tackle the challenge of diversifying the field of participatory science. Working with an advisory team of experts, Dayer and her colleagues will explore how to make changes to Project FeederWatch to engage more Black, Indigenous, and people of color, and people with disabilities in observing birds at feeders.

In addition, Hawley and a graduate student will be looking at ways to stop the spread of a pathogen causing conjunctivitis in birds, an illness that resembles pink eye. House finches seem particularly vulnerable.

Hawley, a disease ecologist, termed the disease as being “indirectly lethal.” It doesn’t kill the birds directly but makes them feel so lethargic that they often either lack the strength to find food or become easy prey for predators.

“We think that bird feeders ironically may help birds stay alive when they’re really sick because it provides an easy source of food,” Hawley said. “But at the same time, by keeping diseased birds alive and using feeders, it’s probably contributing to spread, so there’s this trade-off where you might be helping diseased birds in an area by putting feeders up but potentially hurting the birds that have not gotten the disease yet.

“What we’re looking for are ways to prevent spread rather than treating the birds, which is hard to do for wild birds. Preventing spread at feeders would minimize how many birds get sick in the first place. We’re trying to come up with some approaches for cleaning feeders that are realistic for people but still result in reduced spread of bacteria, such as using bleach wipes to clean feeding stations.”

Hawley continued, “From a conservation standpoint and with all the global changes happening, we really can’t continue to study any biological phenomenon without incorporating human behavior and actions and feelings. There are few places left on the planet that are completely untouched by human activity, and so, I think it’s more important than ever to study biological systems in the context of human thoughts and actions as well.”

The project has a four-year timeline with the potential to extend it another year. Dayer hopes the group’s research ultimately aids agencies and organizations that manage wildlife, while offering benefits to the more than 47 million people in the U.S. who feed birds.

“There is a lot of interest in how human well-being is impacted by the natural environment, and that interest grew due to the pandemic, when it was found that people who watch and feed birds were turning to nature and the outdoors to fill a void of missing social interaction,” Dayer said. “And so, understanding how important that interaction with nature can be for human well-being is important to a lot of conservation organizations as a means to articulate a human benefit of bird conservation. There is also potential to inform the growing fields of nature-based therapy, developing ways to address mental and physical health challenges. What are outlets that nature and birds might provide? We look forward to sharing our results broadly.”

“This is truly a transdisciplinary project in which the social sciences and the natural sciences will come together in the study of a complex system with significant outcomes for humans and ecological systems,” said Joel Snodgrass, head of the Department of Fish and Wildlife Conservation. “The project clearly illustrates the interconnection among people, animals, and their shared environment and will provide students the opportunity to work at the cutting edge of science that addresses the complex environmental and human health challenges we currently face.”