How bacteria protect themselves from plasma treatment 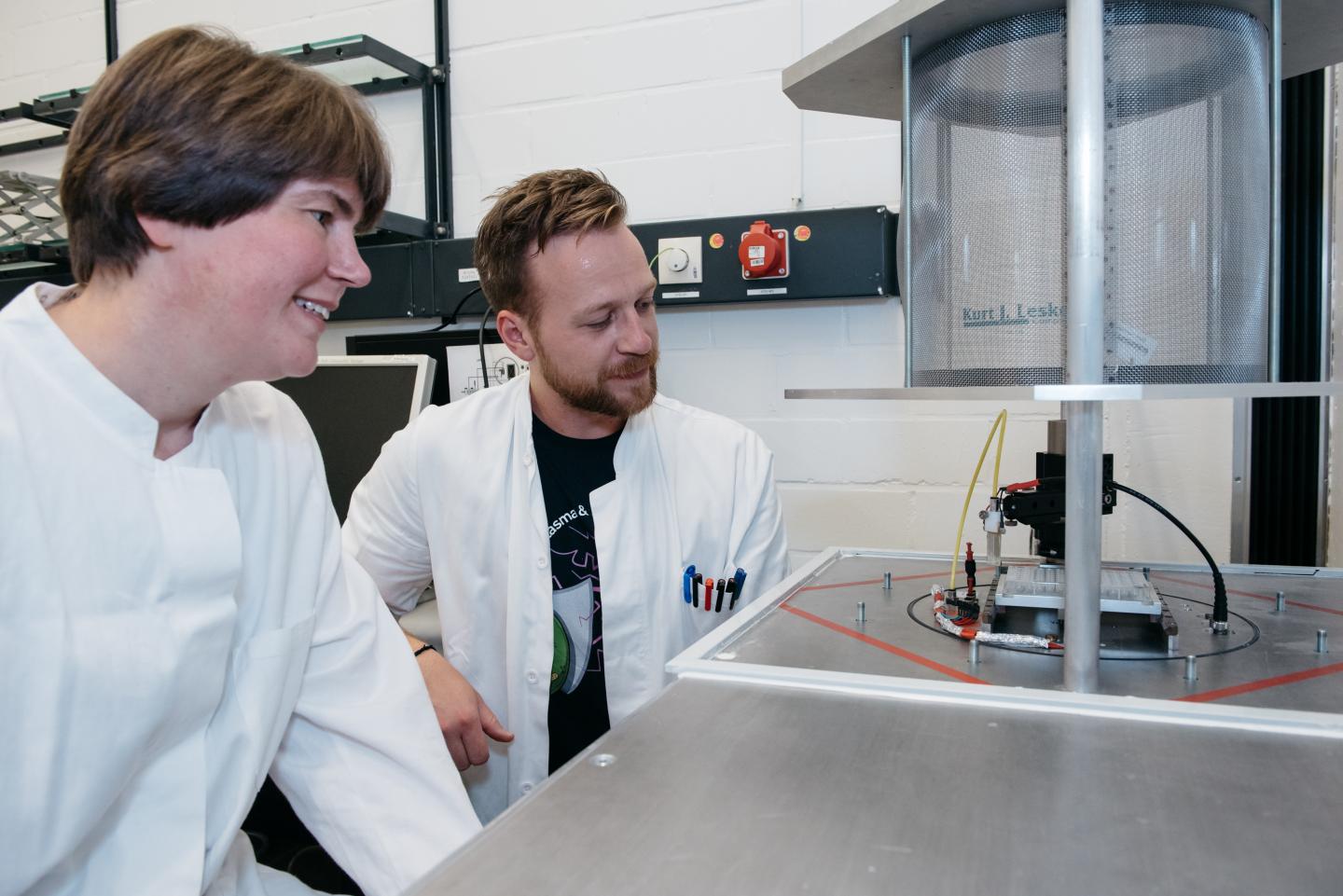 Considering the ever-growing percentage of bacteria that are resistant to antibiotics, interest in medical use of plasma is increasing. In collaboration with colleagues from Kiel, researchers at Ruhr-Universität Bochum (RUB) investigated if bacteria may become impervious to plasmas, too. They identified 87 genes of the bacterium Escherichia coli, which potentially protect against effective components of plasma. “These genes provide insights into the antibacterial mechanisms of plasmas,” says Marco Krewing. He is the lead author of two articles that were published in the Journal of the Royal Society Interface this year.

In order to find out if bacteria, may develop resistance against the effects of plasmas, like they do against antibiotics, the researchers analysed the entire genome of the model bacterium Escherichia coli, short E. coli, to identify existing protective mechanisms. “Resistance means that a genetic change causes organisms to be better adapted to certain environmental conditions. Such a trait can be passed on from one generation to the next,” explains Julia Bandow.

For their study, the researchers made use of so-called knockout strains of E. coli. These are bacteria that are missing one specific gene in their genome, which contains approximately 4,000 genes. The researchers exposed each mutant to the plasma and monitored if the cells kept proliferating following the exposure.

“We demonstrated that 87 of the knockout strains were more sensitive to plasma treatment than the wild type that has a complete genome,” says Marco Krewing. Subsequently, the researchers analysed the genes missing in these 87 strains and determined that most of those genes protected bacteria against the effects of hydrogen peroxide, superoxide, and/or nitric oxide. “This means that these plasma components are particularly effective against bacteria,” elaborates Julia Bandow. However, it also means that genetic changes that result in an increase in the number or activity of the respective gene products are more capable of protecting bacteria from the effects of plasma treatment.

The research team, in collaboration with a group headed by Professor Ursula Jakob from the University of Michigan in Ann Arbor (USA), demonstrated that this is indeed the case: the heat shock protein Hsp33, encoded by the hslO gene, protects E. coli proteins from aggregation when exposed to oxidative stress. “During plasma treatment, this protein is activated and protects the other E. coli proteins – and consequently the bacterial cell,” Bandow points out. An increased volume of this protein alone results in a slightly increased plasma resistance. Considerably stronger plasma resistance can be expected when the levels of several protective proteins are increased simultaneously.

Faculty of Biology and Biotechnology