How a ladybug warps space-time 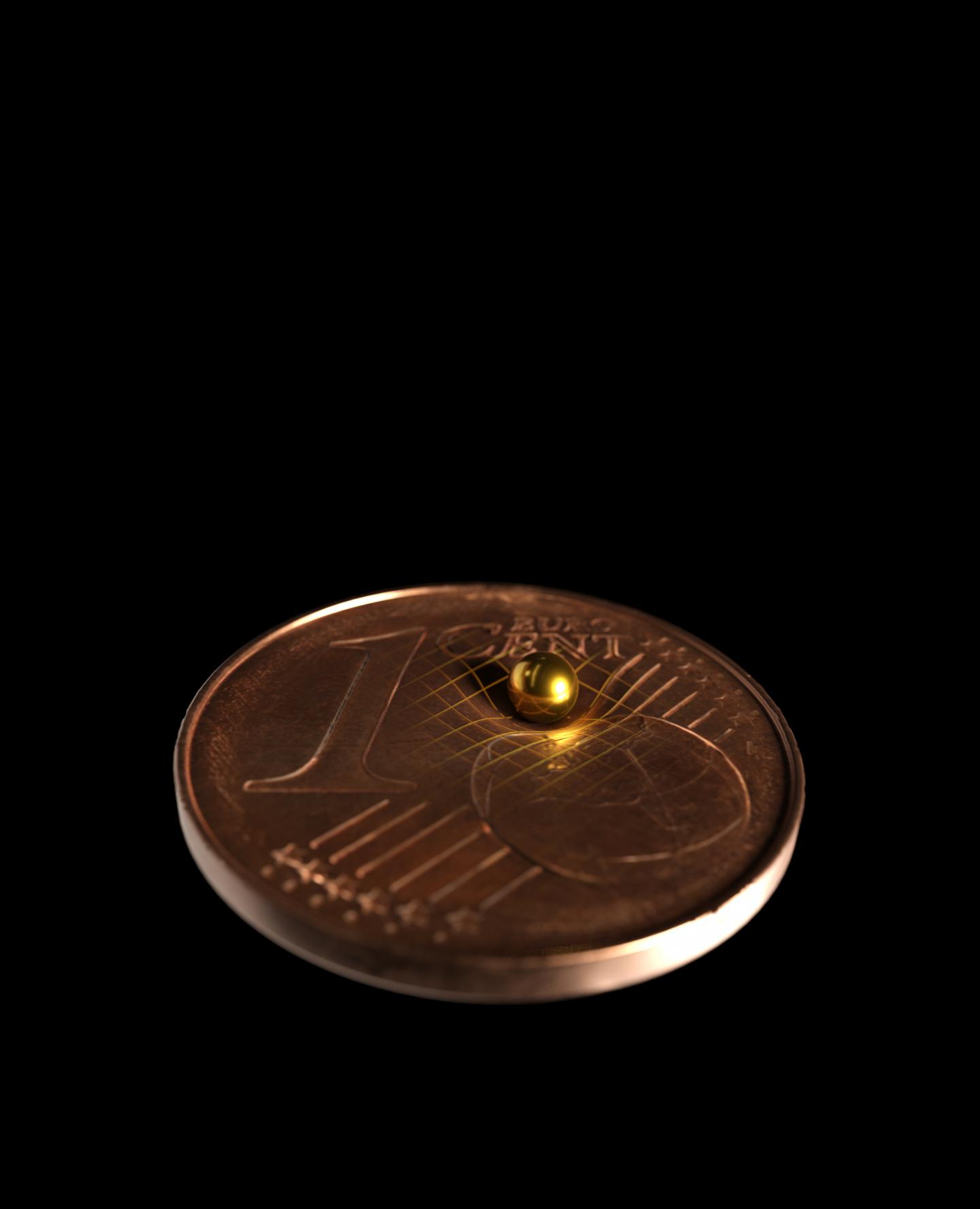 Gravity is the weakest of all known forces in nature – and yet it is most strongly present in our everyday lives. Every ball we throw, every coin we drop – all objects are attracted by the Earth’s gravity. In a vacuum, all objects near the Earth’s surface fall with the same acceleration: their velocity increases by about 9.8 m/s every second. The strength of gravity is determined by the mass of the Earth and the distance from the center. On the Moon, which is about 80 times lighter and almost 4 times smaller than the Earth, all objects fall 6 times slower. And on a planet of the size of a ladybug? Objects would fall 30 billion times slower there than on Earth. Gravitational forces of this magnitude normally occur only in the most distant regions of galaxies to trap remote stars. A team of quantum physicists led by Markus Aspelmeyer and Tobias Westphal of the University of Vienna and the Austrian Academy of Sciences has now demonstrated these forces in the laboratory for the first time. To do so, the researchers drew on a famous experiment conducted by Henry Cavendish at the end of the 18th century.

During the time of Isaac Newton, it was believed that gravity was reserved for astronomical objects such as planets. It was not until the work of Cavendish (and Nevil Maskelyne before him) that it was possible to show that objects on Earth also generate their own gravity. Using an elegant pendulum device, Cavendish succeeded in measuring the gravitational force generated by a lead ball 30 cm tall and weighing 160 kg in 1797. A so-called torsion pendulum – two masses at the ends of a rod suspended from a thin wire and free to rotate – is measurably deflected by the gravitational force of the lead mass. Over the coming centuries, these experiments were further perfected to measure gravitational forces with increasing accuracy.

The Vienna team has picked up this idea and built a miniature version of the Cavendish experiment. A 2 mm gold sphere weighing 90 mg serves as the gravitational mass. The torsion pendulum consists of a glass rod 4 cm long and half a millimeter thick, suspended from a glass fiber a few thousandths of a millimeter in diameter. Gold spheres of similar size are attached to each end of the rod. “We move the gold sphere back and forth, creating a gravitational field that changes over time,” explains Jeremias Pfaff, one of the researchers involved in the experiment. “This causes the torsion pendulum to oscillate at that particular excitation frequency.” The movement, which is only a few millionths of a millimeter, can then be read out with the help of a laser and allows conclusions to be drawn about the force. The difficulty is keeping other influences on the motion as small as possible. “The largest non-gravitational effect in our experiment comes from seismic vibrations generated by pedestrians and tram traffic around our lab in Vienna,” says co-author Hans Hepach: “We therefore obtained the best measurement data at night and during the Christmas holidays, when there was little traffic.” Other effects such as electrostatic forces could be reduced to levels well below the gravitational force by a conductive shield between the gold masses.

This made it possible to determine the gravitational field of an object that has roughly the mass of a ladybug for the first time. As a next step, it is planned to investigate the gravity of masses thousands of times lighter.

The possibility of measuring gravitational fields of small masses and at small distances opens up new perspectives for research in gravitational physics; traces of dark matter or dark energy could be found in the behavior of gravity, which could be responsible for the formation of our present universe. Aspelmeyer’s researchers are particularly interested in the interface with quantum physics: can the mass be made small enough for quantum effects to play a role? Only time will tell. For now, the fascination with Einstein’s theory of gravity still prevails. “According to Einstein, the gravitational force is a consequence of the fact that masses bend spacetime in which other masses move,” says first author Tobias Westphal. “So what we are actually measuring here is, how a ladybug warps space-time.”