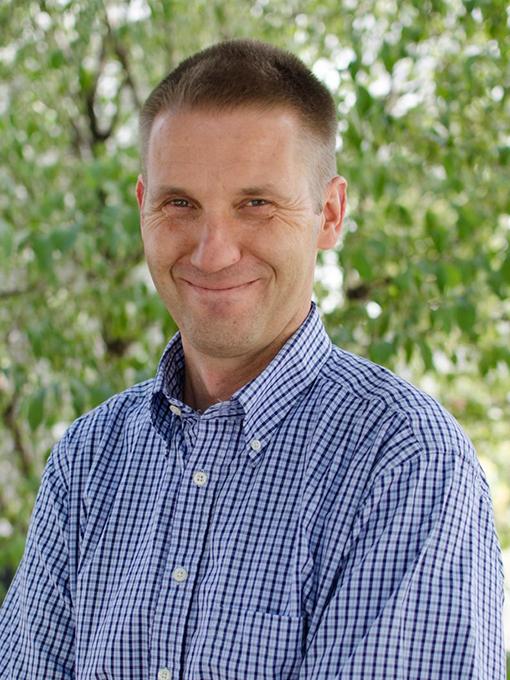 As interest in industrial hemp increases, a West Virginia University professor hopes to help farmers and growers better understand the most conducive environments for a successful harvest.

Michael Gutensohn, assistant professor horticulture in the Davis College of Agriculture, Natural Resources and Design, will be studying what environmental factors lead to an accumulation of tetrahydrocannabinol, or THC, in the plant.

Because THC is a psychoactive compound, the level allowed in harvested and sold hemp is regulated by the U.S. Department of Agriculture.

That means growing industrial hemp, which can be used for fiber, oil, and pharmaceuticals, can be a financial gamble for growers.

“There is enough evidence out there that under certain circumstances even these industrial hemp varieties that should be low in THC accumulate higher amounts than the legal limit. Plants going ‘hot’ – so over the legal THC limit – is a huge problem for the growers. They can’t sell their crop anymore, so either they have to destroy it or they can wait and hope that it will drop again. Of course, there’s no guarantee,” Gutensohn said.

Hemp was once classified as an illicit drug making it impossible to obtain federal funding for research, and that contributes to a lack of knowledge about this crop.

“It’s actually very surprising how little is known about it. Even simple things that we all know about from other crop systems, we don’t know when we talk about industrial hemp,” he said. “There wasn’t much research done before, but now we’ve received funding for such an evolving and emerging crop system and research field.”

The National Institute of Food and Agriculture, a program through the U.S. Department of Agriculture, awarded him a $200,000 Agriculture and Food Research Initiative grant to study industrial hemp for two years.

Although environment is known to play a role, evidence has always been purely circumstantial and never scientifically analyzed.

“Growers that grow hemp have the same questions, issues and problems of someone that is growing corn. The research and knowledge that is there is the key difference,” he said.

The research will include hemp grown in heat, drought, varying light intensity, too much and too little fertilizer – what all crops in a field would be exposed to. In analyzing the environment’s effects on the production of THC and other cannabinoids, the researchers will also look at biochemical and genetic components.

Once the effects of different environments on THC are analyzed in addition to the crop’s biochemistry, he and his team will attempt to genetically modify the plant.

“We’re going to look at metabolites and consider the underlying genetics. Whenever you see such a response in a plant, it normally means there’s genetic regulation happening. To ultimately solve this problem, we need to have a better understanding of the genetic regulation,” he explained. “Keep in mind this is basic research. We want to understand what leads to this accumulation of certain metabolites. We’ll try to eliminate a gene that is involved in the formation of THC and see if that solves the problem,” he said.

The long-term goal of his research is to develop a new crop system, one that can better weather environmental challenges so as not to accumulate THC. Gutensohn said he’d also like to develop a crop that can produce more of the other non-psychoactive cannabinoids found in hemp, making the crop more profitable for the smaller farms in West Virginia. However, the short-term goal is to help growers with their crops.