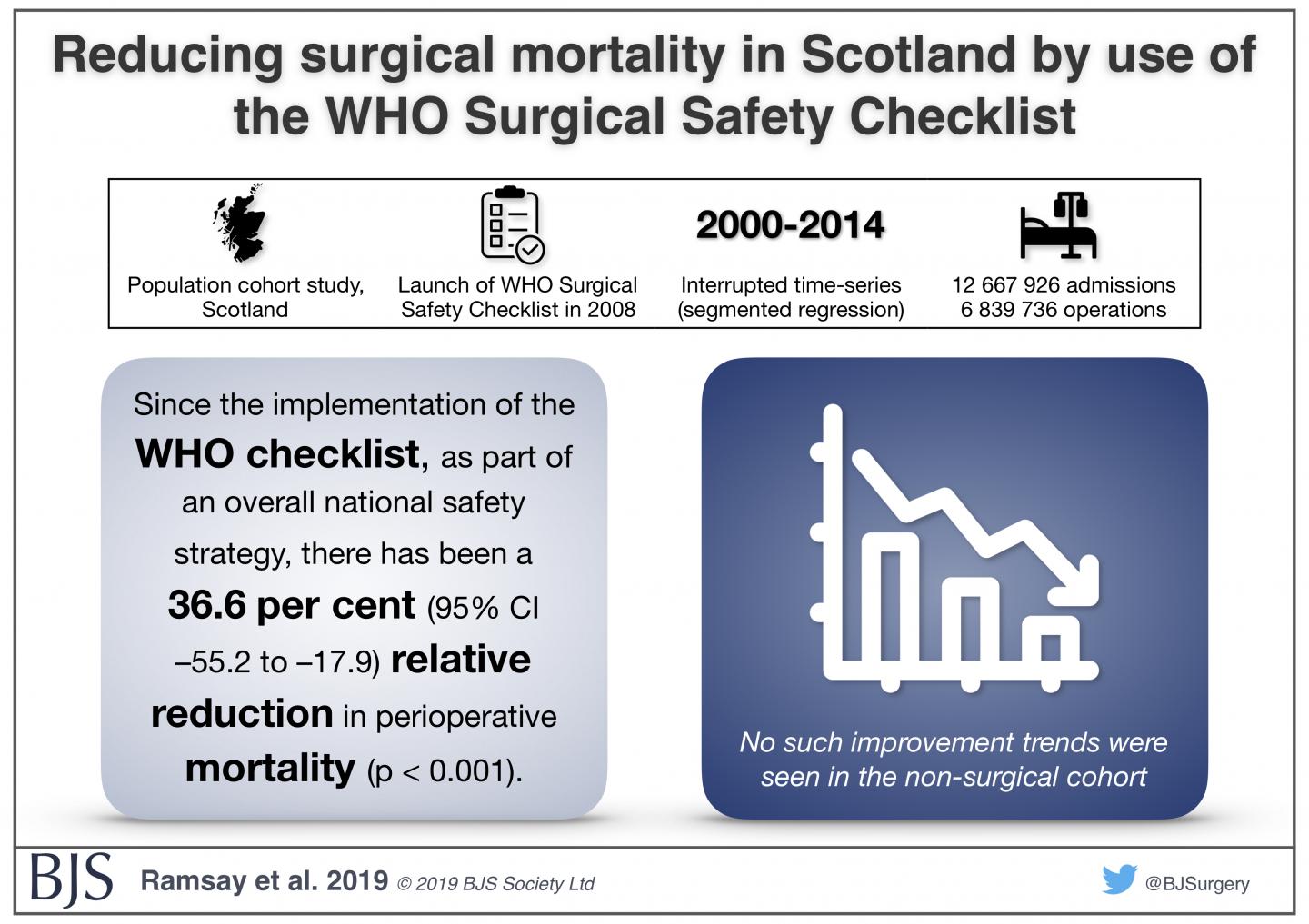 The World Health Organization (WHO) created the Surgical Safety Checklist over a decade ago, in an effort to reduce mortality after surgery. The BJS (British Journal of Surgery) has published a study that used a national database to look at the records of over 12 million patients. The authors were interested in the numbers of deaths before and after the launch of the checklist in Scotland. They found that there were a third fewer deaths in patients who had undergone operations after the checklist was launched. The fall in death rates was seen only in patients who had surgery, not in patients treated for medical conditions during the same interval.

Jason Leitch, Scotland’s National Clinical Director, said “This is a significant study that highlights the reduction in surgical mortality over the last decade. While there are a number of factors that have contributed to this, it is clear from the research that the introduction of the WHO’s Surgical Safety Checklist in 2008 has played a key role. This decline in mortality has been achieved through the hard work of hundreds of people involved in the project across the NHS in Scotland, delivered under the Scottish Patient Safety Programme alongside a number of other surgical safety measures.”

Dr Atul Gawande, a study co-author who led the introduction of the Surgical Safety Checklist a decade ago and served as an advisor for the Scottish implementation effort, noted, “Scotland’s health system is to be congratulated for a multi-year effort that has produced some of the largest population-wide reductions in surgical deaths ever documented.”

Lessons learnt from the drift analysis of MH370 debris

Improving cardiovascular health of the most vulnerable

Theory reveals the nature of crystals defects (of silicon carbide)