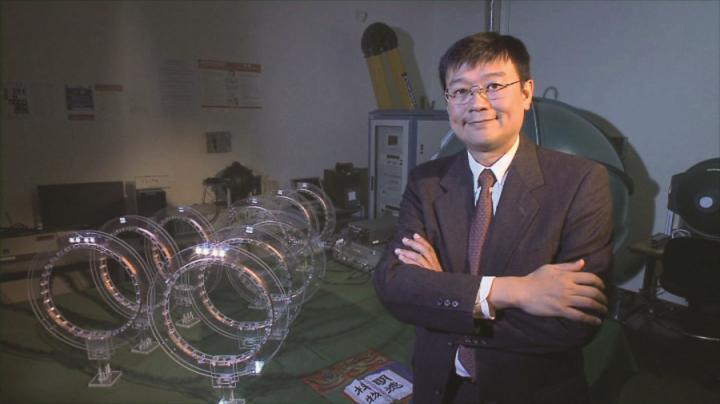 Professor Ron Hui Shu-Yuen of the Department of Electrical and Electronic Engineering, Faculty of Engineering, the University of Hong Kong (HKU), has been named a Fellow of the US National Academy of Inventors (NAI).

Election to NAI Fellow status is the highest professional distinction accorded to academic inventors who have demonstrated a prolific spirit of innovation in creating or facilitating outstanding inventions that have made a tangible impact on quality of life, economic development and the welfare of society.

The 2018 class of 148 Fellows represent 125 research universities and governmental and non-profit research institutes worldwide and are named inventors on nearly 4,000 issued U.S. patents. They include Nobel Laureates, recipients of the U.S. National Medal of Technology & Innovation and U.S. National Medal of Science, and presidents and senior leaders of research universities and non-profit research institutes.

Professor Ron Hui is the only Fellow named from a Hong Kong university. The Fellows will be inducted on April 11, 2019, as part of the Eighth Annual Meeting of the National Academy of Inventors at the Space Center in Houston, Texas, USA.

Professor Hui’s ground-breaking research focuses on Power Electronics, with emphasis on energy saving and reduction of electronic waste. He has achieved remarkable records in invention, innovation, technology transfer, and publication. His achievements involve both fundamental engineering science and applications, influencing both academic and industrial worlds. Besides publishing over 260 refereed research papers in top-tier journals, he has over 55 patents adopted by industry.

His inventions have underpinned the key features of the World’s first Wireless Power Standard “Qi”, launched by the international Wireless Power Consortium (WPC) in 2010. Noting the surge of mobile phone chargers and their e-waste problem in early 2000’s, he has pioneered a series of “Planar Wireless Charging technologies”. Such user-friendly technologies have been adopted into “Qi” by the WPC, now comprising over 640 companies worldwide. Professor Hui’s achievements in Planar Wireless Charging Technology have been independently recognised by the Institution of Engineering and Technology IET (UK) and the Institute of Electrical and Electronic Engineers (IEEE), USA. He received the IET Crompton Medal for achievements in Power in 2010 and the IEEE William E. Newell Power Electronics Award in 2015.

Professor Hui raised the electronic waste issues arising from electronic lighting products in early 2000. He has championed the concept of “Sustainable Lighting” that incorporates not only energy saving (as adopted in Energy Star), but also long product lifetime and recyclability of product components. He invented sustainable ballasts/drivers that outperform conventional ones with improved energy efficiency, lifetime and recyclability. He designed the world’s first passive LED driver that has designed lifetime exceeding 10 years, even longer than that of the LED devices. In 2009, he published the Photo-Electro-Thermal Theory for LED Systems, unifying the interactions of light, heat and power and received the IEEE TPEL Prize Paper Award in 2010. For such contributions, he received IEEE Rodulf Chope Research & Development Award (for Sustainable Lighting Technology) from the IEEE Industrial Electronics Society in 2010.

HKU President Professor Xiang Zhang congratulates Professor Hui for the distinguished award. He said: “Professor Hui is a visionary inventor and researcher. I and all of his colleagues here at HKU are delighted to see him receive yet another international accolade in recognition of his distinguished achievements. Professor Hui’s election to the National Academy of Inventors is further evidence of the University’s leading role in driving innovations and generating impactful research to benefit society at large.”

Professor Ron Hui is delighted to be elected, also noting that he is one of the few non-US based NAI Fellows. He said: “The honour is a recognition for inventions with impacts. I am thankful that many of my inventions have been adopted for applications in wireless charging of portable electronics and sustainable lighting. Our HKU power electronics team is developing more patent-pending technologies that could have global impacts. We hope these innovations can play a significant role in developing new electronic products sustainable and friendly to the environment.”

Academic inventors and innovators elected to the rank of NAI Fellow status have been nominated by their peers for outstanding contributions to innovation in areas such as patents and licensing, innovative discovery and technology, significant impact on society, and support and enhancement of innovation.

Since the induction of the programme in 2012, more than 1,000, Fellows representing over 250 prestigious research universities and governmental and non-profit research institutions have been named. Other Hong Kong academics bestowed the honour include HKU Medical Professor So Kwok Fai in 2015; and CUHK Vice-Chancellor Professor Rocky Tuan in 2017.

The Faculty of Engineering is one of the founding Faculties of The University of Hong Kong established in 1912. Since its foundation, the Faculty kept pace with developments in the engineering world and is always in the forefront of engineering research, and evolved into one of the largest Faculty in the University with five departments providing undergraduate, postgraduate and research degrees in a wide range of important fields of modern engineering, technology and computer science. The Faculty attracts the best students from the territory to study a wide range of engineering programmes. Since its foundation, the Faculty groomed more than 16,000 first-degree engineering graduates and over 10,000 postgraduate research and taught masters graduates as at 2017. Many of its graduates hold senior and prestigious positions in the engineering industry, commercial sector, education field and the government. For more information, visit https://engg.hku.hk.

The National Academy of Inventors®

The National Academy of Inventors is a member organization comprising U.S. and international universities, and governmental and non-profit research institutes, with over 4,000 individual inventor members and Fellows spanning more than 250 institutions worldwide. It was founded in 2010 at the University of South Florida to recognize and encourage inventors with patents issued from the U.S. Patent and Trademark Office, enhance the visibility of academic technology and innovation, encourage the disclosure of intellectual property, educate and mentor innovative students, and translate the inventions of its members to benefit society. The NAI publishes the multidisciplinary journal, Technology and Innovation. For more information, please visit http://www.academyofinventors.org.