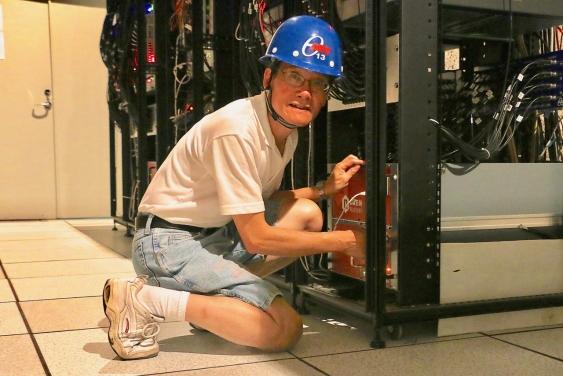 Professor Luk Kam Biu, a Hung Hing Ying Distinguished Visiting Professor in Science and Technology and an alumnus of the Department of Physics at the University of Hong Kong, has been chosen as a laureate of China’s 2019 Future Science Prize.

Professor Luk is currently a Professor of the University of California at Berkeley and a Senior Faculty Scientist of the Lawrence Berkeley National Laboratory.

The Future Science Prize is considered China’s “Nobel Prize”. It is the first Chinese non-governmental science award jointly initiated by groups of scientists and entrepreneurs aiming at supporting original and innovative research in foundational science, and awarding scientists with splendid contributions in the Greater China Region.

Professor Luk won the prize in physical sciences jointly with Professor Wang Yifang, director of the Institute for High-Energy Physics under the Chinese Academy of Sciences, for their leadership in the Daya Bay Reactor Neutrino experiment and contributions to the discovery of a new type of neutrino oscillation, which opens the door for new physics beyond the Standard Model of particle physics and holds the key for understanding the matter-antimatter asymmetry in the universe.

The Daya Bay project, launched in 2003 and co-led by CUHK, HKU and 40 universities and research institutions, is a collaboration involving more than 200 scientists from five regions and countries. The Daya Bay experiment in 2012 produced the first definitive measurement of a non-zero value for the θ13 angle of the neutrino mixing matrix. This precise measurement consolidates the understanding of the neutrino oscillation and paves the way for future understanding of matter-antimatter asymmetry in the universe.

Professor Luk said: “I feel really grateful for this prize. The remarkable achievements of the Daya Bay experiment are built upon the dedication and excellent teamwork of the entire collaboration. This honour truly belongs to all members. HKU has played a special role in this endeavor. It was through the first meeting held in the Physics Department at HKU that the Daya Bay project was launched. The generous support of the HKU administration during the early stage of the initiative undoubtedly seeded the success of the experiment. In addition, HKU has served as a hub for bridging the East and West in the collaboration by hosting meetings. Of course, the participation of faculty and students from HKU also made a difference.”

HKU Vice-President (Research) Professor Andy Hor congratulated Professor Luk for the prestigious award. He said: “His prize is testimony of the importance of fundamental science (neutrino physics). It also inspires our people to investigate other areas of nuclear and high-energy physics and their potential applications in medicine, energy and environment. It further fuels the belief that if we are committed in advancing deep new knowledge, we won’t be too far from having a HK borne-and-bred Nobel Prize winner in HKU! We are also deeply grateful of the generous support of Hung Hing Ying and Leung Hau Ling Charitable Foundation which enables Professor Luk to visit and work with our young staff and students.”

Professor Luk and collaborators’ work on neutrino oscillation received another international prestigious award in 2016 – the Breakthrough Prize in Fundamental Physics, in recognition of scientific advance. Using part of the Breakthrough prize, he has established the “Luk Kam-Biu Prize in Experimental Physics” in the HKU Department of Physics to encourage students to specialize in experimental physics which is underrepresented in Hong Kong.

A Japan first! Osaka U researcher to receive academic prize at…

A study in scarlet Japanese macaques