The northern and central Great Barrier Reef have recorded their highest amount of coral cover since the Australian Institute of Marine Science (AIMS) began monitoring 36 years ago. 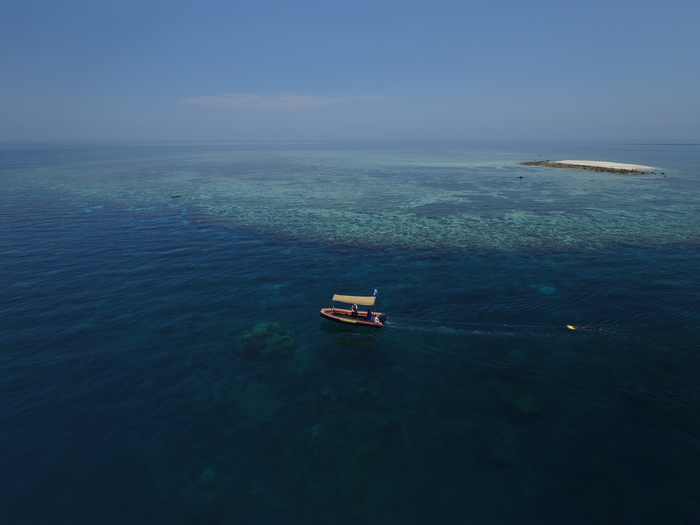 The northern and central Great Barrier Reef have recorded their highest amount of coral cover since the Australian Institute of Marine Science (AIMS) began monitoring 36 years ago.

Published today, AIMS’ Annual Summary Report on Coral Reef Condition for 2021/22 shows another year of increased coral cover across much of the Reef.

However, average coral cover in the southern region (from Proserpine to Gladstone) decreased from 38% in 2021 to 34%.

AIMS CEO Dr Paul Hardisty said the results in the north and central regions were a sign the Reef could still recover, but the loss of coral cover in the southern region showed how dynamic the Reef was.

“A third of the gain in coral cover we recorded in the south in 2020/21 was lost last year due to ongoing crown-of-thorns starfish outbreaks,” he said.

“This shows how vulnerable the Reef is to the continued acute and severe disturbances that are occurring more often and are longer-lasting.”

Dr Hardisty said the increased frequency of mass coral bleaching events was “uncharted territory” for the Reef, with this year’s bleaching event the fourth in seven years and the first to occur during a La Niña.

“In our 36 years of monitoring the condition of the Great Barrier Reef we have not seen bleaching events so close together,” he said.

“Every summer the Reef is at risk of temperature stress, bleaching and potentially mortality and our understanding of how the ecosystem responds to that is still developing.

“The 2020 and 2022 bleaching events, while extensive, didn’t reach the intensity of the 2016 and 2017 events and, as a result, we have seen less mortality. These latest results demonstrate the Reef can still recover in periods free of intense disturbances.”

AIMS monitoring program team leader Dr Mike Emslie said the 2022 results built on the increases in coral cover reported for 2021, with most of the increase continuing to be driven by fast-growing Acropora corals.

“These corals are particularly vulnerable to wave damage, like that generated by strong winds and tropical cyclones,” he said.

“They are also highly susceptible to coral bleaching, when water temperatures reach elevated levels, and are the preferred prey for crown-of-thorns starfish. This means that large increases in hard coral cover can quickly be negated by disturbances on reefs where Acropora corals predominate.”

“The peak of the most recent bleaching event in March occurred when the accumulated heat stress caused widespread bleaching but not extensive mortality,” he said.

“The increasing frequency of warming ocean temperatures and the extent of mass bleaching events highlights the critical threat climate change poses to all reefs, particularly while crown-of-thorns starfish outbreaks and tropical cyclones are also occurring. Future disturbance can reverse the observed recovery in a short amount of time.”

The 36-year-long dataset of AIMS’ Long-Term Monitoring Program (LTMP) is the largest, longest, and most comprehensive information source on the health of the Great Barrier Reef. It helps determine long-term trends in the condition of coral communities across the Reef.

Percent hard coral cover describes the proportion of the reef that is covered in living hard coral. In 2021-22, most reefs surveyed had between 10 and 50 percent.

Bleaching is a coral’s response to stressful conditions such as heat. During bleaching, the coral animal loses its symbiotic algae and pigments, causing it to turn white and potentially die.  Corals can survive a bleaching event, but they are under more stress.

The LTMP contributes to the Reef 2050 Integrated Monitoring and Reporting Program.

Learn more about the LTMP and access detailed data displays at the level of individual reefs or regions.