Precious metals are often efficient catalysts — but they are expensive and rare; however, it has so far been difficult to determine how efficient non-precious metal alternatives are 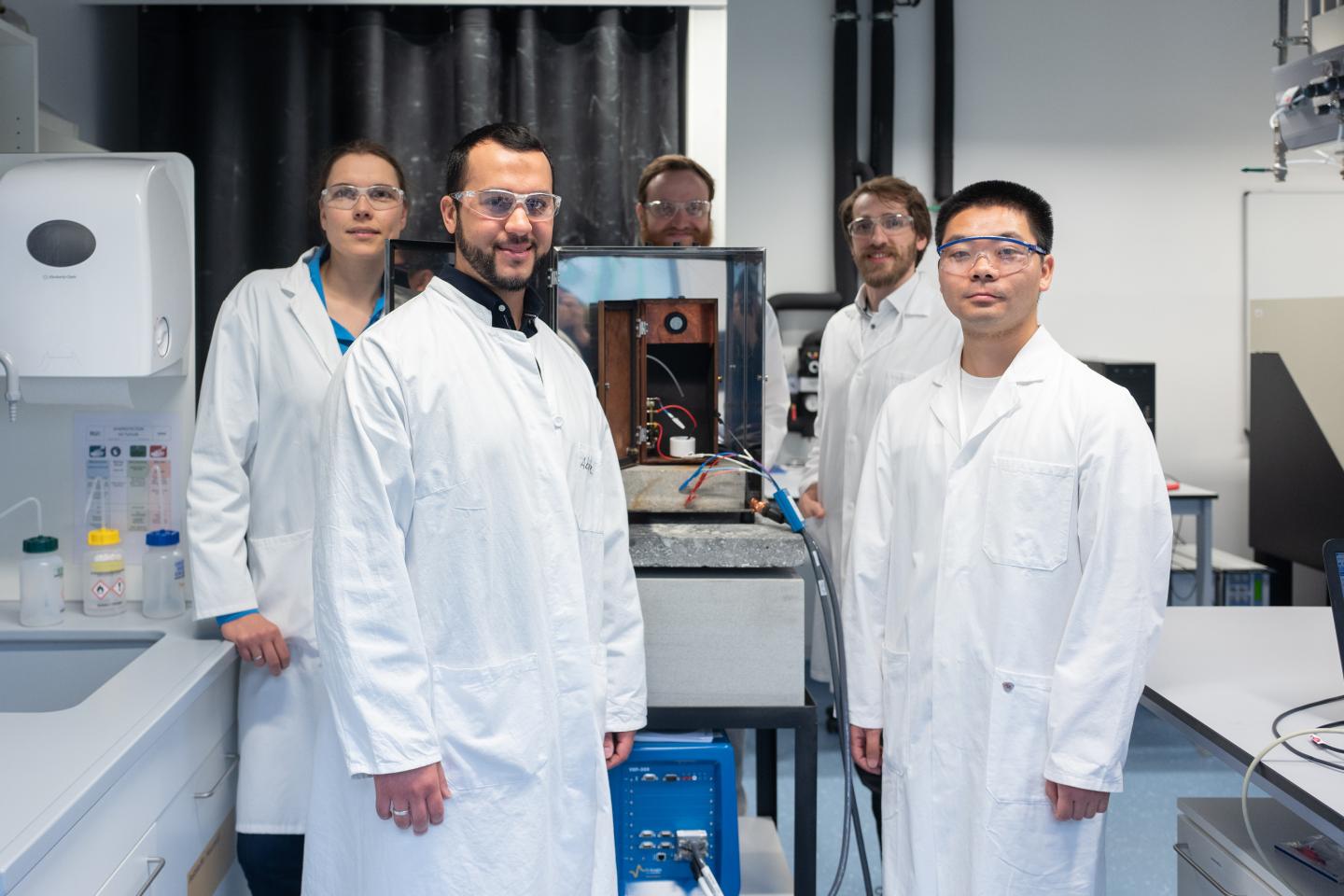 Non-precious metal nanoparticles could one day replace expensive catalysts for hydrogen production. However, it is often difficult to determine what reaction rates they can achieve, especially when it comes to oxide particles. This is because the particles must be attached to the electrode using a binder and conductive additives, which distort the results. With the aid of electrochemical analyses of individual particles, researchers have now succeeded in determining the activity and substance conversion of nanocatalysts made from cobalt iron oxide – without any binders. The team led by Professor Kristina Tschulik from Ruhr-Universität Bochum reports together with colleagues from the University of Duisburg-Essen and from Dresden in the Journal of the American Chemical Society, published online on 30 May 2019.

“The development of non-precious metal catalysts plays a decisive role in realising the energy transition as only they are cheap and available in sufficient quantities to produce the required amounts of renewable fuels,” says Kristina Tschulik, a member of the Cluster of Excellence Ruhr Explores Solvation (Resolv). Hydrogen, a promising energy source, can thus be acquired by splitting water into hydrogen and oxygen. The limiting factor here has so far been the partial reaction in which oxygen is produced.

How efficiently cobalt iron oxide particles are able to catalyse oxygen generation was investigated by the researchers in the current work. They analysed many individual particles one after the other. The chemists allowed a particle to catalyse oxygen generation on the surface of the electrode and measured the current flow from this, which provides information about the reaction rate. “We have measured current densities of several kiloamps per square metre,” says Tschulik. “This is above the reaction rates currently possible in industry.”

Following the catalysis experiments, the chemists observed the catalyst particles under the transmission electron microscope. “Despite the high reaction rates, i.e. although the particles had created so much oxygen, they hardly changed,” summarises Tschulik. “The stability under extreme conditions is exceptional.”

The analysis approach used in the current work can also be transferred to other electrocatalysts. “It is essential to find out more about the activities of nanocatalysts in order to be able to efficiently further develop non-precious metal catalysts for the renewable energy technologies of tomorrow,” says the Bochum-based chemist. In order to analyse the effect of the particle size on the catalytic activity, it is important to synthesise nanoparticles with defined size. As part of the University Alliance Ruhr, the Bochum team cooperates closely with researchers from the University of Duisburg-Essen led by Professor Stephan Schulz, who produce the catalyst particles.

Since 2007, the three Ruhr region universities have been engaged in close strategic cooperation under the umbrella of the UA Ruhr. By pooling their strengths, the partner institutions are systematically expanding their output. There are now over 100 cooperations in the fields of research, teaching and administration, all built on the principle of being “better together”. With over 120,000 students and almost 1,300 professors, the UA Ruhr is one of the largest and best-performing hubs for science and technology in Germany.