Hernandez-Garcia honored for kindling curiosity and passion for physics

NEWPORT NEWS, VA – Mexican-born physicist Carlos Hernandez-Garcia was about to deliver a presentation to the Mexican Community of Particle Accelerators last month when he was asked to pause for an announcement. That’s when he learned the group was giving him an inaugural award for outstanding contributions to the country’s particle accelerator community. And that the award was established and named in his honor: the Carlos Hernandez-Garcia Prize. 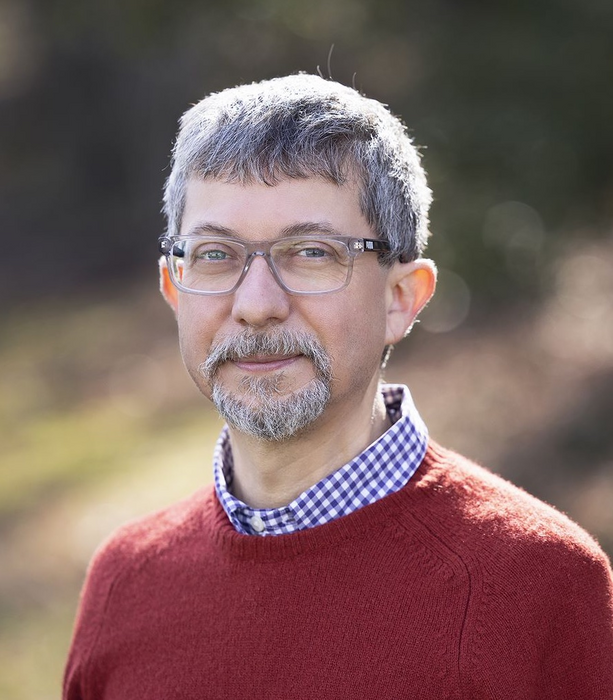 NEWPORT NEWS, VA – Mexican-born physicist Carlos Hernandez-Garcia was about to deliver a presentation to the Mexican Community of Particle Accelerators last month when he was asked to pause for an announcement. That’s when he learned the group was giving him an inaugural award for outstanding contributions to the country’s particle accelerator community. And that the award was established and named in his honor: the Carlos Hernandez-Garcia Prize.

The announcement came as a complete surprise to Hernandez-Garcia, a senior staff scientist at the U.S. Department of Energy’s Thomas Jefferson National Accelerator Facility.

“I really had no idea,” he said. “It’s a big honor that I have a prize named after me.”

It’s also somewhat poignant given that Mexico doesn’t yet have a particle accelerator for research. But Hernandez-Garcia was being recognized for his years-long attempt to help change that, largely through an effort he spearheads that has been bringing undergraduate students from universities in Mexico for a 10-week summer study program at Jefferson Lab.

Here, the students are mentored and given rare hands-on access to accelerator R&D test stands contributing to the world-class Continuous Electron Beam Accelerator Facility, or CEBAF, which physicists and graduate students from around the globe use to probe subatomic building blocks of matter.

“I wanted to give the students a unique experience that they couldn’t have in Mexico,” Hernandez-Garcia said. “They could work shoulder-to-shoulder with highly skilled technicians, engineers, electronics technicians, physicists, accelerator and theoretical physicists, so they could see the breadth of disciplines in accelerator physics. They could actually be with the machine, help us put together complicated vacuum systems, and be in the control room taking data. It’s a wonderful, complete experience for them.”

The summer program first took root when Hernandez-Garcia was asked to mentor a student visiting from Mexico, Cristhian Valerio, on a project that involved upgrading the electron guns that deliver the electron beams used in particle accelerators. That was in 2009. Today, Valerio is a tenured professor at the University of Sinaloa in Mexico and has said he credits that mentorship as decisive in his career trajectory. Valerio remains an active collaborator at Jefferson Lab.

Hernandez-Garcia was asked to mentor another student the next summer. More students followed, and by 2014, the program was officially named Accelerator Physics Outreach with Mexican Universities. It’s supported by the Jefferson Science Associates Initiatives Fund, which supports projects and programs that benefit the research mission of the lab. Jefferson Science Associates, LLC, manages and operates the Jefferson Lab for the DOE’s Office of Science.

Over the years, 16 students have participated in the outreach program. They’ve been folded into other college summer internship programs on campus, which enables them to attend lectures and organized events along with students from other countries.

Half a dozen have gone on to earn Ph.D.s in accelerator physics, and another four are pursuing doctorates in physics and related accelerator topics. Many have gone on to careers in the U.S. — including at Jefferson Lab — as well as Japan, Mexico and at CERN, which operates the world’s largest particle physics laboratory.

The student selection process in Mexico is rigorous, but the most important qualification for Hernandez-Garcia isn’t the ability to solve quantum equations.

“I think that the most important thing is that they are curious and passionate about learning,” he said. “And not afraid of being both when working with their peers and with scientists. Almost every student that comes is so afraid to touch even a wrench. They don’t want to break anything because, in Mexico, we don’t have a lot of equipment, and the equipment is reserved for the scientists.”

At Jefferson Lab, mentors make sure students get the hands-on training needed to engender confidence.

“We teach them how to handle very delicate equipment with supervision, put it together, and then we run it in the accelerator, and they get to take the data,” said Hernandez-Garcia.

“It’s really a source of joy and pride, seeing them continue in accelerator physics. And when they get back to Mexico, they feel so happy with the choice that they are spreading the word, and we continue to have a steady stream of students interested in this.”

‘The biggest machines on Earth’

Hernandez-Garcia’s own career trajectory wasn’t a straight shot. He was born in the town of Jiquilpan, where his father and grandfather were dentists and expected that he would become a dentist, too.

“I think my grandfather was an electrical engineer at heart, because he told me he used to build his own radios,” he said. “He built his own receivers and transmitters using vacuum tubes.”

When Hernandez-Garcia was around 10, his father bought a small telescope, which sparked an interest in astronomy and, soon after, physics.

“I was pointing my telescope at the planets,” he said. “And that got me curious about how the world works.”

He began reading magazine articles about physics and realized he’d need a strong background in mathematics if he wanted to learn more. He was excited when a teacher at his private Catholic elementary school asked students what they wanted to be when they grew up.

“I want to become a mechanical engineer,” he told her. “Because I want to design the biggest machines on Earth.”

That’s when he learned that the Catholic school director had other plans for him.

“She had already arranged for me to go to the seminary school to become a priest,” Hernandez-Garcia said. “It came out of the blue.”

His parents supported his decision to enroll in public school, instead.

“I think I’m not a very good mathematician — that’s why I did not become a theoretical physicist — but just enough so that we can use mathematics expressions to see the behavior of nature at all levels, from electricity, gravity and all the derivations, thermodynamics, mechanics,” he said.

“I’ve always liked big machines and anything that has to do with astronomy and with electricity and radio waves. And an accelerator, it can combine all of that.”

Hernandez-Garcia arrived at Jefferson Lab in 2001 after earning a Ph.D. in physics from Vanderbilt University. Since 2013, he’s been with the lab’s Center for Injectors and Sources.