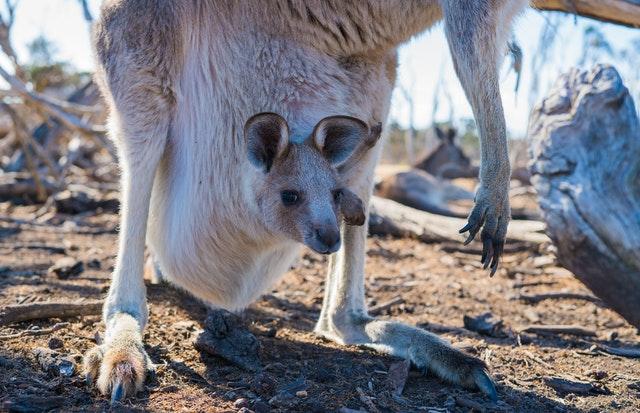 The health of wallabies and kangaroos is being affected by the herbicide, atrazine, which is used widely in Australia on cereal crops and in forestation to prevent weeds, according to new research.

Atrazine, which has been banned in the European Union since 2003, may be impacting reproduction in marsupials, the University of Melbourne study found, published today in Reproduction, Fertility and Development.

“Exposures to atrazine is causing major abnormalities in the male reproductive system in many animals, triggering male sterility or even male-to-female sex reversal in frogs,” Professor in Genetics Andrew Pask said.

“With the marsupial’s unique mode of reproduction and the young completing their development in the pouch, mothers are unknowingly passing the toxins on in their breast milk, exposing their young to environmental toxins.”

The study is the first time the impacts of pesticides have been investigated in any marsupial and show that they are able to affect reproductive development.

The research found that concentrations of atrazine have been recorded at disturbingly high levels in Victorian rivers and Tasmanian streams immediately after forestry spraying.

Kangaroos and wallabies are at high risk because they eat the sprayed crops and drink from contaminated water resources where chemicals such as atrazine accumulate from run off.

Atrazine affects a broad range of animals from mammals such as rats to amphibians, reptiles and even fish.

With marsupials already experiencing devastating population declines across Australia, and 21 per cent of native mammals currently threatened with extinction, researchers say the potential impacts of environmental toxins are of major concern.

Researchers exposed the adult female tammar wallabies to atrazine contaminated water throughout pregnancy, birth and lactation to help establish the extent of harm being caused by the chemical.

They then examined the reproductive development of their young by assessing their growth and development.

Lead author on the research and PhD student Laura Cook said it is hoped the study will lead to more stringent guidelines around the use of atrazine in Australia.

“Endocrine-disrupting chemicals, such as atrazine, have the ability to impact development and increase disease susceptibility,” she said.

“With increased habitat destruction, marsupials are being pushed onto farmland, attracted to the food resources and rare permanent water sources where they may be vulnerable to agricultural contaminants, such as pesticides.”