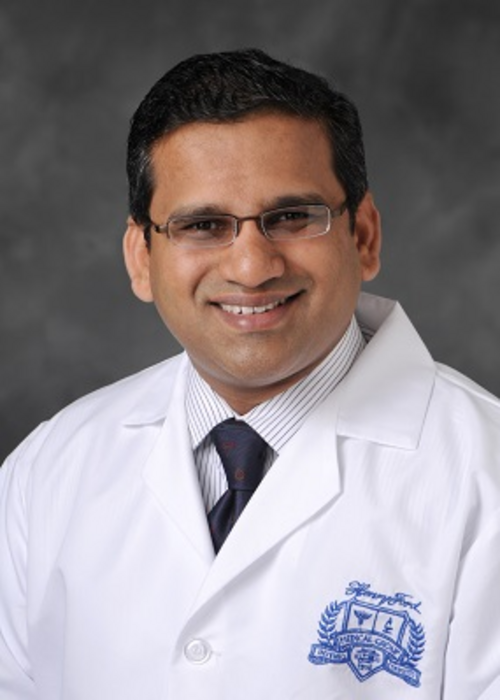 The single-center prospective validation study published in The Journal of Vascular Access reviewed the Vasc-Alert technology and concluded that it was a “reliable and efficient tool” for predicting which patients may need intervention for stenosis, or blockage, in their access.

“Maintaining functioning dialysis access is critical for delivering quality patient care while also keeping healthcare costs low,” said Dr. Kumbar, an interventional nephrologist at Henry Ford Hospital in Detroit. “Based on the success of Vasc-Alert in predicting access failures, as demonstrated in this validation study, this technology could play an important role in vascular access surveillance.”

With more than half a million Americans on dialysis, vascular access-related expenses and complications – including access failure due to stenosis – account for approximately 20% of hospitalizations, $2.8 billion in healthcare costs and substantial morbidity and mortality.

Developed by clinicians at Henry Ford Hospital in 2002, Vasc-Alert is a proprietary algorithm that uses data such as arterial and venous pressures and other parameters that are automatically measured by dialysis machines to derive the pressure inside the access. Increases in the access pressure indicate potential complications.

The algorithm produces a vascular access risk score of 1 to 10, with a higher score corresponding to an increased likelihood of stenosis that may require intervention to prevent complications.

For the study, researchers recruited 38 patients receiving dialysis through an arteriovenous access. Half of the patients had low risk scores calculated by the Vasc-Alert technology (a score of 1,2 or 3) and half had high risk scores (8,9 or 10). Both groups of patients were then evaluated for access stenosis by both physical and ultrasound examinations (clinical monitoring).

The results showed that patients identified as being at high risk were seven times more likely to experience stenosis than patients in the low-risk group, even after adjusting for other variables included in the model.

The researchers were also able to calculate how the risk rises with increases in the score. If a patient’s score climbs from 7 to 8, for example, the risk of stenosis rises by 34 percent.

“By identifying the high-risk patients ahead of time, we should be able to decrease thrombotic episodes by at least 30 to 40 percent,” said Dr. Kumbar. “Avoiding the need to replace a failed access can minimize use of catheters which are prone for infection and save thousands of dollars per patient.”

Dr. Kumbar said that current surveillance methods, such as clinical monitoring and measuring blood flow periodically, are analogous to still photographs taken infrequently, which makes it challenging to identify a problem in real-time. In contrast, Vasc-Alert is more like a motion picture, continually monitoring pressures and blood flows for every dialysis session and providing much more actionable information.

In addition, Vasc-Alert can identify at-risk accesses while reducing the burden on overworked dialysis personnel. By using data collected automatically during dialysis, it requires no additional staff effort or time. Furthermore, the risk stratification scoring system identifies high-risk patients, which helps clinicians prioritize resources for evaluation and referral for interventions.

After more than a decade of clinical use, the Vasc-Alert database encompasses data from approximately 20 million individual dialysis treatments. This has led to refinements in the algorithm, increasing its accuracy in predicting access failure.

Vasc-Alert LLC was formed in 2002 to commercialize the surveillance technology developed by Dr. Anatole Besarab at Henry Ford Hospital in Detroit.

ABOUT HENRY FORD HEALTH
Serving communities across Michigan and beyond, Henry Ford Health is committed to partnering with patients and members along their entire health journey. Henry Ford Health provides a full continuum of services – from primary and preventative care, to complex and specialty care, health insurance, a full suite of home health offerings, virtual care, pharmacy, eye care and other healthcare retail.

It is one of the nation’s leading academic medical centers, recognized for clinical excellence in cancer care, cardiology and cardiovascular surgery, neurology and neurosurgery, orthopedics and sports medicine, and multi-organ transplants. Consistently ranked among the top five NIH-funded institutions in Michigan, Henry Ford Health engages in more than 2,000 research projects annually. Equally committed to educating the next generation of health professionals, Henry Ford Health trains more than 4,000 medical students, residents and fellows every year across 50+ accredited programs.

No conflict of interest by researcher.