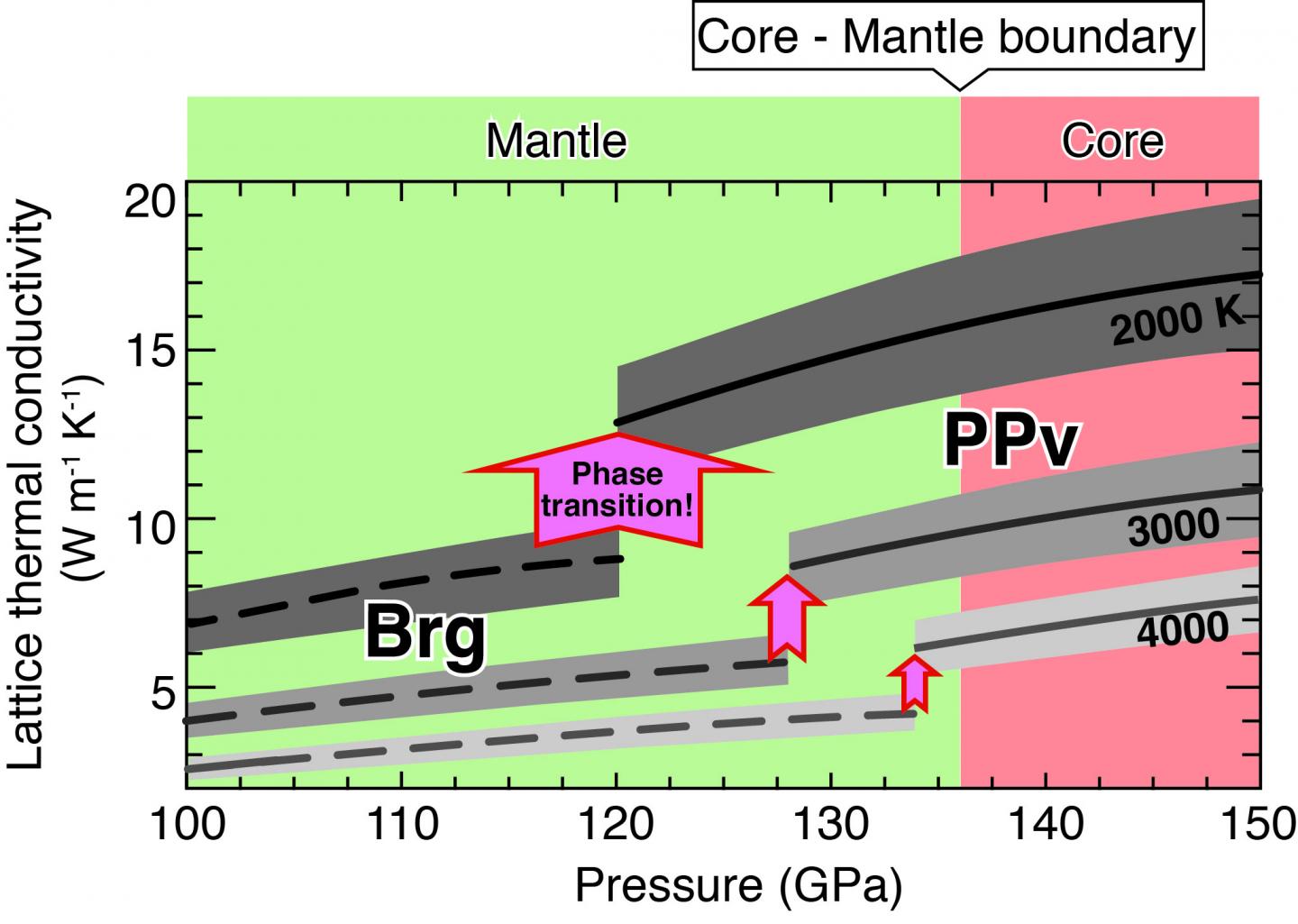 Heat transport in deep Earth controls its thermal evolution. Determination of the thermal conductivity of the lower mantle is one of the central issues for a better understanding of deep Earth phenomena, such as the style of mantle convection, the evolution of the magnetic field, and inner core growth. However, it is poorly understood because deep mantle pressure and temperature conditions are quite difficult to replicate for laboratory experiments. We determined the thermal conductivity of MgSiO3 postperovskite, the most abundant mineral at the bottom of the mantle and which is transformed from MgSiO3 bridgmanite, under the lowermost mantle conditions based on quantum mechanical computations without any empirical parameters. We found a jump in the thermal conductivity associated with the phase transition, indicating that the postperovskite phase boundary is the boundary not only of the mineralogy but also the thermal conductivity (Figure 1). The phase change produces larger lateral variation in heat flux across the core-mantle boundary (CMB). Also, we examined the effects of anisotropy on the thermal conductivity of the CMB heat flux and found that it to be minor with the crystal orientation of postperovskite. This may explain how seismic anisotropy, observed at the base of the mantle, is developed.

HKU archaeological team excavates at one of the major…