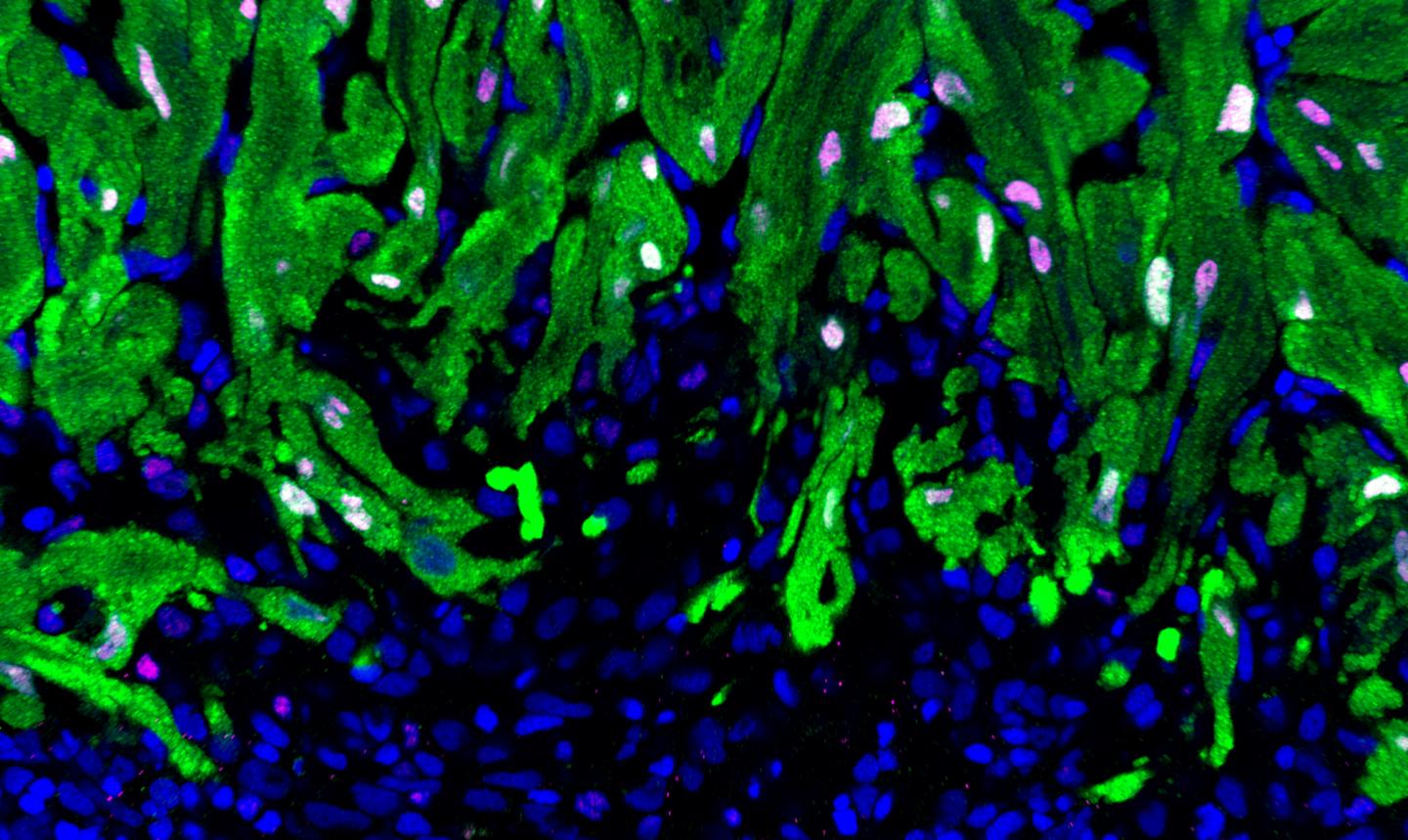 Researchers from the group of Jeroen Bakkers at the Hubrecht Institute (KNAW) have found that the muscle cells in the heart of zebrafish change their metabolism, the way in which they generate energy, during heart regeneration. Contrary to the human heart, the zebrafish heart can regenerate after injury. Studying the mechanisms of regeneration in zebrafish hearts may help to better understand why the human heart does not regenerate, and find ways to stimulate regeneration after a heart attack in humans in the future. The results from this study were published in the scientific journal eLife on the 4thof February.

Heart attacks are a common cause of death in the Western world. During a heart attack, coronary arteries get occluded, leading to a decrease of oxygen and nutrients to the heart muscle cells supplied by this artery. These low levels of essential nutrients lead to the death of heart muscle cells, which are cleared by the immune system and replaced by a permanent scar to heal the injury. The scar, although good for stabilization of the injured heart, is dysfunctional and will lead to a loss of cardiac function of patients. This results in a lower quality of life for affected patients and makes them more likely to die as a result heart failure.

Whereas mammals, such as humans, are unable to repair their heart with functional muscle cells after injury, several other animal species have the remarkable capacity to do this through a process called regeneration. One of these species is the zebrafish. As there are no stem cells present in the heart that could replenish the heart muscle cells, zebrafish use an alternative strategy to restore cardiac function. Surviving heart muscle cells in a region close to the injury site (the so-called border zone) are able to divide and repopulate the injured part of the heart with new muscle cells, replacing the initially formed scar within 3-6 months after injury. How zebrafish achieve this remains largely unknown but holds great potential to help human hearts regenerate after a heart attack.

To investigate how this finding could ultimately lead to benefits for patients the researchers looked at the mechanisms involved in this switch in metabolism. They found out that a signaling pathway in which the proteins Nrg1 and ErbB2 are involved can induce the metabolic switch during zebrafish heart regeneration. Increasing the activity of these proteins stimulates the heart muscle cells to divide in both zebrafish and mice, even without an injury in the heart. The researchers noticed that the increased cell division induced by Nrg1 and ErbB2 in mice was accompanied by the same metabolic switch they found in the zebrafish during heart regeneration. “We then blocked this metabolic switched in the dividing mouse heart muscle cells that were induced by Nrg1 and ErbB2,” says Honkoop. “When we saw that this also blocks division in these uninjured mouse heart muscle cells, we realized that the knowledge we were obtaining from the zebrafish is universal to other species.” Thereby, the researchers show that the zebrafish is a valuable tool to better understand heart regeneration and that a change in metabolism plays an important role in this process. More research is needed to show whether inducing this metabolic switch to glycolysis can help to restore cardiac function in people that have suffered from a heart attack.

This publication is the result of a collaboration between the groups of Jeroen Bakkers and Alexander van Oudenaarden at the Hubrecht Institute, the lab of Eldad Tzahor at the Weizmann Institute of Science and the lab of Kenneth Poss at Duke University School of Medicine.