Health insurance is not assurance of healthcare 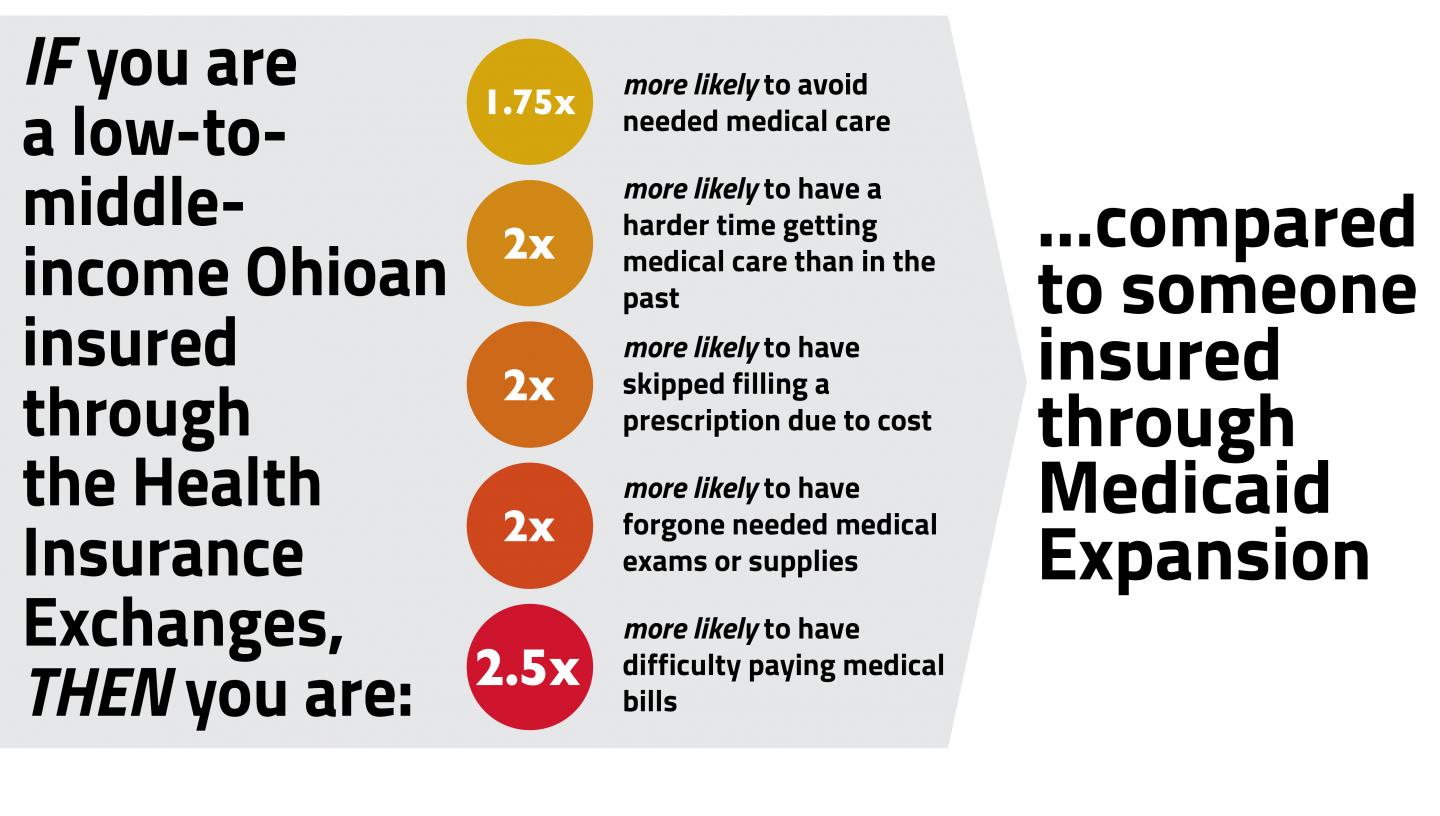 Because of high out-of-pocket expenses, Ohioans who purchase subsidized health-exchange insurance often can’t afford the care they need when they need it. That is a central finding of a new study from researchers at Case Western Reserve University School of Medicine.

Examining a total of nearly 43,000 Ohio adults, the researchers found that low- to middle- income individuals who received subsidies to purchase insurance through health-insurance exchanges established under the Affordable Care Act were significantly more likely to experience problems with access and affordability, such as skipping doctor’s visits and not filling prescriptions, than those insured through Medicaid expansion generated by passage of the ACA.

“High out-of-pocket costs associated with exchange health plans often mean that those who don’t qualify for Medicaid face significant barriers to accessing affordable care,” said the study’s senior author, Siran Koroukian, PhD, associate professor in the Department of Population and Quantitative Health Sciences. “As a result, they delay or omit needed care; and the likely scenario is that they become sicker before they eventually qualify for Medicaid. This creates a paradox: they formally have insurance, but because they can’t afford the high deductibles and co-pays, they may be worse off medically than those without insurance or who receive Medicaid, which has nominal co-expenses.”

In the study, newly published in the Journal of General Internal Medicine, the researchers compared measures of access and affordability between Medicaid recipients in Ohio (an expansion state) and low/middle-income Ohioans whose incomes were high enough to disqualify them for Medicaid but low enough to qualify them for health insurance exchange subsidies. They found that, compared to Medicaid recipients, exchange patients were:

“We know that ACA has insured more people, which was its intent, but there is work to be done in making that insurance more effective in getting care for low- and middle-income people,” said the study’s lead author, Uriel Kim, an MD/PhD student in the School of Medicine. “Typically we think of Medicaid recipients as more vulnerable than those with private insurance. But in reality, Medicaid expansion has gone well because it is meeting its goal of increasing access to affordable care for its users. At the same time, relatively high out-of-pocket expenses mean that some recipients who use exchanges are choosing to go without care, which in the long run makes them sicker – even having to turn to Medicaid to get the care they need.”

“There are two notions of affordability when it comes to purchasing health care: the cost of insurance and the out-of-pocket costs someone pays when they seek care,” said the study’s third author, Johnie Rose, MD, PhD, assistant professor of family medicine. “Policymakers should carefully evaluate whether current income-based, cost-sharing reductions for silver plans adequately remove barriers to receiving care and whether enrollees sufficiently understand cost-sharing differences across the exchange plans.”

One implication of the study’s findings is that increasing Affordable Care Act cost-sharing subsides or raising the income threshold for Medicaid eligibility would expand accessibility. “Either way, this would ultimately save taxpayers money by keeping people healthier and not forcing them into financial toxicity,” said Koroukian. “This is especially true in expensive cases such as cancer. Higher out-of-pocket expenses can result in delays in getting cancer tests, resulting in later-stage diagnoses, sicker patients, greater expenditures, and often poorer patient outcomes.”

‘Upcycling’ plastic bottles could give them a more useful second life

A water-splitting catalyst unlike any other

The whisper room: Moderates on Twitter are losing their voice

DNA from 31,000-year-old milk teeth leads to discovery of new group of…