If a 3D printer repaired a space mining machine and no human was there to press the button — well, could that even really happen? 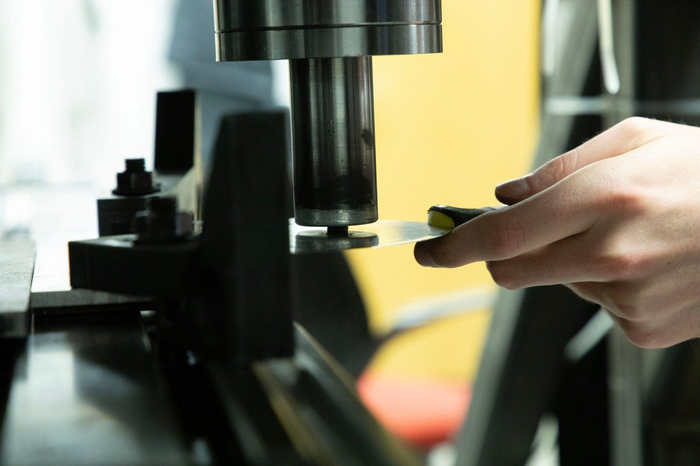 If a 3D printer repaired a space mining machine and no human was there to press the button — well, could that even really happen?

The Defense Advanced Research Projects Agency (DARPA) is investing up to $1 million over the next three years into research in Virginia Tech’s Department of Materials Science and Engineering that could make it possible.

The project will be led by Associate Professor Hang Yu, who will receive the funding beginning this year through DARPA’s prestigious Young Faculty Award program. The award guarantees $500,000 for two years, beginning this fall. If all benchmarks are met, the project could qualify for a third year and another $500,000.

The Young Faculty Award works to identify rising stars in research and introduce them to U.S. Department of Defense needs and DARPA’s funding process, according to the agency. The program provides funding, mentoring, and contacts to awardees to encourage them to work on national security and defense projects.

DARPA was created in the 1950s by President Dwight D. Eisenhower after the Russian launch of the Sputnik satellite caused concern that the U.S. might fall behind in national defense and security. The agency has been instrumental in developing society-changing technologies, such as the internet, stealth technology, GPS navigation, drones, and mRNA vaccines, according to The New York Times.

“They emphasize high-reward, high-risk projects,” Yu said. “And they want to get things done quickly.”

Yu’s lab focuses on a metal manufacturing process called Additive Friction Stir Deposition (AFSD), which has drawn great attention recently from the aerospace and defense sectors. The low-temperature 3D-printing process can assemble components using metals, such as high-strength aluminum and titanium, without melting them. By building up layers of the materials, AFSD can manufacture components in a range of sizes and shapes that have better strength and fewer defects than components printed using other processes. AFSD also can be used to repair metal components.

Yu and his research team already work with the Department of Defense, including a Naval Air Systems Command project that examines ways to use low-temperature 3D metal printing to repair specialty aluminum components used in airplanes.

The DARPA project will focus on autonomous manufacture and repair for austere environments like space, creating new challenges for Yu’s lab. His team will work on it with a corporate partner, MetroLaser Inc., a California-based company that develops laser-powered optical diagnostics systems.

Kendall Knight, a doctoral student in Yu’s lab, will help direct the interdisciplinary research group working on the project. The group includes student members from materials science and electrical engineering and will use data analytics and artificial intelligence components.

“The way DARPA is looking at it is: ‘How can we print metal on the moon or Mars or in the deep ocean, and have confidence it will be strong enough?’” Knight said.

Knight, who has a background in mechanical engineering, is part of a three-student interdisciplinary team working on the project. He will lead the student efforts and has more than three years of experience with AFSD in Yu’s lab. The team will focus on monitoring defects in the prints and determining what effects those have on the final product.

“The idea behind the project is that if you are printing metal outside of a nice factory, you are likely to get debris into your print — sand, dust, water, etc.,” Knight said. “Our first steps are doing some preliminary prints to understand how the defect spreads when we put it into the print.”

The scope of the work is significant. Team members also must figure out how they can remotely detect that debris and its effects on their prints. Furthermore, they want to predict the strength of their prints based on debris present in various remote environments.

“Everyone, so far, just talks about the physical science of it,” Yu said. “But this puts data science together with AFSD. This is actually an AI-related project.”

Data analytics and AI — artificial intelligence — will help the team relate the detection data signal, which is measured using MetroLaser’s laser acoustic resonance spectroscopy capabilities, to the strength of the printed materials.

There also are pressures to this work.

“Since the tests are relatively expensive, we need to draw trends to relate the debris level to the strength of the material in only a few tries,” Knight said.

For Yu, it’s a wide expansion of the foundational work he has done in AFSD. He recently published the first comprehensive textbook on AFSD with Elsevier and is considered a research pioneer of solid-state metal additive manufacturing.

The impacts of this project could be significant, affecting industry and national security in remote areas of Earth and in space.

“I’m very glad to receive the award because it’s a recognition based on the work I started here in my lab at Virginia Tech,” Yu said. “But I definitely know that there’s a lot of work to do.”