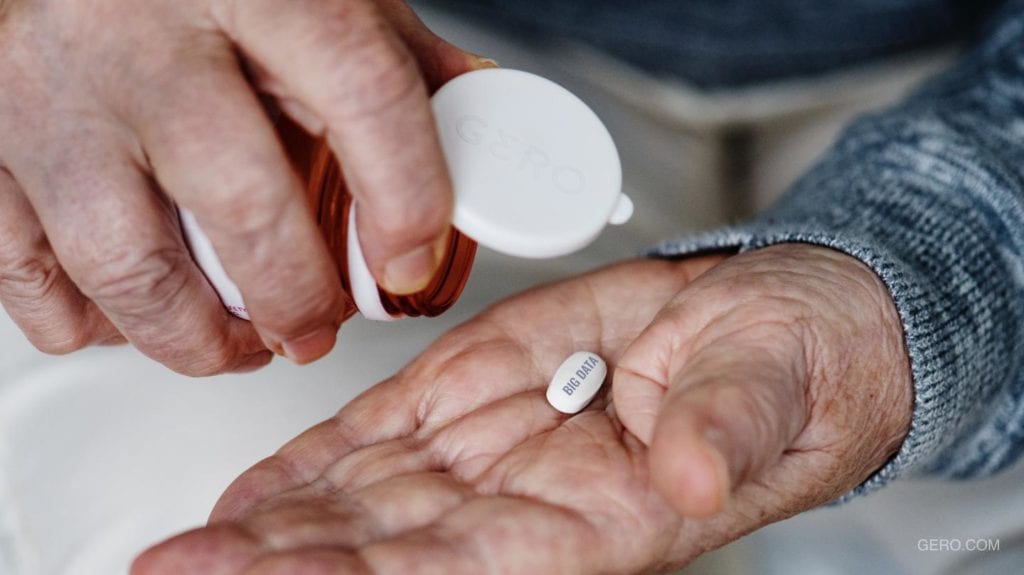 Aging is the most important single factor behind chronic diseases and death. As «silver tsunami» approaches, healthcare and social protection systems face the looming crisis. By 2050, the global population of older persons is projected to more than double its size in 2015. New article published in Frontiers in Genetics by MIPT scientist Peter Fedichev describes a strategy for systematic development of novel anti-aging therapeutics and biomarkers of aging using the data from medical studies and large biobanks.

The mortality rate in humans increases exponentially with age and doubles approximately every eight years. The incidence of specific diseases, such as cancer or stroke, also accelerates after the age of 40 at about the same rate. Physical decline is usually seen as a natural consequence of aging, however, there is no biological law that makes it inevitable. In some species, death risks increase very slowly, stay constant for extended periods, or even decline with age. Some mammals, such as naked mole rats or the growing number of bat species, apparently lack mortality acceleration. This means that the mortality rate should be, in principle, a subject to manipulation.

The paper explains how the concept of criticality borrowed from physics of dynamic systems and widely used to model complex phenomena such as financial markets behaviour or weather conditions could be applied to aging studies and result in generation of models predicting biological age, aging rate and even potential targets for future anti-aging therapies. Successful applications of this approach by Dr. Fedichev’s research team include the biomarker of aging and frailty based on data from wearables and smartphones, and identification of experimental drugs extending lifespan in model organisms based on the transcriptomic signatures of longevity.

«The much anticipated 11th Revision of the International Classification of Diseases (ICD-11) introduced a number of aging-related conditions such as age-associated cognitive decline. This should facilitate new clinical trials and market authorization of therapies aimed at functional declines associated with aging. Among the most promising targets for the first anti-aging therapies are blood circulating molecules, since its vital role in aging is supported by experiments with young plasma transfusion», explains Peter Fedichev, the author of the article and founder of Gero LLC, a longevity biotech company working on healthspan extension.

Gero is a data-driven longevity company aiming to be first to introduce life-extending therapies to market. Having a pipeline of longevity therapeutics in development, Gero is also providing health and mortality risk assessment models for life & health insurance, healthcare and wellness industries.

How ancient viruses got cannabis high