Guacamole lovers, rejoice! The avocado genome has been sequenced 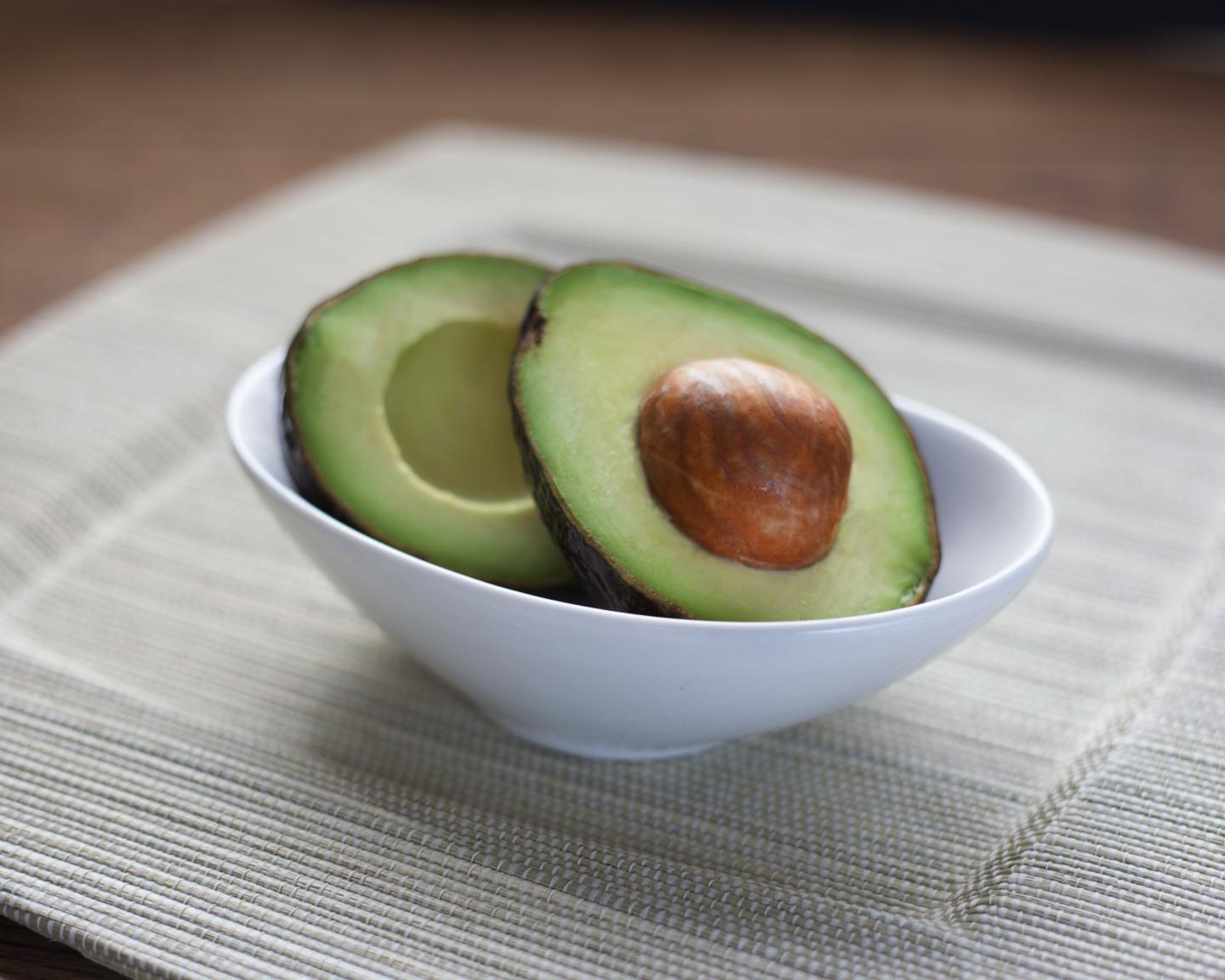 BUFFALO, N.Y. — We now know the DNA of guacamole.

Scientists have sequenced the avocado genome, shedding light on the ancient origins of this buttery fruit and laying the groundwork for future improvements to farming.

With regard to modern affairs, the study reveals for the first time that the popular Hass avocado inherited about 61 percent of its DNA from Mexican varieties and about 39 percent from Guatemalan ones. (Avocados come in many types, but Hass — first planted in the 1920s — comprises the bulk of avocados grown around the world.)

The research also provides vital reference material for learning about the function of individual avocado genes, and for using genetic engineering to boost productivity of avocado trees, improve disease resistance and create fruit with new tastes and textures.

The study is important for agriculture. The growing global market for avocados was worth about $13 billion in 2017, with Mexico, the largest producer, exporting some $2.5 billion worth of the fruit that year, according to Statista, a provider of market and consumer data. Around the world, avocados are spread on tortillas, mashed up to flavor toast, rolled into sushi and blended into milkshakes (a popular treat in parts of Southeast Asia).

Scientists sequenced not only the Hass avocado, but also avocados from Mexico, Guatemala and the West Indies, which are each home to genetically distinct, native cultivars of the fruit.

The project was led by the National Laboratory of Genomics for Biodiversity (LANGEBIO) in Mexico, Texas Tech University, and the University at Buffalo. The research was published on Aug. 6 in the Proceedings of the National Academy of Sciences.

“Avocado is a crop of enormous importance globally, but particularly to Mexico. Although most people will have only tasted Hass or a couple of other types, there are a huge number of great avocado varieties in the species’ Mexican center of diversity, but few people will have tried them unless they travel south of the U.S. border. These varieties are genetic resources for avocado’s future. We needed to sequence the avocado genome to make the species accessible to modern genomic-assisted breeding efforts,” says Luis Herrera-Estrella, PhD, President’s Distinguished Professor of Plant Genomics at Texas Tech University, who conceived of the study and completed much of the work at LANGEBIO, where he is Emeritus Professor, prior to joining Texas Tech University.

“Our study sets the stage for understanding disease resistance for all avocados,” says Victor Albert, PhD, Empire Innovation Professor of Biological Sciences in the UB College of Arts and Sciences and a Visiting Professor at Nanyang Technological University, Singapore (NTU Singapore). Albert was another leader of the study with Herrera-Estrella. “If you have an interesting tree that looks like it’s good at resisting fungus, you can go in and look for genes that are particularly active in this avocado. If you can identify the genes that control resistance, and if you know where they are in the genome, you can try to change their regulation. There’s major interest in developing disease-resistant rootstock on which elite cultivars are grafted.”

The family history of an eccentric, big-pitted fruit

While the avocado rose to international popularity only in the 20th century, it has a storied history as a source of sustenance in Central America and South America, where it has long been a feature of local cuisines. Hundreds of years ago, for example, Aztecs mashed up avocados to make a sauce called āhuacamolli.

Before that, in prehistoric times, avocados, with their megapits, may have been eaten by megafauna like giant sloths. (It’s thought that these animals could have helped to disperse avocados by pooping out the seeds in distant locations, Albert says.)

The new study peers even further back into time. It uses genomics to investigate the family history of the avocado, known to scientists as Persea americana. “We study the genomic past of avocado to design the future of this strategic crop for Mexico,” Herrera-Estrella said. “The long life cycle of avocado makes breeding programs difficult, so genomic tools will make it possible to create faster and more effective breeding programs for the improvement of this increasingly popular fruit.”

“One of the things that we did in the paper was try to solve the issue of what is the relationship of avocados to other major flowering plants? And this turned out to be a tough question,” Albert says. “Because magnoliids diverged from other major flowering plant groups so rapidly and so early on, at a time when other major groups were also diverging, the whole thing is totally damn mysterious. We made contributions toward finding an answer by comparing the avocado genome to the genomes of other plant species, but we did not arrive at a firm conclusion.”

Magnoliids were estimated by a 2016 research paper to encompass about 11,000 known living species on Earth, including avocados, magnolias and cinnamon. In comparison, some 285,000 known species were counted as eudicots and monocots.

The avocado as a chemist, and the heritage of the hybrid Hass

Scientists don’t know how old the avocado is, and the new study doesn’t address this question. But the research does explore how the avocado has changed — genetically — since it became its own species, branching off from other magnoliids.

The paper shows that the avocado experienced two ancient “polyploidy” events, in which the organism’s entire genome got copied. Many of the duplicated genes were eventually deleted. But some went on to develop new and useful functions, and these genes are still found in the avocado today. Among them, genes involved in regulating DNA transcription, a process critical to regulating other genes, are overrepresented.

The research also finds that avocados have leveraged a second class of copied genes — tandem duplicates — for purposes that may include manufacturing chemicals to ward off fungal attacks. (Tandem duplicates are the product of isolated events in which an individual gene gets replicated by mistake during reproduction.)

Having addressed some ancient mysteries of the avocado, the new study also moves forward in time to explore a modern chapter in the story of this beloved fruit: how humans have altered the species’ DNA.

Because commercial growers typically cultivate avocados by grafting branches of existing trees onto new rootstocks, today’s Hass avocados are genetically the same as the first Hass avocado planted in the 1920s. These modern-day Hass avocados are grown on Hass branches grafted onto various rootstock that are well adapted for particular geographic regions.

While the Hass avocado was long thought to be a hybrid, the details of its provenance — 61 percent Mexican, 39 percent Guatemalan — were not previously known. The scientists’ new map of the Hass avocado genome reveals huge chunks of contiguous DNA from each parental type, reflecting the cultivar’s recent origin.

“Immediately after hybridization, you get these giant blocks of DNA from the parent plants,” Herrera-Estrella says. “These blocks break up over many generations as you have more reproductive events that scramble the chromosomes. But we don’t see this scrambling in the Hass avocado. On chromosome 4, one whole arm appears to be Guatemalan, while the other is Mexican. We see big chunks of DNA in the Hass avocado that reflect its heritage.”

“We hope that the Mexican Government keeps supporting these types of ambitious projects that use state-of-the-art technology to provide a deep understanding of the genetics and genomics of native Mexican plants,” Herrera-Estrella said.

The research was funded by SAGARPA/CONACYT, the Governors University Research Initiative of the State of Texas, the U.S. National Science Foundation, Horticulture Innovation Australia Ltd. and the Australian Bureau of Agricultural and Resource Economics and Sciences.