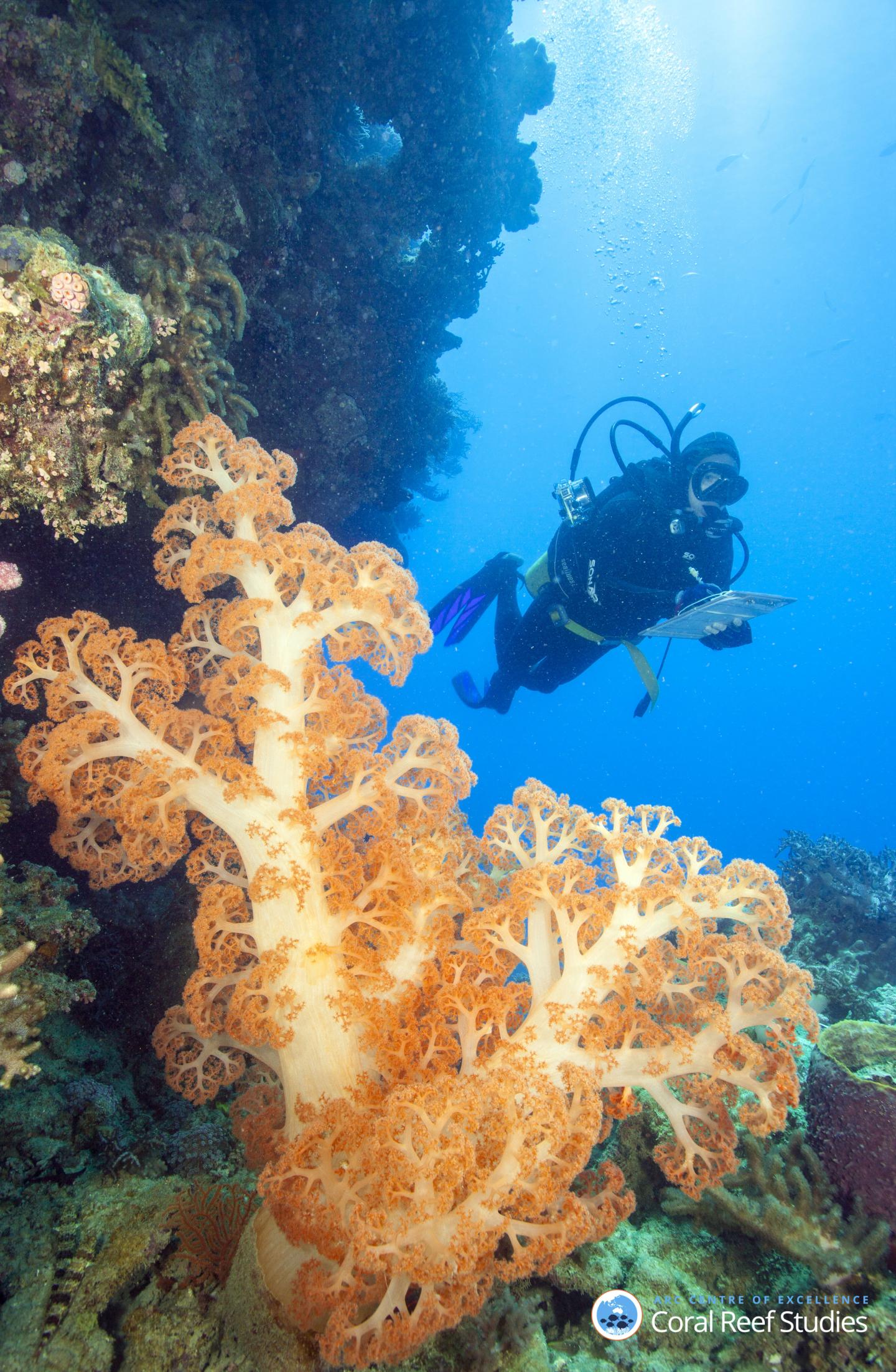 A long-term study of coral cover on island groups of the Great Barrier Reef has found declines of between 40 and 50 percent of live, hard corals at inshore island groups during the past few decades.

Scientists from the ARC Centre of Excellence for Coral Reef Studies at James Cook University (Coral CoE at JCU) say the data was so alarming that they checked and re-checked it.

The study’s lead author Dr Daniela Ceccarelli and a team of researchers surveyed coral cover on fringing reefs of the Palm, Magnetic, Whitsunday and Keppel Island groups along the central and southern Great Barrier Reef, and compared it to historical records.

“Normal cycles of disturbance and recovery are natural, and the reef historically has had good recovery potential,” Dr Ceccarelli said.

“But human impacts are increasing the frequency of disturbances such as coral bleaching, leaving little time between events to allow a full recovery,” she said.

“We were shocked when we calculated the changes.”

JCU researchers have monitored the condition and trends of inshore reefs in the Great Barrier Reef Marine Park (GBRMP) since the late 1990s.

“There was a clear threshold of heat stress above which coral cover consistently declined. We were surprised to find that corals on these inshore reefs appear to have a lower heat stress threshold than previously reported,” she said.

“The corals on the exposed, outer sides of the island had an advantage,” he said. “This is because they were well-flushed by currents.”

Despite the dramatic decline in corals, the authors stress that it’s not too late to act. Some of the reefs remains vibrant and productive–there is still potential for ecosystem recovery and adaptation.

“Our findings demonstrate the value of long-term datasets in helping us understand what’s important on these reefs,” Dr Williamson said.

“This information can test management actions that aim to maintain natural biodiversity and ecological processes.”

“If we can tackle water quality locally and climate change globally, then there is hope,” Dr Ceccarelli said.

Scienmag Apr 1, 2019
New blood test has clinical utility for patients with a broad range of constitutional disorders, as well as ID and…