Grassroots dog vaccinations can help stop rabies, but not alone

Rabies is preventable. Inequality has kept it a threat. 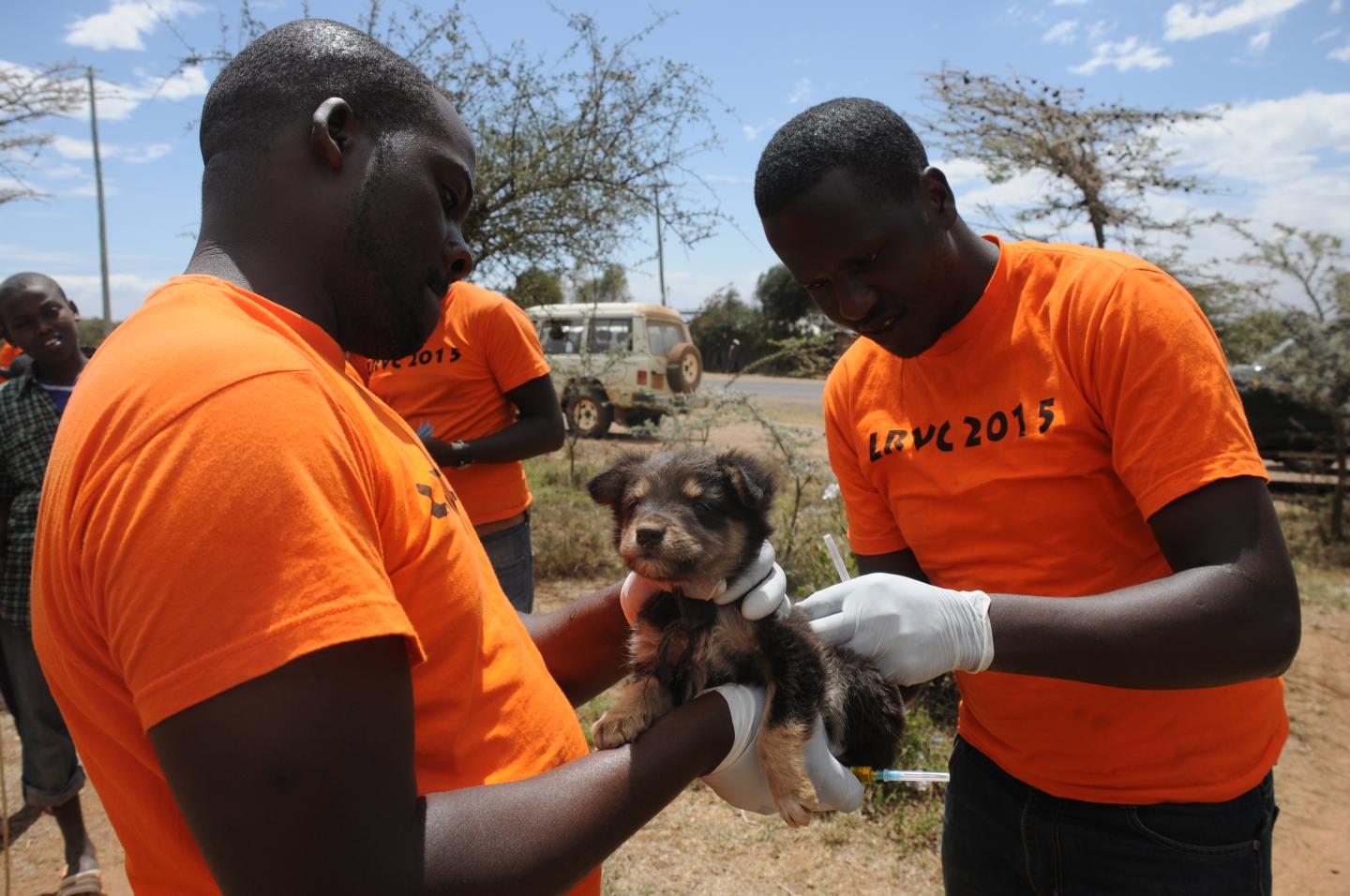 In the US, dying from rabies is virtually unheard of. But around the world, rabies kills 59,000 people every year. Ninety-nine percent of those deaths are caused by dog bites; half of the people killed are children. There’s a relatively simple way of preventing these deaths–vaccinating dogs against the disease–but systemic challenges make that easier said than done. In a new study in PLOS Neglected Tropical Diseases, an international team of researchers reported on a multi-year effort to vaccinate dogs in Kenya and highlighted some of the challenges scientists and public health officials face in eradicating the disease. They found that grassroots efforts helped lots of individuals–but that to stop the disease once and for all, these smaller campaigns must be coupled with large-scale efforts.

“It’s important to focus on rabies because it’s 100% preventable,” says Adam Ferguson, a mammalogist at Chicago’s Field Museum and one of the study’s lead authors. “There’s no reason why people should be dying from rabies. It’s not like COVID in the sense that we don’t have a vaccine for it or we don’t know what to do with it.”

Rabies is a virus, and it spreads through saliva in animal bites. It causes brain inflammation, and once a person begins showing symptoms, it’s nearly always fatal. Any mammal can carry rabies, but humans are most likely to pick it up from dogs, because we spend more time in close contact with them than with wild animals like raccoons and bats. And while a rabies vaccine was first discovered in 1885, large parts of the world remain vulnerable to the disease to this day. “It disproportionately impacts low-income, rural communities,” says Ferguson, who began the project as a National Science Foundation postdoctoral fellow at Kenya’s Karatina University. “In the US, we have the luxury that if one person dies of rabies a year, it makes the front page news. In Kenya, an estimated 2,000 people die of the disease every year.”

For the new study, Ferguson and his colleagues conducted grassroots dog vaccination campaigns in 2015, 2016, and 2017 in Kenya’s Laikipia County. The Laikipia Rabies Vaccination Campaign expanded over the course of the three-year period, and 13,155 dogs were vaccinated. Across different communities, the team set up a central station for people to bring their dogs to get vaccines. “The excitement and commitments by the communities to bring their dogs in the centers was overwhelming. This for sure made the effort feel worth investing into. You could tell that rabies eradication was tending to be more communal than an individual effort,” says Dedan Ngatia, a scientist at the University of Wyoming and one of the study’s lead authors.

For rural areas, team members used a combination of central stations and door-to-door vaccinations, asking people if they had dogs and offering free rabies vaccines. “We found that in the pastoral communities, you definitely need more door-to-door outreach than you do in the other communities,” says Ferguson, partly because of how sparsely populated those areas are, and partly because many of the dogs there are working animals used to herd goats and sheep and wouldn’t be used to walking on a leash to go to one of the central vaccination stations.

As the project grew, more and more people were interested in getting their dogs vaccinated. But the project’s popularity presented the researchers with a tough decision. They could focus on smaller areas where they could try to get 70% of the dogs vaccinated, the amount needed for risk of dogs spreading the disease to humans to be effectively eliminated. Alternatively, they could vaccinate as many dogs from as many places as possible, without reaching a critical mass of vaccinations necessary for herd immunity. They didn’t have the resources to get to 70% immunity on the large scale.

“I think the question grassroots campaigns have to ask themselves is, is that their goal just to have local outreach and help a few individuals, or are they trying to eliminate it at the landscape-level scale, which is the bigger picture goal. I think, going forward, the answer should be, you should have both,” says Ferguson. “We need massive, large-scale efforts, but the reality is that money and resources are limited. That’s where these grassroots campaigns are helpful. We were able to expand from 5 to 17 communities because we partnered with the national and county government from the get-go.”

“Our target of vaccinating more than 70% of dogs in Laikipia County through sustained campaigns will interrupt transmission in the reservoir population so that the disease is eliminated. LRVC does more than just vaccinating dogs against rabies, we visit schools to raise awareness amongst children–the most affected population by the disease–about rabies prevention,” says Dishon Muloi, a scientist at International Livestock Research Institute and one of the study’s lead authors.

“The need to eradicate rabies is both for the protection of people as well as wildlife, which includes some of the most endangered carnivores like the African wild dogs. For many years, infectious diseases have remained the main cause of endangerment for these species, with rabies playing a leading role in the endangerment of the African wild dogs. With massive vaccinations, and achieving 70% coverage, we will be able to protect both people and wildlife,” says Ngatia.