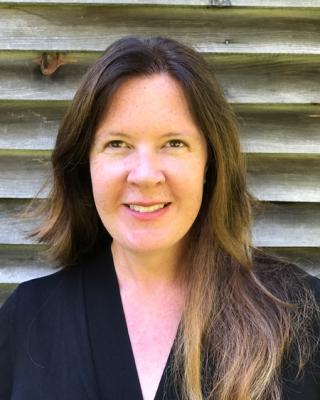 In what could serve as a model for tackling one of the nation’s top public health crises, a University of Massachusetts Amherst epidemiology researcher is teaming up with two Western Massachusetts sheriff’s offices to design, implement and study an opioid treatment program for jail detainees in Franklin and Hampshire counties.

Funded with a $1.5 million grant from the federal Subtance Abuse and Mental Health Services Administration, the three-year project aims to deliver medications to some 500 detainees who agree to treatment, and connect them to follow-up care through a comprehensive community reentry program after their release.

Elizabeth Evans, assistant professor in the School of Public Health and Health Sciences and one of the grant recipients, will collect data from all the stakeholders to measure the project’s outcomes. “The idea is to distill the lessons learned into a playbook or guide that can be used in jails in Massachusetts and across the nation,” Evans says.

The opioid crisis has grown so severe that Americans are now more likely to die from an unintentional opioid overdose than in a vehicle crash or any other accident, according to the National Safety Council.

Opioid addiction “is probably the issue of the 21st century in terms of public health,” Evans says, and the project reflects a shift in the approach to addressing the crisis. “Evidence supports the use of medications to treat opioid use disorder. This model signifies a willingness of the sheriffs to deliver care to reduce recidivism and to save people’s lives,” she says.

Evans will help Franklin County Sheriff Christopher Donelan, Assistant Superintendent Ed Hayes and their staff expand and formalize the groundbreaking opioid treatment they began offering inmates in 2015 at the county jail in Greenfield. She also will work with Hampshire County Sheriff Patrick Cahillane, Assistant Superintendent Melinda Cady and their staff to implement the same program in the Northampton jail.

The location of the rural counties along Interstate 91 leaves residents particularly exposed to the effects of opioid trafficking. For many of the jail detainees, it will be their first opportunity to receive evidence-based care for their disorder, Evans says. “This is a health condition,” she says. “And this is a very vulnerable population.”

Each of the jails has a medical director who assesses the need for treatment, prescribes the medication and monitors the detainees who receive it. An estimated 40 percent of inmates at both jails report having an opioid problem, Evans says, and most are willing to receive treatment, which can begin in as few as four days after arrest.

The treatment medications include Suboxone, which contains buprenorphine and naloxone to help ease cravings and the severe, flu-like symptoms associated with withdrawal; and Vivitrol, an opiate-blocker given as an injection that lasts about a month. Jail authorities also are seeking DEA approval to offer methadone, a synthetic opioid commonly used to treat opioid use disorder.

“People who experience withdrawal develop a fear of ever experiencing that again,” Evans says, which helps explain both the cycle of addiction and the high risk of overdose for detainees following their release from jail.

According to a 2018 Massachusetts Department of Public Health report, the opioid overdose death rate is 120 times higher for recently released inmates than for other adults. And the first month after release is a critical time.

“We recognize that the period after release from jail is a high-risk period for overdose and death from opioids,” Evans says. “The inmates’ tolerance changes and their bodies cannot withstand the same amount of substances as they could pre-incarceration. They often return to use at the same level, which becomes a lethal dose for them.”

That’s why connecting people to medication providers and social services after their release from jail is a crucial part of the program, Evans says.

Franklin and Hampshire counties are among seven in the Commonwealth in a pilot program mandated by the Massachusetts Legislature to start offering medication to inmates with opioid use disorder by September. Evans says the data gathered from the three-year project in Franklin and Hampshire counties may inform the Commonwealth’s burgeoning plan for jail-based opioid addiction treatment.

“Jails used to be all about public safety,” Evans says. “Now they are taking on a public health role. This has potential benefits to both the incarcerated people and to us as a society.”

How to keep stink bugs out this winter

Miro2 is a Parkin receptor for selective removal of damaged…