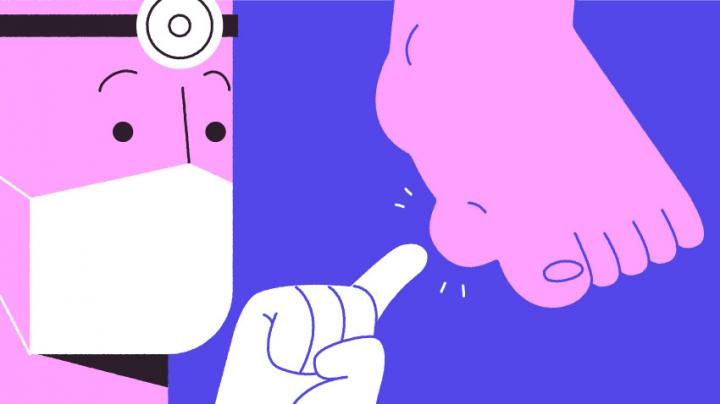 By combining two medications, researchers at Michigan Medicine optimized a therapy for people with gout, a condition that causes severe damage and disability if left untreated.

The study revealed how a second drug taken orally more than doubled the effectiveness of Pegloticase, an intravenous gout treatment used to dissolve crystalized uric acid in the joints when oral medications fail.

“Gout is a challenging disease to treat because there are only a handful of oral therapies to lower uric acid,” says Puja Khanna, M.D., M.P.H., a rheumatologist at Michigan Medicine. “Now, we have a medication that works and gives us a better chance to help people who have been suffering from gout for decades.”

When used alone, Pegloticase creates a potent antibody response in people with severe gout. Khanna led a team of researchers to analyze whether an immunomodulation drug called mycophenolate mofetil, or MMF, would limit this antibody production and improve Pegloticase’s efficacy to sustain a low urate level.

The study included 32 subjects who randomly received either MMF or a placebo orally before starting Pegloticase infusions, which are given every two weeks for six months. After three months, they stopped receiving the oral medication and continued infusions for another 12 weeks.

Historically, only 42% of patients treated with Pegloticase saw their uric acid levels drop below the therapeutic target level of less than 6 mg/dL. That number jumped to 86% in the trial for subjects dosed with both medications, and Khanna believes the success rate could have been even higher.

“We were hoping to cut the failure rate in half, and this surpassed our expectations,” she says. “This was a feasibility study to see a signal, but it raises the question: If we had continued the MMF for the whole study period, would we have seen a 100 percent response rate?”

While hospitalizations for rheumatic conditions like lupus and rheumatoid arthritis have decreased, gout is trending steeply in the opposite direction. This is, in part, due to limited therapies, an increase in comorbidities like diabetes and kidney disease and the high cost of treatment, Khanna says.

“Gout can cause as severe disability as rheumatoid arthritis, but there are nowhere near the number of modalities to treat it,” she says. “Getting a new medication from inception to FDA approval can take anywhere from 10-20 years, so our team combined these drugs to optimize the efficacy of what we already have.”

Aside from a larger trial, Khanna hopes future studies will examine how long subjects need to take MMF before and after starting Pegloticase transfusions – narrowing down the most effective dose and duration needed to fight this highly debilitating disease.

“We know immunomodulation needs to stay on, it just depends on how strongly the patients respond,” she says. “Gout is severely underdiagnosed, and if you treat it earlier and more aggressively, you can control symptoms and limit long-term damage to the joints.”

DISCLOSURES: The study was funded by the National Institute of Arthritis and Musculoskeletal and Skin Diseases and Horizon Therapeutics, PLC.