Largest ever study on subject uses data from more than 620,000 patients in UK health system 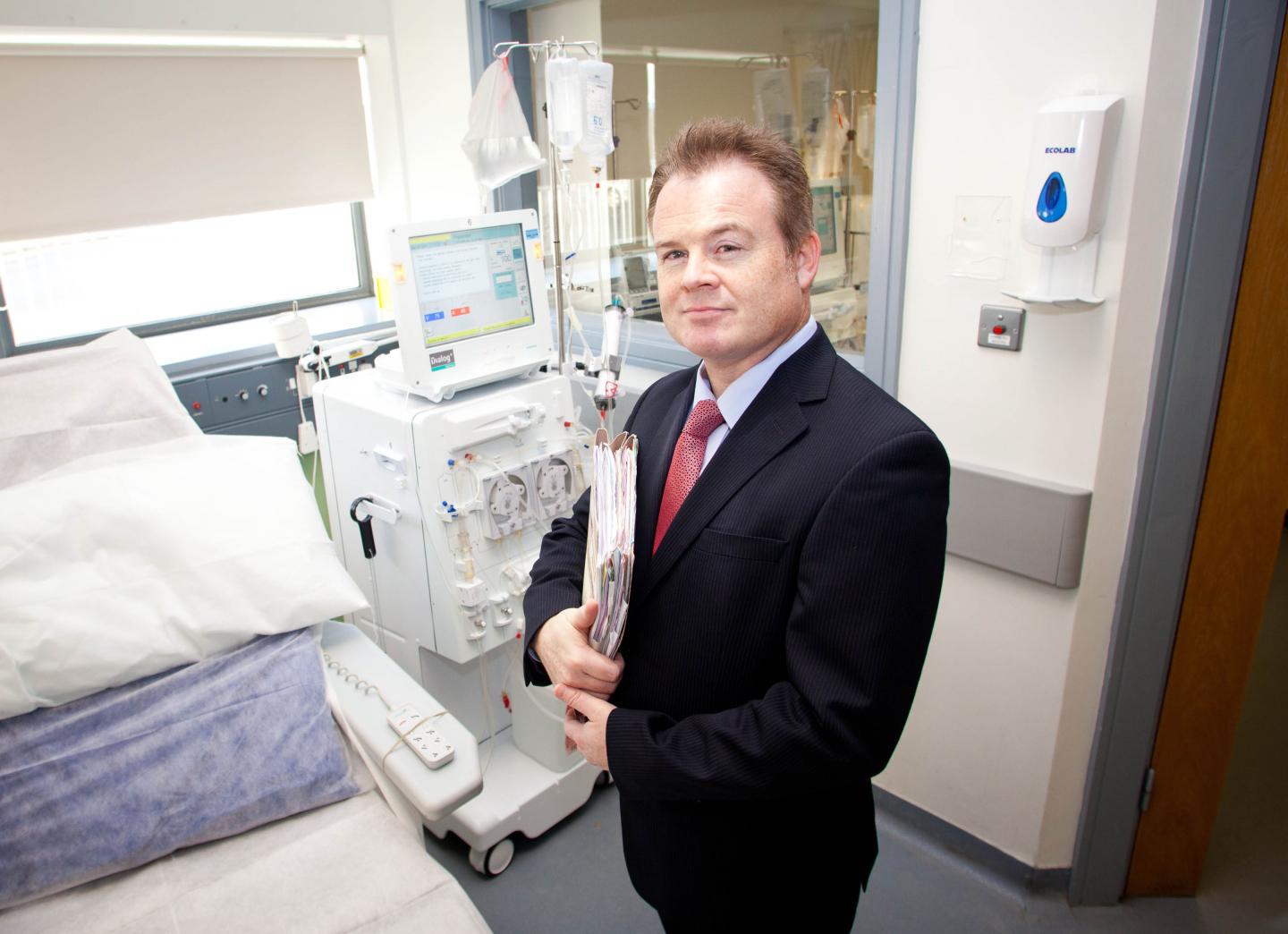 Patients with gout are at increased risk of chronic kidney disease and kidney failure, according to new University of Limerick (UL), Ireland led research.

In one of the largest and most detailed studies ever conducted, patients recruited in general practice with a diagnosis of gout were more than twice as likely to develop kidney failure than those without, according to the study led by researchers at University of Limerick’s (UL) Graduate Entry Medical School (GEMS).

The largest and most detailed study ever published on this subject used data from more than 620,000 patients in the UK health system.

It found that gout patients were also more likely to suffer a short-term deterioration in kidney function, as well as a sustained deterioration of function to less than 10% of normal, compared to patients without gout.

The researchers based their findings on results of a large UK-wide study that analysed data from the Clinical Research Practice Data Datalink (CPRD), a research database that collects clinical information on patients attending primary care centres from across the UK.

In their analysis, researchers analysed the risk of advanced chronic kidney disease (CKD) in 68,897 gout patients followed for an average of 3.7 years and compared them to 554,964 patients without gout.

“The results were quite astonishing,” said Professor Austin Stack, Foundation Chair of Medicine at UL GEMS who is lead author of the study and Principal Investigator for the UL Kidney Health Consortium at the Health Research Institute and Consultant Nephrologist at UL Hospitals.

“While we always believed that high levels of uric acid might be bad for kidneys and that patients with gout may have a higher risk of kidney failure, we were quite surprised by the magnitude of the risk imposed by gout in these patients. We were particularly interested in the risk of advanced kidney disease, as these patients in general have a higher risk of kidney failure and death.

“In our analysis, we defined advanced kidney disease based on four specific criteria; need for dialysis or kidney transplant; failing kidney function to less than 10% of normal; doubling of serum creatinine from baseline; and death associated with CKD.

“Overall, we discovered that patients who suffered from gout had a 29% higher risk of advanced CKD compared to those without gout. Indeed when we analysed each of the components of advanced kidney disease, we found that in general gout patients were at higher risk of a deterioration in kidney function compared to those without.

“Astonishingly, when we looked at the risk of kidney failure and those who needed dialysis or a kidney transplant, we found that gouts patients had more than a 200% higher risk of kidney failure than those without gout,” Professor Stack added of the study, which has just been published by medical journal BMJ Open.

The study sheds new light on the importance and potential impact of gout on kidney function. Although previous studies have shown that gout patients have a higher burden of kidney disease, none has convincingly shown that gout can contribute to the development of kidney failure.

“Our study had several important strengths that overcame the limitations of previous studies. It is one of the largest studies ever conducted with over 620,000 patients included,” said Professor Stack.

“Second, the study was representative of patients that are typically seen in general practice within the UK health system. Third, the analysis accounted for known confounders – factors that may have contributed to the development or kidney disease like hypertension and diabetes – and our findings were further confirmed in several additional analysis. Taken together, the findings from this study suggest that gout is an independent risk factor for progression of CKD and kidney failure.”

Gout is the most common inflammatory arthritis which causes severe pain and suffering due to a build-up of uric acid in joints. It affects almost 2.5 % of the adult population and causes significant pain and disability due to its effects on joints, tendons and bone. Treatments that lower uric acid levels in the blood stream are effective in preventing both the acute flares of gout and the long-term damage it causes in joints, however current evidence shows that gout remains poorly managed in the population.

CKD is a common chronic condition that affects around 15% of adults in the Irish health system and has a major impact on a person health.

“Each year over 450 patients develop kidney failure in Ireland and require some form of dialysis treatment or a kidney transplant,” explained Professor Stack.

“This continues to be the case despite our best efforts at controlling blood pressure m diabetes and other well established risk factors. In fact in over a decade, the numbers of patients who develop kidney failure in Ireland has increased from 2,848 in 2005 to 4,440 in 2017 (a growth of 56%).

“The result of this new research suggests that gout may also play an important role in the progression of kidney disease. The identification of gout as a potential risk factor opens up new opportunities for the prevention of kidney disease and its consequences,” added Professor Stack.

The research was conducted in collaboration with researchers from OXON Epidemiology in the UK, and AstraZeneca in the UK and US.

About University of Limerick:

The University of Limerick is an independent, internationally focused university with more than 15,000 students and 1,400 staff. It is a young, energetic and enterprising university with a proud record of innovation in education and excellence in research and scholarship.

More information is available at http://www.ul.ie.

Snapchat U of Limerick

About the UL Kidney Health Consortium

The UL Kidney Health Consortium at University of Limerick’s Health Research Institute (HRI) and the Graduate Entry Medical School (GEMS), is leading a number of national and international studies to improve the outcomes for patients with kidney disease. Led by Professor Austin Stack, the team includes kidney specialists and specialist nurses from University Hospital Limerick (UHL) and research fellows, biostatisticians and medical students from the UL GEMS. The study was conducted in collaboration with researchers from OXON Epidemiology in the UK, and AstraZeneca in the UK and US. The Kidney Disease Surveillance Programme is funded by the Health Research Board (HRA-2013-PHR-437 and HRA-2014-PHR-685).

The use of mobile phone and the development of new pathologies